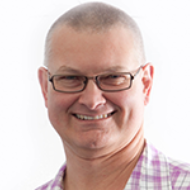 I'm Dr David Liew, your host for this episode, and it's a pleasure to be back and speaking to Professor Greg Kyle today about patient familiarisation programs. He is a Professor of Pharmacy at the Queensland University of Technology and he's written an editorial on patient familiarisation programs in the December 2017 edition of the Australian Prescriber. Greg, welcome to the program.

So a product familiarisation program is almost a try-before-you-buy set-up where the pharmaceutical company will provide therapy for a certain number of patients, and it's usually up to 25,000 patients, which is ongoing therapy until the product acquires PBS listing. So what that means is patients are getting an ongoing supply of the medication so prescribers can become familiar with the product, see how it works in real-life practice and, unlike a sample or a starter pack, it's not limited to about a week's worth of therapy or a short-term amount just to try a few days for initial side effects.

Great. So these are drugs which have gone through the TGA registration process, they've been approved in Australia, is that right?

Definitely, so drugs that are used on product familiarisation programs have met all of the requirements for registration in Australia, and this is just a trial program that occurs before the product gets PPS listing.

So this is completely different from, for example, the starter packs that you might find in a GP practice where there's a few tablets of a certain medication for a patient to start on before they start on the script, isn't it? This plays a completely different role in the scheme of things.

This is a longer term, essentially introduction to therapy so the prescriber can see how the patient goes over the longer term of a few months or about six months before the product gets the PBS listing. From a pharmaceutical company perspective, it's a chance to get prescribers familiar with their product and a little bit more comfortable with it. From a patient perspective, it allows access to the product earlier, and there's no cost for the patient so that makes life a little bit easier for them but it also means that the financial barrier that normally is there for new drugs before they’re PBS-subsidised has been negated.

So by that you mean these patients are getting this drug completely for free while the PBAC is in the process of making decisions as to whether this drug is something which is viable or not, or how it should be priced in Australia, or how much the PPAC, the PBS should be paying for it?

Because I can imagine that that process takes time. It takes time for the PBAC to assess a drug, and in that time clinicians might see patients who might potentially benefit from the drug, though I guess there's a role there where drug companies feel that it'd be a good idea to provide clinicians with the chance to prescribe this drug before the PBAC has their say.

That's right, although there is a limitation on product familiarisation programs where individual prescribers are limited to a maximum of 10 patients that they can enroll in the program, so the advantage there is it does mean that access is spread across a larger number of prescribers rather than a few who get in early, maybe taking up a lot of the available spots.

Okay, so that's a good way of getting a lot of clinicians to get used to the medication and it's a way of spreading it out over, perhaps geographically, over a lot of people. Are there potentially problems in the way that that's regulated in each clinician only having 10 people to give the drug to?

Well, this brings us into some of the actual or perceived disadvantages depending on your perspective, and that's where a lot of people can say that product familiarisation programs are a veiled marketing exercise by the pharmaceutical companies so, whereas a sample or a starter pack is a short-term marketing arrangement, and there's research to show that if a prescriber uses the starter pack then they're more likely to prescribe that particular product. In the same way product familiarisation programs start getting a prescriber used to prescribing that product before it actually is available on the wider market through the PBS.

So it must be the case that these product familiarisation programs help to increase uptake. Has there been any work that's been done in this area?

Not specifically that I'm aware of, however you can apply a lot of the marketing literature around pharmaceutical companies in that regard. I mean let's call a spade a spade. Pharmaceutical companies are in the business of making money, just like any company is, and that's not necessarily a bad thing. We know how much is reinvested through research and development, and people can argue about are they making too much profit, too little, should it be regulated, but they’re arguments for a different day. The main thing around marketing of pharmaceuticals is it's about matching the need for treatment with a product that's available, and that's really marketing 101. From a pharmaceutical perspective and where government money's come into it, an argument can be made that, is a product familiarisation program generating a ready market that's available, ready to go on day one, as soon as that product receives a PBS listing? If we look at a recent example of dabigatran, there were 25,000 patients in Australia enrolled in the product familiarisation program. So the day that dabigatran was listed on the PBS there's 25,000 patients ready to go on that particular product. There's no ramp-up phase to get up to that 25,000. That becomes the starting point.

Right, so that's clearly very advantageous for the company not to have to sit through that ramp-up phase. Do you think that product familiarisation programs affect the way that drugs are listed because certainly the PBAC does seem to go through quite a rigorous process of pharmacoeconomic analysis in terms of making decisions about drugs.

So having a whole lot of patients who are already potentially getting benefit from a drug while it's on the PFP, does it have the potential to affect PBA decisions, or do you think that's fairly well insulated?

There's always the possibility, however the PBAC process is separated from that and a lot of people would say the PBAC process can actually be quite cold in terms of listing a drug versus not listing a drug, and it seems just about every drug that's been listed recently there's been a raft of patients who have said great, and every drug that hasn't been listed there's also been a raft of patients who have said, I can't afford to use this, it’s the only thing that's working for me. So there's always going to be the winners and the losers.

Well it's great to hear that the PBAC is really rigorous in the way that it treats taxpayer money but certainly, it sounds like there's a lot of potential financial gain from eliminating that ramp-up here and getting straight to getting the drug out to as many consumers as possible, well, that seemed to happen quite effectively with dabigatran, didn't it? I mean it really, in an area where there were potentially a few competitors in that class, dabigatran was able to get a strong foothold early, wasn’t it?

It was. It was one of the early ones in the class to market and, as with everything, you can argue pros and cons. Certainly in writing this article and going through the peer-review process, there were people who argued I was being, presenting too much of an argument one way or too much of an argument the other way, and it's difficult to try and get that balance, and it's always difficult to try and get the balance when you're talking about dollars, and especially taxpayer dollars and value money versus health of individual people as opposed to health of the population as a whole.

Right, so the product familiarisation programs are regulated by Medicines Australia, part of the self-regulatory process. What kind of obligations do the companies have in amongst this because I suspect they're not just allowed to do whatever they want.

No, the product familiarisation programs have a framework that's around them and they’re quite tightly controlled. There's usually a six-month maximum but extensions can be allowed. There's the number of patients each prescriber is allowed to enrol. That's also a product that's pending PBS listing, so it’s not just any old product that gets registered on the TGA database. There needs to be a framework around these types of programs and there’s the balance between allowing patients who no other drug works for access to these drugs while they're pending PBS listing at a reasonable price versus saying no, you can't have the medication or you can have the medication, you just have to pay the full price, and we have a range of compassionate programs in Australia and this is one of them. You can call the compassionate program if you like for the early listing of a drug. The risk to the drug company is they generate a market and the product doesn't get PBS listing, in which case a lot of those patients are going to go back on to other previous therapies. The benefit is they have already made market, ready to go onto the PBS.

Well there's certainly lots to think about it but unfortunately that’s all we've got time for today. Thanks very much for your time today Professor Kyle.

Greg Kyle’s full article is available online at nps.org.au/australian-prescriber and like our whole journal it's free. The views of the hosts of the guests on this podcast are their own and may not represent Australian Prescriber or NPS MedicineWise. I'm Dr David Liew and thanks once again for joining us on the Australian Prescriber Podcast.