SGLT2 inhibitors are beneficial for diseases other than diabetes. 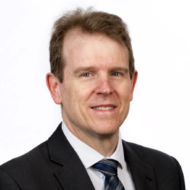 Normally used as a glucose-lowering agent in the treatment of type 2 diabetes, SGLT2 inhibitors have been found to have beneficial effects in patients with heart failure and kidney disease. Jo Cheah finds out more from cardiologist John Atherton. Read the full article in Australian Prescriber.

The reality is they're actually very well-tolerated drugs compared to a lot of other drugs we prescribe, and very simple to use.

Hello, I'm Jo Cheah, and this is the Australian Prescriber podcast. Joining me today is Professor John Atherton. John is a Director of the Department of Cardiology at the Royal Brisbane and Women's Hospital. Thank you so much for joining me today, John.

John has co-authored an article in Australian Prescriber and it's titled “Sodium-glucose co-transporter 2 inhibitors beyond diabetes.” So, what are SGLT2 inhibitors normally used for?

Well, traditionally SGLT2 inhibitors have been used as glucose-lowering agents for patients with type 2 diabetes, although more recently studies have demonstrated that there are benefits that go beyond the glucose lowering.

In terms of those studies, what are the other indications that they're looking at using this class of medication for now?

And can you describe the mechanism of how the SGLT2 inhibitors work in heart failure?

The mechanism as to how these drugs actually work is the big question, we don't know. What we think it's pretty unlikely to relate to is the simple glucose-lowering effect of the drugs because other drugs that lower glucose to a similar, or in some cases greater extent, don't necessarily have these benefits, certainly not in terms of the degree of lowering of heart failure events that we see with the SGLT2 inhibitors. So that's unlikely to explain it. With reference to their benefits in patients with heart failure, they've been shown to have a beneficial effect on the adverse remodelling of the heart that can preclude reducing left ventricular hypertrophy, as well as other beneficial effects on adverse remodelling.

Possibly they also have a diuretic and natriuretic effect which might account for some of the early reduction in events. Now, of course we have other agents that have a diuretic and natriuretic effect and also reduce congestion, but these drugs seem to do it without contracting the blood volume, and don't seem to lead to neurohormonal activation. In fact, they may even have beneficial effects on neurohormonal activation. So that might well account for some of their benefit, at least in the short to medium term.

It's likely that there are other ways in which these drugs work that we don't fully understand. For example, they may have a beneficial effect on cell survival pathways. There's been a lot of debate about whether or not they have a beneficial effect by making ketones a preferred source of fuel, if you like, for the heart. Although, I think that's a little bit controversial and there's some conflicting data in that area.

Are SGLT2 inhibitors currently registered for the conditions we just spoke about?

That's how they've been tested in the clinical trials. Part of a debate then comes about as to where we should put them into the clinical pathway, and particularly in heart failure. That's a big discussion at the moment, because we know there are other drugs that also have clear benefits in patients with heart failure and a reduced ejection fraction, such as ACE inhibitors or angiotensin receptor–neprilysin inhibitors, beta blockers, particularly what we would call the heart failure beta blockers, and mineralocorticoid receptor antagonists, such as spironolactone or eplerenone.

I think the current thinking is we should be using a bit of everything, and that bit of everything would include SGLT2 inhibitors in patients with heart failure and the reduced ejection fractions. So it is on top of other care, but we're saying you should almost be putting all of those in together. Now, for patients already on those treatments that's easy. I guess the question comes up more so for patients who are newly diagnosed, as to how we start all these agents.

And in terms of prescribing and dispensing, and I guess the cost of the medication, are they PBS listed for the indications that we've spoken about?

Are there any patient groups where you would avoid prescribing SGLT2 inhibitors?

First of all, patients who are pregnant or lactating we would advise avoiding these agents. Also in patients with end-stage kidney disease, particularly those on dialysis. We just don't have data in that space, so that would be another group to avoid them. Patients with type 1 diabetes have been not included in these clinical trials, and there's some concern with their use there, although there might be theoretical reasons why they might still be beneficial in that space, but they've generally been deemed as another exclusion. And I guess, another group would be patients who've had prior ketoacidosis where we would often exclude them, or at least that would really require high-level specialist input in terms of prescribing in such patients.

Clearly in patients who are fasting or acutely unwell, we would withhold the drugs for that period of time, so if someone has severe gastroenteritis or has to be nil by mouth for a procedure. Also, patients who perhaps are on these sort of ketogenic diets, or a low-carbohydrate diet, maybe patients who have excess alcohol, to the extent again that they might be more at risk of ketosis. So those would be groups we'd be cautious about using these agents. And that of course applies to any drugs we prescribe, and I guess I've given you a list of the worst-case scenario there, but the reality is they're actually very well-tolerated drugs compared to a lot of other drugs we prescribe, and very simple to use.

Would you be able to give a brief summary of the main side effects and how you would go about managing them?

Probably the biggest one to mention are the fungal genital infections. This is more of an issue in women or in men who have not been circumcised, and generally with hygiene and the like, that's something which is manageable and there are treatments, and it's more often a nuisance. There is a rare condition called Fournier’s gangrene, which has been reported. As I say, very rare, but something else to be aware of in that space. The patients who are on other glucose-lowering agents, especially insulin or sulphonylureas, they have a higher risk of hypoglycaemia when you add in an SGLT2 inhibitor. In patients who are on insulin or sulphonylureas, particularly if the glucose levels are being well controlled, you would consider reducing those agents as well to reduce the risk of that.

Also, ketoacidosis is one of the concerns we have with these drugs, and it can occur without necessarily a particularly high glucose level. It's mainly a side effect that's been reported in patients with diabetes in the major randomised controlled trials. I'm not aware of any reported cases of ketoacidosis in patients without diabetes, but nonetheless we'd give the same advice regarding that for patients with and without diabetes. Volume depletion is another one that, at least in theory, can be an issue, particularly in patients who might be already on diuretic therapy, let's say to treat their heart failure, but they're relatively euvolemic, so they're not congested. One might consider backing off a little on the dose of diuretic, loop diuretic, let's say. And they can also lower blood pressure, although they lower blood pressure less than many of the other agents we use to treat patients with heart failure.

Similarly, fungal infections is probably less of an issue, but could still occur because you're excreting glucose, but that's probably a bigger issue again, in patients with diabetes. So most of them, I think the side effects are going to be either similar or less pronounced I would say, in patients without diabetes, but something we should continue to monitor.

Do you envisage SGLT2 inhibitors to be used in any other conditions? Anything that you've seen in your practice or in trials lately?

They have been trialled in almost everything, starting from the diseases we've mentioned, but also even being looked at in patients with COVID, would you believe?

And there's been another study looking at patients with kidney with dapagliflozin, that's achieved its primary end point. There's another one with empagliflozin we're going to hear more about shortly, and that was including some patients without full proteinuria, if you know what I mean. There's microalbuminuria included in that study as well. So it'd be interesting to see the extended outcomes from that study, that being with empagliflozin.

Thank you, John. That takes us to the end of our episode, and it's been wonderful having you on the program.

Thank you, Jo. It's been a pleasure.

The views of the host and the guests on the podcasts are their own and do not represent Australian Prescriber or NPS MedicineWise. John has been a member of advisory boards and received honoraria and travel support to attend conferences and educational meetings from AstraZeneca, Boehringer Ingelheim and Eli Lilly.

I'm Jo Cheah, and thanks again for joining us on the Australian Prescriber Podcast.