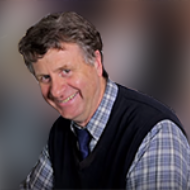 Dr John Dowden, Editor of Australian Prescriber, is interviewed by Dr David Liew about the top 10 drugs in Australia for 2016–17. Find out what has changed in terms of prescription counts and cost to Government over the past 10 years.

Thank you David. As you say I've been around for a long time and I thought it'd be interesting to contrast the top 10 drugs in Australia for 2017 with those of the top 10 drugs for 2007, ten years ago. There's been quite a seismic shift in the cost of drugs to government in that time and a complete change in the most expensive drugs prescribed in Australia.

So before we get into this, this is obviously a tradition, every year Australian Prescriber publishes the data. Can you tell us a little bit about how this data comes about, where these data come from?

These data come from the Pharmaceutical Benefits Scheme and the Repatriation Benefits Scheme so we have our top 10s by prescription count, we have a top ten by something called the defined daily dose per thousand population per, which as its name suggests gives you an idea of how many people in a thousand are taking a particular drug, and then we also do the top 10 drugs by cost to government.

Great. So you've got in front of you here the latest data that's in the December edition and then you've got some data compiled 10 years ago as well.

Yes it's very interesting. The drug which is prescribed the most in Australia in 2017 is exactly the same as the drug which was number one 10 years ago.

All right, and what is that drug?

This is atorvastatin for treating high cholesterol.

Is that surprising, do you think, or that it's maintained its place at the top of the usage charts for that long?

I think the top 10 drugs by prescription counts and by defined daily doses reflect how frequently drugs are prescribed, so drugs which are prescribed particularly in general practice a lot of prescriptions so they get into the top 10. So these top 10 drugs are indicated for common conditions, so high cholesterol, high blood pressure and stomach ulcers. So the top 10, again by prescription count, include atorvastatin, rosuvastatin, esomeprazole and pantoprazole for stomach ulcers and reflux, and then because of the way the figures are collected we have a few antibiotics in the top 10 such as amoxicillin and cefolexin and a combination of amoxicillin and clavulanic acid.

So I guess it's not surprising in many ways that the drugs that were in the top 10 in terms of overall usage in 2006 and 7 are the same ones that we're looking at now, given that they’re the kind of drugs say older people might take, and we've got this increasingly aging population.

Well not just an aging population, of course, but the sort of prevalence of conditions like hypertension, hypercholesterolemia, so it always interests me that many of the drugs that we prescribe a lot are for conditions in which very much a lifestyle component to be considered and it's important to remember that for these conditions that lifestyle changes are an important part of the management and we shouldn't just rely on drug treatment alone.

So what else is interesting in the top 10 in terms of overall usage?

Well again, David, if I can draw a contrast between 10 years ago and today, back in 2007 the drugs which cost the most to the Pharmaceutical Benefits Scheme were those same drugs which were frequently prescribed. So for example the top two drugs by cost to government in 2007 were atorvastatin and simvastatin. So they were the most frequently prescribed drugs and they were therefore the ones that the PBS spent the most money subsidising. If we jump forward 10 years those two statins are nowhere in the top 10 and the amount spent on the number one drug 10 years ago, we’re talking about 562 million on atorvastatin but that's probably only about half what we're spending on the number one drug by cost in 2017 and that is a combination of ledipasvir and sofosbuvir for hepatitis C.

Ah, a hepatitis C drug. So that's I mean that's at the top and then sofosbuvir by itself is at number two as well, so that's a big burden to the PBS and all part of the government's initiative.

And there's also daclatasvir as well at number three. So these, you know, we're spending on the face of it over a billion dollars on treating hepatitis C. There's only about 150,000 prescriptions over the year but because the drugs are expensive they add up to a high cost. But this is where we've got to be very careful because the actual cost and what the Pharmaceutical Benefits Scheme is paying may not be the same thing. These days the Pharmaceutical Benefits Scheme often enters into a risk-sharing agreement whereby, if the expenditure on a particular medicine exceeds a certain threshold, some of the expenditure will be rebated so I suspect that will be very much the case with some of these hepatitis C drugs. The government committed to spending a billion dollars but on the figures we have today the expenditure has been well over a billion dollars.

And it's fair to say that that kind of expenditure probably won't last forever.

Well of course the idea is that you invest now and reduce the prevalence of hepatitis C because as we know these drugs are very effective if they're taken appropriately and we will get the payoff in the future with less hepatitis C, less cirrhosis and less liver cancer. We look forward to reporting that in Australian Prescriber maybe in another 10 years.

Indeed, so I think the thing that's striking on that same theme is that if you take a look at the top 10 drugs from 2006 and 7 and then compare them to 2016-17 we're looking at everyday drugs 10 years ago and I wouldn't call any of the drugs, well very few of the drugs in the top 10 at the moment, everyday drugs.

That's correct. The top 10 by cost are all highly specialised drugs nowadays, so we have the drugs for hepatitis C, the biological treatment of rheumatoid arthritis, some anti-cancer drugs and we have a couple of drugs for treating macular degeneration.

Hmmm, it's interesting that when you mentioned rheumatoid arthritis we've got adalimumab and etanercept in the top 10. These are two drugs which are soon to have biosimilars, probably will have biosimilars, enter the PBS in the near future if they haven't already.

Yes, well it’ll be interesting to see what happens to those numbers when alternative products become available.

Absolutely. It's interesting to see pregabalin sitting at number eight in the drugs by cost, at least by the numbers that we've got without the rebates, and that's certainly a big increase that we've seen in pregabalin use in Australia.

Yes, there was 3.79 million prescriptions so, if you want to use our measure of defined daily dose per thousand population per day, you could say that in every thousand people 32 are taking pregabalin.

So it's been great talking to you John. Thanks very much for your time and hope to speak to you on the podcast soon.

Look forward to it, thanks very much.

The full top 10 tables are available online with the rest of our journal at nps.org.au/australian-prescriber and like our whole journal it's free. The views of the hosts and the guests on this podcast are their own and may not represent Australian Prescriber or NPS MedicineWise. I’m David Liew and thanks once again for joining us on the Australian Prescriber Podcast.