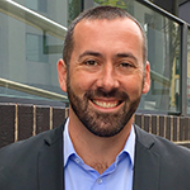 Dr David Liew interviews clinical pharmacologist Darren Roberts about why codeine is being rescheduled to a prescription-only medicine and what the implications are. Read the full article in Australian Prescriber.

I'm Dr David Liew, your host for this episode. It's a pleasure to be back and speaking to Associate Professor Darren Roberts today about codeine. Dr Roberts is a clinical pharmacologist and toxicologist at both St Vincent's Hospital in Sydney as well as the Canberra Hospital, and he's written an editorial in the February edition of Australian prescriber on changes to codeine. Darren welcome to the podcast.

Thanks David. It's great to be here.

So, it's really bit of a hot topic and it seems to fire up emotions all around. What's the problem with codeine?

Look there's a number of problems with codeine. There's been a number of studies which have looked at the effect of codeine. They've compared codeine to other drugs which have been used for the treatment of pain such as paracetamol, ibuprofen and combinations of these, and actually these studies haven't stacked up to show that codeine was even useful. Now there's been some debate around these studies as to whether or not the conditions that we were treating in those things apply to all conditions that codeine’s used for, nevertheless the whole signal remains that codeine isn't particularly useful, and this is the case with the doses that we're using at the moment for over-the-counter. This is low-dose codeine, 8 mg per tablet. Normally you take two tablets as part of treatment and we really just don't think that that's very useful. But the other issue which really has generated a lot of emotions relates to misuse. So, people have been taking codeine not for the treatment of pain and not for the treatment of short-term acute pain which is what the intention is for it to be available. They've been taking large doses and when I say large doses I mean 50 or more tablets a day. There are also some people who have been using it for chronic pain.

Okay but this is a drug that's been around for a long time and there are a lot of potentially quite responsible users who feel that they're getting benefit from this. I know that it might not be an enormous amount of evidence in a population basis but there are certainly some people who swear by and obviously keep on buying it. Are these people potentially at risk? I mean I think people on the street might not necessarily associate codeine as a drug of addiction.

Is this being reflected in referrals for addiction medicine services?

We're actually seeing that it's an increasing problem. It's certainly not the major reason why people come in to see addiction medicine services but maybe we don't know all of the people who are addicted to codeine but we can see from studies which are from multiple centres across Australia that there is an increasing proportion of people who are presenting to drug and alcohol treatment centres with addiction to codeine, and actually a significant proportion of those it's over-the-counter codeine. This is not what's being prescribed by their doctor, it's codeine that they've been able to obtain through pharmacies, often multiple pharmacies, and as mentioned they're taking very large amounts. So not only is codeine an issue but the other medicines that are co-formulated with the codeine, the ibuprofen in particular but also paracetamol, are also an issue.

There's quite a bit of toxicity we understand about from ibuprofen and from paracetamol, isn't there?

Well actually no. We're actually learning more information about the toxicity of these agents from this combination. So we thought we understood all the side effects of ibuprofen. It’s only for the first time in 2002, I think it was, early 2000s anyway in the UK that they identified this new renal toxicity from ibuprofen, which is a distal renal tubular acidosis and it's only in people who are taking these massive doses. We didn't know about this beforehand. In Australia with the increasing use of the combination product of ibuprofen we're seeing increasing prevalence of these cases but we’re all aware of the toxicity of paracetamol particularly excessively in terms of the liver, but the ibuprofen is a new finding.

So obviously this is a drug that's sold over-the-counter, in combination with potentially toxic drugs, that people need to take a whole lot of to get the effects that they want but at the same time get a whole lot of toxicity from. It's a prodrug of morphine and the people who are potentially going to experience detriment are not necessarily obvious at the moment.

That's definitely the case. So, we think that misuse of codeine, particularly in problematic amounts like I mentioned, is largely a hidden problem. We are seeing some people come in to addiction medicine services because of problems that occurred either due to the co-formulas, the ibuprofen or paracetamol, or just because of the stress to the family and their difficulty in workplace and other factors which actually help to highlight the fact this addiction was a problem. But at the moment I think there's a lot of shame, a lot of stigma, a lot of self-denial of patients in terms of their addiction to codeine, and we hear multiple stories of people saying today will be the last day, I'm going to get help tomorrow, and it's very difficult to fight on your own.

Codeine was identified as being a problem by the government back in the 2000s, early 2000s, where there were these concerns in terms of misuse, large amounts and harm which is coming from use of codeine. So, you're exactly right. They've made multiple steps leading up to this point where they've attempted to reduce the pack size, reduce the availability, for example it's gone from over-the-counter to pharmacist only but unfortunately, we're still seeing increasing use in very large amounts and the problems of misuse. So, despite these changes there is still concern and that's why the TGA has now made this decision to go to prescription only.

Okay so how’s rescheduling codeine going to help? I think there'll be people who would say well I'll just go to my GP, I'll get a prescription for codeine and I'll go to my pharmacy and all that's going to do is mean that there's a GP visit in between, it's going to be a waste of everyone’s time. What would you say to people like that?

I think there're two things. First of all, this is not all about harm. It's also about questioning the effect of codeine. In the current doses that are available over-the-counter we don't have good data saying that it's useful. So why are we recommending it? Firstly, if we think that it is useful maybe we should do some studies. But that's a different question. What going to a doctor will do is a few things. It will allow exploration and a review of the current pain management. At the moment we believe all of this codeine is largely being used for the treatment of pain and then by seeing your doctor allows a detailed assessment of your pain and the best treatment for that. If your doctor finds that codeine is the best treatment, great but your doctor may have other alternative thoughts. They may have ideas in terms of non-medication approaches to pain. It gives them the opportunity of which to do a detailed medical assessment which is always useful.

But one thing I do know is that the non-pharmacological measures take time and they take time for healthcare providers and it's going to put a burden on a system which is already pretty stretched. So is this going to be enough by itself, or what kind of advice would you give to the GP on the frontline who's having to deal with all these extra people who might come knocking on their door with the change in scheduling?

You are right that the treatment of pain is a long-term outlook rather than a short-term outlook, and that's where I think GPs are extremely well placed. Following this change in legislation, as I mentioned beforehand it’s brought a lot of attention to the management of pain and how this could be best improved. A number of colleges and groups and societies are actually working very hard to develop guidance to doctors, in particular general practitioners, in terms of proper assessment and management of pain, to support them in their decision making and these are all readily available particularly through the College of General Practice. Pharmacists also, the PSA has issued guidance documents in terms of the assessment management and referral for pain. I think there's a lot of support for everyone.

I know there are organisations like ScriptWise as well who’ve got some very good resources and it sounds like there's an evolving array of tools that we have to be able to help combat and to help people with chronic pain with alternatives.

That's right. Well first of all remember that these medicines were never intended for use in chronic pain. The government had never approved that, but nevertheless chronic pain is common. All of us have experienced some degree of pain at some point, for some of us it's persisted for longer, and we know the impact that that has had on our lives, and I think there is just increasing attention to this both in terms of America, where they've got this epidemic of opioid crisis, of opioid addiction, which is leading to a lot more attention in terms of the management of pain and here locally also. There's increasing information all the time, increasing engagement of patients and consumers within this process as well. I think it's exciting times for the treatment of this common and debilitating condition.

Darren it's been a pleasure speaking to you, thanks very much of your time.

Thanks David, appreciate it.