An update on the treatment of rosacea with Dr Margot Whitfeld 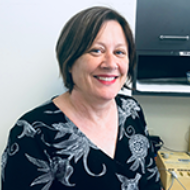 Hi, I'm Andrew Boyden and it's a pleasure to be speaking to Dr Margot Whitfeld about rosacea today. Margot is a visiting dermatologist at St Vincent's Hospital in Sydney and has written an article in the February edition of Australian Prescriber on the management of rosacea. Margot, welcome to the program.

Thanks very much Andrew.

Can you firstly please provide us with an overview of the important aspects of a patient’s first presentation that can lead to a diagnosis of rosacea, and what differential diagnoses we need to be aware of?

When a patient presents with a red face I think there are a number of things in their history and examination that make you think of rosacea. The main component is by definition flushing, that's where the redness comes from, that's where that term comes from, and in the early stages of rosacea we often see people with flushing and then the skin goes back to normal in between episodes. And this is what we kind of think of as a pre-rosacea stage, although some of those people don't go on to develop the more classic rosacea. If the patient presents to us with a history of flushing but background redness of the skin with or without dilated blood vessels or telangiectasia, then we would put them into a second level of rosacea which is really the erythematotelangiectatic rosacea which is the erythema and dilated blood vessels or broken blood vessels. So that's as a result of the prolonged flushing. If the flushing goes off in a slightly different pathway then what you can see is small red inflammatory lumps appearing on primarily the cheeks, but also less commonly the forehead and the chin, that’s sometimes associated with papules or bumps and sometimes associated with pustules. At that level we would call it papulopustular rosacea. If the flushing is also associated with either swelling of the nose or slight enlargement of the nose, that may be a very early form of rhinophyma and occasionally people will just present to say that there's been a slight change in the texture of the skin of their nose and that they can see their oil gland and hair follicle. The next most common form of rosacea is ocular rosacea. This is a combination of irritation and grittiness of the eyes, often with a sensation of dry eyes, maybe some conjunctivitis or conjunctival erythema, plus or minus styes. A very high percentage of them will also have a history of flushing and or small papules of the centre of the face.

Certainly there’s a diverse range of conditions and indeed that will influence our treatment decisions no doubt, and we'll come to that a little bit later. I think health professionals including GPs such as myself are well aware that the skin is home to a diverse range of normal flora including bacteria that can have a role in the development of rosacea, however maybe not so aware of Demodex mites as skin inhabitants. Could you tell us a bit more about these mites and their role in rosacea?

Demodex is the name given to these tiny parasitic mites that live around the hair and oil follicles. They're less than a millimetre in size and out of interest dogs have their own type of Demodex as well which can cause mange especially in puppies. But in humans we have two major types that affect the skin and the hair follicles. One is called Demodex brevis and it ingests the oil found in the sebaceous follicle, and the other one is Demodex folliculorum, again it ingests more keratin-containing products rather than the oil ones and they’re found much more around the eyelashes, so this adds to our mix of commensals of the skin.

So we really are all carrying these little mites on our skin that people will vary in terms of their immunological response to them. Would that be correct?

Yes I believe that sometimes we start to produce a more inflammatory response to both Demodex and to some other commensal organisms, making us much more likely to produce a pustular response to them.

Margot, are there certain patterns of early patient presentations for which you would recommend referral to a dermatologist or can GPs generally be confident in initiating therapy and reserving referrals for more difficult-to-treat cases?

I think that, provided the general practitioner is comfortable about looking after people with rosacea, then initiation is completely appropriate. I think the main thing to understand though is that part of the management of rosacea has to include making the patient aware that they have a condition which is not their fault. I see too many people who've been advised by friends, family, medical practitioners and others that the rosacea that they have is because they eat the wrong foods or they drink the wrong drinks and if they change something small that they will be able to manage it.

Yes, and I suppose what comes to mind there of course is the classic large nose which people maybe incorrectly assume is related to excess alcohol consumption.

Yeah I think that for some people excess alcohol can produce flushing and for a group of people probably does contribute to a rhinophyma. One of the things to remember though is that rhinophyma can occur without any alcohol and in fact many of the people who do develop rhinophyma make a conscious effort to drink either no alcohol or very little alcohol because they're worried about being perceived as someone with a major drinking problem. So the group with rhinophyma, I think, needs early referral. The other group are those who've had it for a long time and have had different types of treatments and don't know how to deal with it. One of the other reasons to consider referral is if the rosacea has been difficult to manage and that there's going to have to be a broader range of options for treatment. The major one that we do for that is isotretinoin. Isotretinoin is used both for the papulopustular and for the phymatous forms of rosacea. So I think they're another group as well as possibly the people with ocular rosacea. Ocular rosacea can also produce a keratitis which can be catastrophic.

Following on from the important comment that people may have this misconception that it's their fault, I suppose that really emphasises how important it is around communicating the diagnosis and its implications. Can you comment on what you think are important educational points we need to convey to our patients at the time of diagnosis?

I think early on it's important to explain that this disorder is most common in fair skins, Caucasian skin. The other thing that's important I think to mention is that flushing is caused by many different factors. These can be from embarrassment to stress, change in environmental temperature which is actually the most common, drinking hot drinks, eating spicy foods. That's a good start.

I suppose that really means helping patients recognise what are the triggers for them as individuals and to learn to manage those. Can you also briefly summarise the medical treatments for the four subtypes.

One of the interesting new ways to deal with flushing is to use topical brimonidine which is an alpha2 agonist and prevents the vasodilation of the skin of the face. With the telangiectatic form the vessels are persistently dilated so there is nothing that we can do to make those vasoconstrict. It means that in order to get rid of the vessels you really need to be using a form of light or destructive therapy.

In relation to papularpustular rosacea, could you just summarise the options there, and I'm interested particularly in the use of antibiotics and whether you think we need to consider resistance.

Papulopustular rosacea can either be treated with some of the topical agents, typically metronidazole gel. The way that it's affecting rosacea is thought to be due to an anti-inflammatory affection so that means it helps to inhibit the amount of pustule formation that's produced. There hasn't been shown to be any increase in resistance of bacteria to the use of topical metronidazole. For the other topical agents we’ve got azelaic acid which is largely thought to be an anti-inflammatory or immune modulator rather than antibiotic effect however it does have some mild anti-staph effect when you go back to the original literature about azelaic acid. There is now a form of topical ivermectin which is used for papulopustular rosacea and its use is on the Demodex mite. We haven't really done any research yet to find out whether topical ivermectin will alter the resistance profile of some of the other parasitic organisms that can involve the skin such as scabies. When we look at the systemic agents for rosacea the most widely used one is doxycycline. Doxycycline and minocycline. These two agents have both antibiotic effect and immune-modulating effect. At a dose of 40 mg of doxycycline it's not thought that you get resistance. We don't have that dosage yet in Australia so we can either go on a very low level of doxycycline but it will be largely having an immunomodulatory effect.

I understand the goal of the oral therapy is to improve the rosacea to a point where it can be controlled by topical therapies.

Absolutely, and I think it's really important to be able to explain to people that when you've managed to bring it under control that using the topical therapies is able to slow down the time for recurrence of the condition.

In summary what would you say are some take-home messages in relation to the diagnosis and management of rosacea?

I think the major thing to explain to people is that rosacea can be a fluctuating condition and that sometimes, despite all efforts, there can be a flare in the skin. We don't know often why this happened or whether it's a combination of stress, immunologic change but again to emphasise that it's not the patient's fault, that it's time to go back and get on to very gentle things for the skin such as simple emollients, make sure there's no irritancy from soaps, make sure there's no excessive sun exposure, and just try to get back to maintaining the skin in a fairly mild state.

Well unfortunately that's all we've got time for today. Thanks for joining me Margot.

It's been a pleasure.