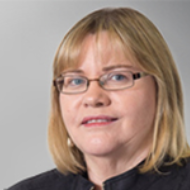 Dhineli Perera interviews Dr Treasure McGuire about the drugs that can be used to improve or suppress milk supply. Read the full article in Australian Prescriber.

I'm Dinelli Perera, your host for this episode, and it's a pleasure to be speaking to Treasure McGuire. Treasure is a pharmacist with a joint appointment across Mater Hospital, University of Queensland and Bond University. Treasure writes about the drugs that can be used to improve or suppress milk supply in the February edition of Australian Prescriber. Treasure welcome to the program.

So I guess in order to really understand the role of drugs affecting lactation we should understand the physiology of lactation. Are you able to just I guess briefly summarise for us the relationship between the hormones and neurotransmitters involved.

Sure, and you're right, it's a complex area but I think the first thing to remember is that it all doesn't start postpartum. Milk production begins between 10 and 22 weeks gestation but the magic starts within 48 hours of delivery where the mum produces mainly colostrum and over the next four days the serum progesterone decreases sufficiently to allow milk supply to become more plentiful. But it can be delayed for example if baby is premature and then what happens is, once you get that drop in the progesterone, the hormones, not just progesterone, the neurotransmitters start to interplay and this leads to prolactin being secreted by the anterior pituitary and that's in response to the nipple stimulation of baby suckling. This is inhibited by other neurotransmitters like dopamine from the hypothalamus until a pattern is set up, and if you think about that important role of dopamine, it's not surprising then the drugs that act on dopamine can affect lactation. Another important hormone is oxytocin that enables the milk let-down response so again, because oxytocin is inhibited by catecholamines that the mum produces if she's stressed or in pain, you've got a lot of perceptual issues that come into play whether a mum can breastfeed comfortably or not. It's not surprising then that it can take a couple of weeks until this pattern settles.

I guess in your article you mentioned that maternal perception of insufficient milk is the most common reason for ceasing breastfeeding, and I guess you've just touched on that vicious cycle of stress that can impact that milk supply again. What are some of the ways we can support and reassure mothers in this position?

I think the most important thing is to restore the mum’s confidence to assist her in taking control of her physiology, and so we often think things happen instantaneously. You know, if things aren't perfect for the first week or so, we need to encourage the mother to hang in a bit longer. Baby’s stored so much nutrient in their fat stores, this can cover the first week postpartum so you don't have to have that perfect milk supply straight away. You need to make sure that she's well hydrated, keeps up her nutrient intake. If baby's crying a lot it's not necessarily because they're hungry, there are lots of reasons for baby crying. And we can do simple things like avoiding the use of a dummy. Remember that suckling is an important part of the whole physiology and if baby's got a dummy they're not going to suckle as well. The mom can increase the frequency of feeding, and they can offer the baby both breasts at each feed.

So the gastrointestinal motility drugs are most commonly used off label as galactagogues. When should they be started and how long for?

This is again controversial in the respect that normally we should be aiming for non-pharmacological strategies. The problem is there is a time window where galactagogues work well and that’s within the first three weeks of delivery so I would certainly give mum the benefit of a week if baby is term to try and let nature take its course, but if we're going to need a galactagogue, and think about a mom that's premature, it's fairly obvious that the physiology hasn't had time to kick in. We should be starting in that setting the galactagogue as early as possible because within three, at the latest four, weeks of delivery the stimulus of the dopamine antagonist weakens the further we get away from the delivery date.

And so persist with the galactagogue for up to two weeks?

Yeah, you need about two weeks and that's because you'll get an increase in prolactin level within about eight hours of the first dose but it needs about two weeks for the drug to produce the breast changes that's required to sustain milk production, and so that's why the two-week window of use is recommended.

So then how does domperidone compare with metoclopramide for this indication?

They each have their advantages and disadvantages. Both block dopamine D2 receptors in the anterior pituitary and there are a number of clinical trials that have shown they have modest efficacy over placebo. Metoclopramide is the older drug, so tried-and-true, more extensive use, but it's more CNS-active which means that it has a higher risk of extrapyramidal side effects. Domperidone has more peripheral effects and therefore less CNS risk. We moved towards domperidone until there was an article published by the FDA saying that domperidone increased the risk of cardiac arrhythmias and, standing alone from a regulatory authority like the FDA, that was certainly enough to cause a lot of concern. But when you drill down to actually understand why that notice was released, you can be a little bit more sceptical about the rationale and that's because the company that makes domperidone didn't market the drug in the USA so women that required this drug were importing it from Canada. So you had this scenario for the USA where you were getting illegal importation, and there certainly are reports of prolonged QT cardiac arrhythmias, but the case reports were an association with reasonably high-dose and intravenous use, and these were patients that had often risk factors so that's very different to a healthy woman taking the drug orally in doses of 30 mg a day and in fact domperidone has quite a low passage into milk and so on balance most clinicians would choose domperidone over for metoclopramide.

Okay, so breastfeeding mothers are often after herbal solutions. Is there much evidence to support their use for this indication?

There's a wide range of evidence. Herb-derived galactagogues have been used for centuries and these plants contain lipophilic (fatty), pharmacologically active constituents which, if taken in sufficient quantity, can pass into the breast milk, so they're not going to be safer because they're natural. They can have adverse effects. The ones that are most popular are fenugreek and it's thought to work by stimulating sweat production, and the mammary glands are simply a modified sweat gland, and it may also have some estrogenic activity. There's been one placebo-controlled RCT in 66 healthy mothers and their infants and there was a statistically significant increase in the mean breast milk volume for the treatment group, but adverse effects were reported like hypoglycaemia, elevated blood pressure, diarrhoea, nausea, and mums can experience a maple syrup sort of body odour. The other ones that are quite popular are milk thistle and there have been two small RCTs, one positive, one negative, and I think what perhaps is actually more exciting is some of the herbs that as yet aren't as popular in the West but have a solid, Ayurvedic base like malunggay. There's been six randomised placebo-controlled clinical trials in the Philippines with the active constituent Moringa and so I think it's worthy of being looked at in this country, and it's thought to induce prolactin production in the anterior pituitary. There's an Indian one, shatavari from the asparagus plant, and they've been two quite promising RCTs, and another one in Indonesia, torbangun from the Coleus plant, that's also quite promising. So I think, you know, in four or five years’ time when we get better evidence we can learn from some of our Asian neighbours on some alternatives to the current galactagogues.

Absolutely. And so on the other side of the coin, Treasure, why might a woman need to suppress lactation?

Okay, well the obvious reason is that something went wrong with the pregnancy. Mum may have experienced a miscarriage or baby may not have survived the labour. Historically we used to use diuretics, estrogen, bromocriptine, but these drugs had significant side effects – increased risk of thromboembolism, cardiovascular adverse effects and dehydration – and so those drugs are no longer used. The main drug in play is cabergoline and it's a single 1 mg dose. It's a very long-acting agent and it's taken as early postpartum as possible.

Well that's all we've got time for this episode. Thanks very much Treasure.

Treasure McGuire’s full article is available online at nps.org.au/australian-prescriber and like our whole journal it's free. The views of the hosts and guests on the podcasts are their own and may not represent Australian Prescriber or NPS MedicineWise. I'm Dhineli Perera and thanks for joining us on the Australian Prescriber Podcast.