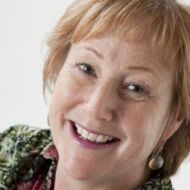 Dhineli Perera interviews Professor Amanda Wheeler about medication errors at transitions of care and how these can be avoided. Read the full article in Australian Prescriber.

I'm Dhineli Perera your host for this episode and it's a pleasure to be speaking to Professor Amanda Wheeler. Amanda writes about the importance of reducing medication errors when patients transition between health providers. Amanda welcome to the program.

Good morning how are you?

I'm good thank you. Thanks for your time. So Amanda can you start by telling us why medication errors at transitions of care are such a big problem. What are some of the consequences of these discrepancies?

It's been estimated that around half of the medication errors that that happen in hospital occur on admission or discharge. And around thirty, about 30 per cent of those errors have the potential to cause serious patient harm. Obviously the type of patient harm is it you know if medicines are discontinued in error or there's doubling up of medicines or there's a failure to detect a drug-related problem or perhaps a medicine is actually inappropriate for a person then they could have some serious adverse consequences for the person and they can lead to new drug interactions and adverse effects.

Yeah absolutely. Your article identifies some groups of people who are at significant risk when these errors occur. Can you tell us about these groups?

I mean obviously people who have complex medication regimes who are multiple medications, older people, those with mental health problems and the reason why it was often their care is shared between a psychiatrist and a general practitioner. Other people who have difficulty navigating the health system such as people who are socially disadvantaged or have low health literacy and we know that Aboriginal and Torres Strait Islander people have difficulties with medicines and maybe on multiple medicines and seeing multiple different prescribers, same with migrant populations. So these people are groups that we need to really focus on in terms of ensuring that medication information and accurate medication lists we're sharing them between providers as they see a number of different healthcare professionals.

Yeah I think you highlight the point, an important point there. Accurate medication lists. It's no point in having one copy that’s sent around to everybody if all those copies are not kept up-to-date. Amanda you also highlighted that the patient is the one constant throughout these transitions between different healthcare providers. How can health professionals actively involve patients in reducing these discrepancies?

Patients are integral to the process. They need to provide their current medication list when they see a health professional. And that’s every time it's a different health professional. So that that list could be on paper, it could be a photo, it could be a smartphone app such as the MedicineWise or they could actually bring all their medicines themselves. It could be their dose administration aid and then the specialist and the healthcare professional, the GP need to actually engage the person and talk to them about it. They also need to check that people understand what medicines they're taking and how they're taking them because there may be doubling up issues. So the communication is both ways from the health professional and the patient and their carers.

So I think you've made a really important point there in that what the patient may actually be taking may not match what was intended so despite the number of consistent sources of information you might have they're really meaningless without that verification with the patient isn't it?

Absolutely and if a health professional then goes and changes a medicine they've also really got to make sure that that information is also conveyed on to other health professionals but also to the patient and their carer so there isn't a doubling up or a continuing of a medicine they've actually wanted to stop, so and then providing the information about why they've changed it. I think it's not just providing a medicines list it's actually a reason for why changes have been made.

Yeah absolutely so what is medication reconciliation and where can health professionals go to find out how best to do it?

Look it's a process that's been designed to improve communication and promote teamwork and it’s been shown to significantly decrease medication errors. So really what it is it involves obtaining, verifying and documenting a list of the patient's current medicines, comparing that list of medicines to any medication orders and also the patient's condition to make sure that the therapy is actually appropriate and then to resolve any discrepancies. I think traditionally people have thought of this as a pharmacist’s role and I think in hospital situations we have medicines reconciliation that's been put in place and at the points of admission and more commonly now at the point of discharge but that's not to say that in outpatient situations or in primary care that medicines reconciliation isn't just as important. So I think that any health professional who is at any transition of care it's their responsibility to actually have a conversation with the patient about what they are taking, check their list of medicines and look for your referral letters from the GP or back from a discharge summary so they're gathering that information. So I think that everyone has to value the importance of this process to actually for it to make any difference so it's not just something for pharmacists to do I think pharmacists are seen as medicines experts and so it does fall naturally into their role but every member of the healthcare team and in hospitals I think medicines reconciliation process is often seen as it's not valued and so it's often given to a junior member of the team but it's actually very important and we all need to respect and value the process. So most health professionals these days are actually being trained in medicines reconciliation but for those people who haven't or haven’t come across the process or even sort of thought about doing it themselves I think there's a really nice article that was published in the Australian Prescriber in 2012 by Margaret Duguid. It's about a 10-minute read and it provides a really good overview of the process and the goals of the process and the steps involved in the process.

Fantastic but on top of that I think there's also a couple of good videos on the Australian Health and Safety Commission website so if people are interested in finding out more about how to do this process they can definitely go there. So Amanda what are some of the consequences of poor discharge planning?

I think poor discharge planning obviously it’s often medicines are changed while someone is in hospital and if that information isn't communicated into a discharge prescription and also on to the community pharmacist then back to the GP then the patient can go home and continue to take what they've been taking previously and possibly in addition to new medicines and the GP may continue to prescribe therapy that was actually changed during that admission. So I think it's very important for information to be communicated to both patients when they're discharged. So going through what's been changed and why and then officers of the GP so they are able to prescribe the new medicine plan.

Yeah absolutely. So communication seems to be the key message through all of this but I guess what's quite topical at the moment is e-prescribing. Do you think this is helping or hindering medication errors at transitions of care?

Look I think e-prescribing has reduced some errors and then it's also increased other types of errors. So whilst it might have reduced errors around legibility and possibly adverse reactions it can also introduce new types of errors such as if people are selecting inappropriate medicines when in drop down lists and there needs to still be warnings in these systems to ensure that medicines that shouldn’t be used together aren’t prescribed. So it just shifts the error load I suppose and it's still about everyone taking care and in checking medicines lists.

So what are medicine reviews and how did they contribute to addressing this problem?

Well I think medicine reviews, specifically home medicines reviews, this is a funded service that is provided by pharmacists in the community when a GP is made a referral to sort of say look I think there are some issues. So they're very important and I think they've been really shown to reduce medication errors particularly for people who are on complex medication regimes and also for those who are recently discharged from hospital. That is a time when medicines can be quite confusing especially for patients if they've got medicines at home still, they've picked up a new prescription of medicines, they've got new supply and for a pharmacist to sit down and actually go through with them one by one with their medicines and actually in an environment that is comfortable for them. Often that's their home and they can also check all the medicines they've actually got at home and take away medicines that they don't need any more so there's no opportunity for misadventure with medicines like doubling up with different brands and things like that.

Okay and so I guess if you could you know have a pie-in-the-sky kind of wish what specific changes would you like to see that would reduce medication errors at transitions of care?

I think if I ever saw written in the notes again anywhere in the medication plan to continue medicines as prescribed, it provides absolutely no information to anyone so if every time someone was thinking about writing a note like that they actually thought about no this is the opportunity to write what the current medicines list is and anything they've changed and the reasons why they've changed it. I think if we were all doing that then I think we would probably reduce the risk of medication discrepancies enormously.

So that's unfortunately or we've got time for this episode. Thanks for joining us today Amanda.

Thanks very much it's been great.

Amanda Wheeler’s full article is available online at nps.org.au/australianprescriber. The views of the hosts and guests on the podcast are their own and may not represent Australian Prescriber or NPS MedicineWise. I’m Dhineli Perera and thanks for joining us on the Australian Prescriber podcast.