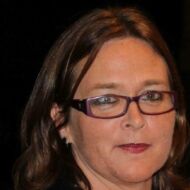 I'm Dr Dave Liew, your host for this episode. Today I'm speaking to Dr Bridin Murnion who is a senior staff specialist at Drug Health Services Sydney Local Health District. Today we'll be chatting about neuropathic pain which is the subject of her recent article in the June edition of Australian Prescriber. Bridin, welcome to the program.

Obviously there are a number of causes of neuropathic pain and I think it's fair to say that the management of pain can be challenging at the best of times. Before the prescribing pad comes out what are your priorities as a clinician given that it's not that neuropathic pain isn't one single disease entity? It might not be necessarily obvious where to start.

I think when you look at the global burden of neuropathic pain in our society diabetes is probably one of the major causes for neuropathic pain. Looking more globally, HIV is a major cause of neuropathic pain. Both HIV and indeed some of the treatments that are used for HIV in the developing world in particular have been associated with the development of neuropathy. The other two common causes of neuropathic pain would be postherpetic neuralgia or shingles, and B12 deficiency is not common but really critical to identify because it is very treatable with B12 and can progress to subacute combined degeneration which is a tragic outcome actually.

So, once we're confident that this is neuropathic pain, and I know it's not always easy to find a cause and so often neuropathic pain goes without finding a cause, but I guess that's the point when we start thinking about medications for neuropathic pain. So, I think most of us know that there needs to be a slightly different approach to neuropathic pain compared with other types of pain. So, what are our options and how do we navigate the evidence in this area?

In terms of treating neuropathic pain I think the principles of any pain management that try to adopt a biopsychosocial model, I think not just about pain but also other functional quality of life for the person effective, I think it is useful to consider a trial of a low dose of tricyclic antidepressant, assuming there are no contraindications and those are particularly around arrhythmias and in anyone to whom you're prescribing a tricyclic antidepressant it is really, really important to be confident that they are not at risk of overdosing because these are pretty toxic medicines inhibitors. In general when you start a tricyclic antidepressant, it would usually be amitriptyline in the situation of neuropathic pain, it’s generally started at a much lower dose of around 5–10 mg compared to the antidepressant dose which generally starts at about 50 mg. So it's quite important to remember that because you can reduce side effects.

Amitriptyline’s obviously not the kind of medication that we use frequently for depression nowadays so it's probably worth revisiting thinking about the side-effect profile of that kind of medication. What should we be looking for?

I think even in people who are prescribed a very small dose of amitriptyline they quite often experience some of the anticholinergic effects particularly dry mouth. As the dose increases people can become constipated, they can develop urinary retention, and they can become quite delirious, and they of course get the big eyes of the belladonna, the Atropa belladonna. So there are atropine-like side effects and drowsiness, so we always of course recommend to people at any time they start a sedating medication they should probably avoid driving for a couple of days.

That brings us on to the next question. So, if tricylic antidepressants at those lower doses aren't effective what's the next step? What are the next drugs that we should think about?

We can certainly think about SNRIs, the serotonin noradrenaline reuptake inhibitors, and they would include venlafaxine, mirtazapine and duloxetine.

What's the evidence like for the SNRIs? I can imagine it must have been difficult to do studies in this area especially given the heterogeneous population with neuropathic pain and that a lot of the studies probably focus on disease-specific indications – diabetic neuropathy, I can imagine, would dominate the literature.

The literature is predominantly dominated by diabetic neuropathy, postherpetic neuralgia and in some populations HIV neuropathy. So we know that of course in the developing world HIV neuropathy is very significant. So back to the SNRIs. Reasonable quality of evidence of effect with the number needed to treat about 6.4, number needed to harm 12 and the harms are probably slightly less noxious or less toxic than the trycylics or indeed the gabapentinoids.

I think that is when you start thinking about antiepileptics. The majority of data for antiepileptics is for gabapentinoids. So gabapentin and pregabalin. Pregabalin in particular is used very widely in Australia. It is available on the PBS for neuropathic pain. I think the thing that I would have to say about any drug whether it's trycyclic, serotine and noradrenaline reuptake inhibitor or gabapentin is, if you've initiated it and there hasn't been an adequate response, then you should be able to stop it. And often what happens I think is that the drug is initiated, there's no real response so another one is added, and all these medicines are sedating and so you end up becoming quite sedated with all these, so it's quite important to remember to stop the medication if there's no response.

Yes. Other antiepileptics don't have fantastic data supporting them and the one exception would be carbamazepine in the treatment of trigeminal neuralgia where there does seem to be specific evidence for carbamazepine and its metabolite. Opioids are quite complicated. There are some data supporting their use particularly tramadol and morphine oxycodone. I think one of the real challenges for all these medications is that the studies aren't long-term. We know particularly with opioids that the long-term consequence of exposure to opioids and that tolerance to both side effects and benefits does cause dosage problems and you then get dose escalation. There has been a lot of literature identifying and discussing opioid-induced hyperalgesia which is a paradoxical response to opioids where people appear to have worst pain on opioids than when they are not on opioids.

Lignocaine patches have been introduced to Australia. They do have good safety and tolerability however they're very costly and the PBS summary data identified efficacy but didn't feel that they were cost-effective. So that is frustrating because the efficacy is there and there is some work looking at capsaicin creams, that’s red hot chili peppers. Capsaicin has got evidence for efficacy and postherpetic neuralgia and HIV neuropathy although it's not available in Australia and it can be quite painful to apply. I believe that people do require a lot of support.

Sounds like good reasons why those kind of drugs aren't the first line for neuropathic pain at the moment. So once again, like you say, there’s such an important role in that multidisciplinary biopsychosocial approach, making time for our patients and working on that clinician–patient interaction. Well, Bridin, thanks very much for joining us today.

Thank you very much David for talking to me.

The views of the hosts and guests on this podcast are their own and may not represent Australian Prescriber or NPS MedicineWise. I'm David Liew and thanks once again for joining us on the Australia Prescriber podcast.