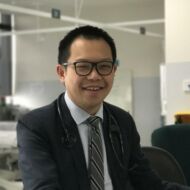 This year AP Editor John Dowden interviews Dr David Liew about the top 10 drugs prescribed in Australia and their costs to government. What’s changed, and are we seeing any patterns? Read the full article in Australian Prescriber.

Hello, I'm Dr John Dowden, the medical editor of Australian Prescriber. For many years Australian Prescriber has published lists of the top 10 drugs used in Australia. Our December 2018 issue continues this tradition with lists of the top 10 drugs provided by the pharmaceutical and repatriation benefits schemes. These lists are by prescription counts, by costs and by defined daily dose per thousand population. Here to discuss these figures is Dr David Liew, clinical pharmacologist and rheumatologist in Melbourne and one of our regular podcasters. Welcome David. What interested you in this year's figures?

Thanks very much John. It's great to be on the podcast on the other side of the microphone. The top 10 drugs have always been a tradition to look out for and I don't know if everyone else gets as excited as I do about the top 10 drugs, but it does give me an insight into the kind of usage of drugs across the country and what's really putting a weight on the PBS. If we look at the top 10 drugs by defined daily dose and by prescription counts, so these look at the volume of overall drugs, things have really stayed the same compared to last year. That the kind of drugs that we’re prescribing on an everyday basis, these are the same from year to year. The top 10 drugs by cost to government are a little bit different though. Some drugs have fallen out, some drugs have fallen in and that speaks to the role of high cost, highly specialized drugs throwing around the market and being perhaps some of the biggest potential burdens to the PBS but at the same time having massive effects for some of our patients who have otherwise had very few solutions. We've seen a new hepatitis C drug in the form of sofosbuvir and velpatasvir, the combination drug, rocket to the top of the list and they're good reasons why that might be the case. We've seen nivolumab and pembrolizumab enter the list as well as we’ve started to see increased uptake of immune checkpoint inhibitors for cancer and trastuzumab and denosumab still say strong on the list for breast cancer and osteoporosis respectively. So, we've seen etanercept fall off the list and we've also seen pregabalin fall off the list which, which is interesting in itself.

There are three products for hepatitis C in the top 10 drugs by cost so together they cost over a billion dollars, on paper anyway, but there are only 50,000 prescriptions approximately. I think that is actually substantially less expenditure than last year. So, can we tell anything about how the fight against hepatitis C is going?

Well of course, I mean as you and I know, we'll probably never really know the actual cost to the government, the risk-sharing agreements are kept confidential. Keeping that in mind it was always anticipated that there would be a burst of activity of use and eventually this would lead to long-term gains. As more patients have hepatitis C cured that would not just have savings in terms of reduced costs to health systems, reduced transplantations, but we'd also eventually see less use of these drugs.

We will have to see if this downward trend continues as one would hope that was more people having their hepatitis C eradicated. Now as a rheumatologist you probably use adalimumab which is number three in the top 10 by cost. Is that a drug you are using more of?

What conditions do they use it for, David?

So, they use it for psoriasis and inflammatory bowel disease but what's notable about adalimumab in this situation compared to say etanercept is that, up until this point in time and certainly for this financial year, there aren't any biosimilars for adalimumab that are accessible on the PBS. They've been recommended by the PBAC and this is something we might not necessarily see in the in the 18/19 numbers, but we might see later than that as far as adalimumab is concerned but certainly etanercept, we've had a biosimilar now for some time. It doesn't have all the same indications as adalimumab but it's been interesting to see etanercept fall out of the top 10 and there's all sorts of reasons why that might be the case.

Two of the new drugs in the top 10 drugs by cost, nivolumab and pembrolizumab. These belong to a new class of drugs I believe. So, can you tell us a bit about them, David?

Absolutely and this is all part of the massive revolution of the treatment of some of the diseases which have been previously very problematic with high mortality. So, these are both PD-1 inhibitors. That probably doesn't mean a lot to most people but what they are is part of this immune checkpoint inhibitor category. Part of immunotherapy in cancer. And this of course has got a lot of attention. This won the Nobel Prize for medicine in 2018 or was the basis for that, and it's really captured the imagination of Australia. A, because of a few prominent cases, Ron Walker, and then here in Victoria we've got AFL footballer by the name of Jared Roughhead, both of whom received these drugs from the checkpoint inhibitor category, and really I think in Australia we're conscious because we know we've got a lot of melanoma in this country, it's a massive problem, and one of the first recognised indications for nivolumab and pembrolizumab was metastatic melanoma. So, this has really been a big issue for Australia. We've got treatments which don't cure everyone, but we see a lot more people live. All the oncologists I speak to are fairly adamant that we're still yet to know a lot of the details about how things go on, how long do we need to treat patients for with these drugs. So big cost to the system, makes a big difference for a lot of people, doesn't fix everyone but certainly we’ll get to know these drugs a lot better and we’ll probably learn more about the inflammatory side effects of these medications which I think we've got to be alert to as well.

Yes indeed. Perhaps now if we can turn to some of the more commonly prescribed drugs. If we're looking at the top 10 drugs by defined daily dose per thousand population per day, the top 10 consists of six drugs for high blood pressure, two statins for cholesterol-lowering, one drug for ulcers and gastrointestinal reflux and one drug for type 2 diabetes. Would it be fair to suggest that many of these drugs are being used to treat conditions which have a lifestyle component to them?

There’s definitely a lifestyle component involved with those commonly used drugs but at the same time it's about using them not necessarily using more or less but using them judiciously for the right people.

Indeed, and that's probably a good message to end on David.

Thank you very much John for having me it's always a pleasure to have a chat with you and I hope that it's a good new year for our listeners.

Thank you to the Department of Health for providing the data for our top 10 lists and a reminder that the views expressed in this podcast are not necessary those of NPS MedicineWise. This is John Dowden signing off until next time. Thank you for listening.