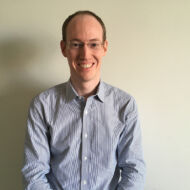 Dhineli Perera interviews Dr Brad Gardiner about nitrofurantoin and fosfomycin – could these old drugs be a solution to antibiotic resistance? Read the full article in Australian Prescriber.

I'm Dhineli Perera, your host for this episode, and it's a pleasure to be speaking to Dr Brad Gardiner. Brad Gardiner is an infectious diseases physician at Alfred Health and PhD candidate at Monash University in Melbourne. Brad writes about the increasing resistance of gram-negative organisms that can cause urinary tract infections in the community and the advantages that older drugs might have to offer in this situation. Brad, welcome to the program.

Brad can you start by telling us about the observed trends and consequences of multi drug-resistant, gram-negative bacteria in community-acquired, uncomplicated urinary tract infections?

Well this is a growing problem that's inexorably progressing over the last several decades and basically what we're seeing now is that there are young women who are getting uncomplicated urinary tract infections out there in the community and they're having less and less antibiotic options available to treat them. So back in the day it used to be pretty straightforward. You'd get a UTI, you go to your GP, you wouldn't necessarily even need samples taken and you could have some Keflex or trimethoprim and be fine. But these days what we're seeing is that you know more and more patients are failing first-line therapy and we're seeing more and more drug-resistant organisms responsible for causing these urinary tract infections.

So, I guess the consequence of that is just ongoing infection rather than something that is treated and fixed in a relatively short timeframe.

I mean you know people progress and often end up coming into hospital febrile with pyelonephritis or even sepsis and sometimes they end up in the intensive care unit very unwell. So, there's really significant morbidity and even occasionally mortality attached to this problem, unfortunately.

Right and so nitrofurantoin and fosfomycin are both indicated for uncomplicated UTIs in women. I guess a few questions from our end would be why only UTIs? Why women? And what's the efficacy that we've seen in men?

So, nitrofurantoin and fosfomycin are both very old drugs. They've been around for decades and nitrofurantoin has been available in Australia for years and years but fosfomycin has only just been introduced, approved by the TGA really recently. These drugs are really interesting because they've been used worldwide for decades and one of their main advantages really is that they both reach really high urinary levels and so they're really good treatment options for urinary infections. Now why women? Well the key difference between women and men in terms of UTIs is that men have a prostate and a lot of antibiotics really struggle to penetrate into the prostate. So, treating men with UTIs is much more complicated than women. So, they're really drugs for just simple cystitis without pyelonephritis or without you know systemic involvement.

Okay, so what type of bacteria is nitrofurantoin effective against and what type of dosing would you say is optimal in multidrug-resistant UTIs?

Well the spectrum of activity of nitrofurantoin is pretty broad. It covers most of the common urinary pathogens like E. coli, Enterococcus. Proteus, Serratia, Acinetobacter, Morganella and Pseudomonas are typically resistant so it's not really an option for those organisms. But given that E. coli is the most common cause of urinary tract infection, really that's the thing they're talking about. So, the dosing is more complicated than you would initially sort of think. During my research for this article actually I sort of uncovered that there's a really wide variation in the recommendations for dosing of nitrofurantoin and one of the problems is, because it is such an old drug, a lot of the dosing is based on historical studies from decades ago that weren't really done quite as well as some of the more modern studies, and there are also a wide range of different formulations of nitrofurantoin around the world. What's not totally clear, is our formulation in Australia exactly the same as some of the other formulations overseas? That sort of led to a bit of confusion around the dosing. So to keep it simple, what we're saying is, for patients who've got a resistant UTI, you don't really want to take any chances, right? So what we're recommending is 100 mg, four times a day, with the understanding that you know probably for compliance with four times daily therapy is a bit suboptimal and so perhaps you know if a patient misses a dose then there's a little more room for error.

Okay, can you tell us about the use of nitrofurantoin in renal impairment? From my experience it's been a bit controversial.

There've been some changes in the recommendations with this recently. So, it used to be that nitrofurantoin was contraindicated. If the creatinine clearance was less than 60 mL/minute because of concerns about increased toxicity. However, because of the problems we're seeing with resistant organisms, where perhaps nitrofurantoin is the only oral option

available, there's been a lot of interest in using it in patients with some mild renal impairment with a GFR of 30­ to 60, if there's no better alternative. There's an increasing number of studies that actually show that this is a safe and effective approach and spares these patients from needing you know hospitalisation for intravenous antibiotics which comes with its own risks attached to it as well.

And would you adjust the dose?

No. So the recommendations for patients with a GFR between 30 and 60 mL/minute are cautious short-term use with close monitoring but no specific dose adjustment required.

So, you might start with your normal dose and then adjust it down a little bit if they're finding the side effects are a bit tricky to manage?

Yeah, I mean for short-term use, the risk of side effects really is very low, right? There's been a sort of historical concern about side effects from nitrofurantoin where there’re reports of very rare but serious side effects like pulmonary or liver toxicity or peripheral neuropathy. But really for patients who are just getting a few days of therapy for their uncomplicated UTI the risk of those side effects is very very low and it's really only been seen in patients who are receiving nitrofurantoin for prolonged courses, for example for prophylaxis.

Right, so I guess that takes me into my next question about historically that concern of toxicity in the elderly. When would you say we should be cautious with this population if at all?

I think we should always be cautious prescribing any antibiotic for any patient. It's really important to remember that all drugs, particularly antibiotics, do have a risk of side effects. I mean you need to be more careful in older patients because they have more comorbidities, you might have to think about drug interactions etc. but in general, you know, it's a pretty well-tolerated antibiotic.

So, I guess moving on to fosfomycin then, which as you mentioned has been extensively used overseas for a long time. It was only recently approved by the TGA in Australia and it's not on the PBS yet. What is the approved indication of use in Australia?

So fosfomycin has been approved for the treatment of uncomplicated UTI caused by E. coli or Enterococcus and you know there's a long historical use of this drug in Europe, in the US. You know over there it's often first-line for UTI actually. It never got introduced in Australia for some reason decades ago probably because there was a whole bunch of other antibiotics that came along and there was more interest in registering and using those but it's actually really great that this drug has been approved because it really does give doctors another therapeutic option out there in the community for patients who might not have a better oral alternative.

So even though it's not on the PBS it is approved for use in Australia?

It is and it's not that expensive from what I understand. I don't know the price off the top of my head actually.

And I guess you did touch on this – fosfomycin dosing is one of its major advantages. What is that dose and how reliable is this regimen?

This is one of the key advantages of the drug and this is actually why it's made it into the international guidelines as a first-line treatment option because it's a single 3 g dose. It comes as a powder, it's sort of a little sachet where you dissolve it in water and you just drink the single dose and you're done, and that is very convenient for many patients and that has much better compliance than say a five-day course of four times daily antibiotic.

Yeah, absolutely. And in your article, you also mentioned some indications where fosfomycin is not appropriate as well as some emerging patterns of off-label use. Can you discuss these for us Brad?

Right. So, similar to nitrofurantoin, when you take a dose of fosfomycin you get a really high urinary level, but you don't really get very high blood levels and so if there's any systemic involvement, pyelonephritis, fevers etc, bacteraemia, then it's really not a reliable option for that. So, if you've got a patient who's got fevers and rigors with the UTI then fosfomycin is not an option to them. That patient needs to come into hospital and get intravenous

Yeah that's fair enough and I guess, Brad, so you having really explored these older agents, what would be your advice to prescribers trying to evaluate if they are appropriate for their patient? You touched on it's empirical use, or would you say that we should be sticking with our current first-line agents per Therapeutic Guidelines?

So the Therapeutic Guidelines is a really great resource and it's tailored towards the Australian community. It currently recommends that the empiric treatment of UTI should be with the standard first-line agents like trimethoprim, Keflex, Augmentin etc. Problem is, as time progresses, you know there's increasing probability that those treatment agents will fail because of resistance. So I think the sort of standard approach would be for most patients who don't have any particular risk factors for a resistant UTI, like heavy antibiotic exposure or prior resistance or travel overseas to a region of high rates of resistance etc., you should stick with the approach of using the standard recommended options.

Okay, well that's unfortunately all the time we've got for this episode Thanks for joining us today Brad.

Thank you, it's nice to chat to you.