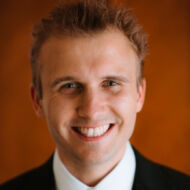 Welcome to the Australian Prescriber Podcast. My name is Dr Ashlea Broomfield, and I’m interviewing Dr Stephen Duma, who is a neurologist at Westmead Hospital. Welcome to the podcast, Stephen.

Most of the time, drug-induced movement disorders occur shortly thereafter starting a medication. However, often people have been on medications for quite a long time, and then they develop either a tremor, or akathisia, or a dystonia, and it's quite difficult to determine whether this is secondary to a drug that they've been on for quite a long time.

When this occurs, a thorough history needs to be taken, because most of the time these movement disorders occur after there's been a change in the dosage of medication, or the frequency of the medication. One of the main exceptions to this rule is valproate, and someone can be on valproate for quite a long time, and then develop, for example, a tremor, even if they've been on the same dose for many years. So, the history is one of the main determinants to determining whether the movement disorder is secondary to the tremor. Often though, it has to be said that the movement disorder can be quite mild, and is not often interfering in the person's activity of daily living. So, therefore, you then have to determine, along with the patient in front of you, and/or their carer, how much it's interfering with them, and really whether any significant treatment needs to be undertaken.

If somebody is on an SSRI, or another antidepressant, and then a second agent is added that may interact with this, then of course the risk of a movement disorder, such as serotonin syndrome, or neuroleptic malignant syndrome, increases significantly. And especially with these syndromes, which can be life threatening, we really need to be aware of what medications our patients are currently taking, before we make any adjustments to them, or recommend any new medications.

And how important is it to be able to distinguish between the different types of movement disorders?

And often, as you mentioned in the article, one of the key components is to consider ceasing the medication, or reducing the dose of a medication if it's an essential medication. What kinds of things can we do if a patient needs to either stay on a medication or needs to be treated because a movement disorder is severe enough that they need some assistance?

Yes, so this is often the case in patients who have psychiatric comorbidities, and they need to remain on their antipsychotic medications, and then they'll develop, whether it's Parkinsonism, or a tremor. If the medications aren't able to be ceased or reduced, then again, it really depends on how much that the movement disorder is affecting the patient themselves. Often when we speak with a patient, it may not be bothering them at all, but rather it's bothering their family members or carers more than the patient themselves. If, however, medication or treatment of that movement disorder is required, then again, it's really treating the underlying movement disorder. So, for example, for a drug-induced tremor, which will often be postural and kinetic, treatments used for, for example, a central tremor can be used, and similarly for Parkinsonism, drug-induced Parkinsonism can also be treated with, for example, levodopa. Unfortunately, though, the efficacy of the treatment in drug-induced movement disorders is not as good as if it was used for, for example, idiopathic Parkinson's disease.

So, it's really important for us to understand what the medications may produce in order to consent patients appropriately before starting a medication, so they're understanding of the risks and benefits of any type of medication. Are there any drug-induced movement disorders that are irreversible, that we need to be particularly mindful about?

So we can be fairly confident that when we're discussing the risks of movement disorders with a patient, for example, if they may need metoclopramide for prevention of nausea and vomiting in whatever clinical circumstance, that when we talk to them about the risk of a movement disorder occurring, that if it does occur, that when they stop the medication it should improve.

It should improve, though we all know that in medicine, nothing's 100%, unfortunately.

Yeah. Is there anything that you would want somebody starting common medications that are known to cause drug-induced movement disorders to always discuss with a patient?

I think explaining to the patient the possibility that a movement disorder may occur is important. But I also think explaining to the patient, not just that a movement disorder, but that any common side effects or potentially serious side effects, can occur with that medication, but also for them to understand that it may not just be the medication itself, but it's often a dose-related effect. And if they do find any change, or any new movement, or lack of movement, even, to discuss that with the doctor as soon as possible, so that the necessary steps can be taken to reduce the risk of the movement disorder worsening or progressing.

And what are some indications that pharmacists or GPs should know about when to refer somebody with a drug-induced movement disorder to a tertiary centre for treatment?

If the movement disorder is severe and interfering with daily activities, and particularly if they require ongoing medication due to the underlying comorbidities, I would refer them at that stage. But also if there are any indications that there's, for example, in serotonin syndrome or neuroleptic malignant syndrome, or even Parkinson's and hyperpyrexia syndrome, where there's any altered level of consciousness, where there's myoclonus, rigidity, and it's quite an acute change in the patient, well, that's when I would suggest referring them to a centre with experience in treatment.

So, thanks for joining us today. That's all that we have time for in this episode. I really appreciate you coming on board and giving us an overview of a complex topic in a way that we can all understand a little bit easier.

Great, thanks very much for having me.