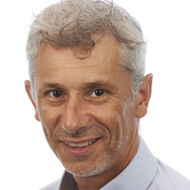 Meningococcal disease is changing in Australia. Dhineli Perera interviews Nicholas Wood about what vaccines are available and who should be vaccinated. Read the full article in Australian Prescriber.

I'm Dhineli Perera, your host for this episode. It's a pleasure to be speaking to Dr Nicholas Wood. Nicholas is an associate professor and senior clinical research fellow at the National Centre for Immunisation Research at the Children's Hospital at Westmead in Sydney. Nicholas updates us on the incidence of the different meningococcal serogroups in Australia, and the subsequent changes in vaccine recommendations and funding. Nicholas, welcome to the program.

Nick, can you start by giving us a little refresher on meningococcal disease? Who is really at risk here and how is it spread?

Yeah, so meningococcal disease is caused by a bacterium called Neisseria meningitidis. It normally lives in our nasopharynx, however, from time to time it can move from the mucosa and cause an invasive disease. This can be quite a nasty disease and end up with children or adults having meningitis or septicaemia, or in some cases both of these. These are the cases that you see sometimes on the news where a child was airlifted from a rural town into a big city hospital because of invasive meningococcal disease. So it's a very nasty infection and can be life-threatening. It's spread really through transmission from large droplets, which are either spread by sharing secretions, or somehow you come into contact with those oral secretions.

Yeah, that's right. So an adolescent age group they might be sharing drinks or close contact so that's one of the risk groups at risk of meningococcal disease, and then younger infants as well.

Right. So which serogroups cause most meningococcal presentations and what patterns have we seen in their incidence in Australia?

The Neisseria meningitidis has 13 different serogroups, and of those 13 there are about six that cause the majority of the diseases. These are groups A, B, C, W135, and then Y and X. Over time we've seen a reduction in type C disease. The vaccine program against type C commenced nationally in 2003, and that's been very effective in reducing meningococcal C disease by about 94%. Serogroup B has remained dominant for about two decades, although its incidences declined naturally probably in the last five years. And then more recently since 2014, serogroups W and Y have started to increase.

So when you go to the hospital or the GP, and they think you may have meningococcal disease, what they do is they sometimes take a blood culture test, and if meningococcus is found in that blood culture it's sent to a reference laboratory and then they type it and work out whether it's A, B, C, W, Y, or X etc. And then because meningococcal disease is a notifiable disease in Australia, we've got good data now going back for a couple of decades where we've been able to actually fairly accurately determine the changes in the burden of the different serogroups. So really the main ones today are serogroup B, serogroup W, and Y.

So which meningococcal ACWY vaccines exist in Australia? So that's a combination vaccine, obviously.

Yeah. So we did have a single meningococcal C vaccine, which we used as I mentioned since 2003. Now we have a meningococcal ACWY vaccine. So readers may remember an old polysaccharide vaccine which had A, C, W and Y. It was sort of a first-generation meningococcal vaccine, and is no longer supplied or recommended for use in Australia. What we now use is this new technology known as the conjugate vaccines. So there is a meningococcal conjugate vaccine. There are a few brands, but they have A, C, W, and Y in it.

So that leads me nicely into what I wanted to ask you next about those vaccines. Can you tell us what they are? Are they all as effective as each other, and therefore could be considered interchangeable?

There's a single dose of the Nimenrix vaccine, which is funded on our National Immunisation Program for children aged at 12 months. And since April of this year we've instituted an adolescent or high school-based program to catch up year 10 students. Now they are pretty much similarly effective. Nimenrix and Menveo probably give you a slightly better antibody level, and that antibody level probably lasts a little bit longer than Menactra in individuals over the age of two. And certainly what we know is that the younger infants, particularly those under the age of one, we would prefer to use Menveo and Nimenrix.

Okay. And the issue of vaccine effectiveness waning has come up in the media recently with the resurgence of measles. Is this an issue with the MenACWY vaccines and when should re-vaccination be considered?

Yeah. This is one of those things that we have to watch over time because when the vaccine goes into the clinical trials they certainly look at the immune response and the safety over a shorter period and probably over a couple of years, but when we start to use these vaccines in a community, for example, a single dose at the age of one, we can't answer how long that's going to last when that person who got it at one year of age, is that vaccine still working when they're 20? So we do need to watch this over time. Some study in the US has suggested that the effectiveness in Menactra was high in the first year after vaccination, but slowly decreased a little bit in the following three to eight years. So that's something that we're watching. Certainly at the moment it's not routinely recommended to re-vaccinate any adolescents.

Are there any special groups that do get re-vaccinated? I think there might have been a mention of boosters or something in your article?

In terms of the people that are at risk, so there's people who work occupationally, for example, laboratory workers, or for travellers, they should certainly get the meningococcal conjugate vaccine. And for people that have underlying medical problems such as you've got a problem with your having no spleen, or a spleen that doesn't work, or you've got a problem with your immune system, or a problem with some sort of trouble with the red blood cells, or hemoglobinopathy. If you live in close quarters to other people such as dormitories, or army recruits, they certainly should be getting these vaccines. As I mentioned before, we now give it to all kids in Australia at the age of one, the MenACWY, but at the moment it is just a single dose. If you do start them earlier, though, for example, if you do want to start the meningococcal ACWY vaccine before the age of one then you do need a couple of doses, and the number of doses you need a little bit depends on the age at which you start that vaccine, and also whether you have an underlying medical problem.

So your article has a really useful and detailed table in it explaining the different regimens for different categories and age groups. I strongly recommend listeners to check this out. One of the details that I think is worth highlighting is the issue with Menactra and Prevenar co-administration. Can you explain this for us?

Yeah, certainly. What we've found was that there was a potential lower response when both Prevenar and Menactra were given at the same time, so it's not recommended that they be given together because you can get a reduced response to some of the pneumococcal. It's probably better to give Prevenar 13 first, and then wait at least four weeks if you can to give the Menactra. If, however, inadvertently someone has given both Menactra and Prevenar together at the same time because of this potential reduced antibody response to the pneumococcal vaccine, it's recommended that another dose of the Prevenar 13 be given at least eight weeks after that time.

And there are two meningococcal B vaccines available in Australia. Can you tell us a bit about them and, similarly to before, are they as effective as each other and interchangeable?

Yeah, so the two vaccines that we have, one is called Bexsero, and the other one is Trumenba, which is hard to say, but Bexsero has multiple protein components, and outer membrane vesicles of the serogroup B meningococcus. The Trumenba, on the other hand, has a different sort of binding protein which is called a factor H binding protein. Now the meningococcal B vaccines are a little bit different to the MenACWY vaccines, so they're not a classic conjugate vaccine. They can't be interchanged. Certainly, you would give Bexsero, and complete the course and Trumenba, which is really only registered from the use of 10 years of age anyway. So if you wanted to use the vaccine for meningococcal B under the age of 10, then you really need to use Bexsero. And, again, like MenACWY, the number of doses that you need depend on the age at which you start it. That's outlined in the table as well.

Trumenba, which is used really only over the age of 10, is a two-dose schedule with a minimum of six months between them. The Bexsero vaccine has been shown in immunogenicity studies to show good seroconversion, which means it does cause good response in terms of antibodies that we measure, but we still will be watching how it goes in the real world in terms of how it reduces our meningococcal B disease, but some data from the UK where they've been using the meningococcal B in infants has suggested it has shown some effectiveness.

That's great. So at least we've got a bit more definition from that respect. Is there a reason that these vaccines aren't funded in Australia as yet?

So in our Australian community to get onto the National Immunisation Program, which means it's funded, they have to go through assessment by the Pharmaceutical Benefits Advisory Committee. The PBAC looks at the cost-effectiveness. Assessments to date have found that it's not cost-effective. So it's not funded on the National Immunisation Program. Having said that, South Australia does fund it and they've got a state-based program where they use meningococcal B.

Okay. And are there any adverse effects that patients should be weary of from any of the vaccine options we've talked about today?

Yeah, the most common reaction to the meningococcal B vaccine, particularly in the young infants, is fever. Two approaches to manage the fever, or to reduce the risk of fever, one is to not give it at the same time as the other infant vaccines. So you can separate it out and give it three days to a week between them, and the other thing to do is that we do recommend that if you're going to use Bexsero in children under the age of two that you give them prophylactic Panadol.

And, finally, is there a vaccine in the pipeline to cover that meningococcal X that you briefly mentioned very early in the interview given it is the only disease-causing serogroup not currently covered?

Not yet, no. I suspect the drug companies are working on that and probably working at ways to maybe make a combined, single meningococcal vaccine that has all the different serogroups, but not yet available.

Sure. All right, well, that's unfortunately all the time we've got for this episode. Thanks so much for joining us today, Nicholas.

No worries at all.