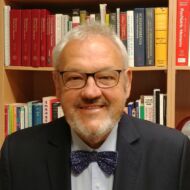 Ashlea Broomfield interviews Nicholas Keks about the challenging task of stopping and switching antipsychotic drugs. Read the full article, and try the tool in Australian Prescriber.

My name is Ashlea Broomfield and I'm here with Professor Nicholas Keks. He's a psychiatrist at the Centre for Mental Health Education and Research, who works at Delmont Hospital and also at Monash University. Welcome Nicholas.

I love this article that you wrote for Australian Prescriber mostly because we don't often read articles about stopping medications and so I thought it was a really, really useful article in terms of being really clear about when it's useful to consider stopping a medication, when it's useful to consider switching a medication and at what circumstances you may need psychiatrist input. So thank you for writing this article for us.

Oh, actually that's very, very kind of you. It also is, may I say, a somewhat courageous article. Some of your listeners may remember that colleagues and I wrote an article on stopping and switching antidepressants. In many ways, that's a much easier task and very, very commonly appropriate. With antipsychotics, it's far more challenging. The problem is that, if antipsychotics are stopped or switched in patients with serious psychotic illnesses, there is the possibility of relapse and that can have very drastic consequences indeed. So there has to be very, very good judgment, very careful consideration and if at all possible specialist referral and advice. There are some circumstances which are far less serious than others, but again that requires significant knowledge of exactly what the clinician is dealing with.

One of the sentences in the first paragraphs is it's worthwhile seeking specialist input into this. Perhaps a couple of years ago, it would have been much harder for primary care clinicians to do that, but these days with telehealth it's becoming increasingly much easier to get psychiatrist input into issues like this. I'm interested when you said that there can be a rebound psychosis which is much more severe than before treatment.

This is particularly relevant for an antipsychotic called clozapine. Clozapine is, by a significant margin, the most effective antipsychotic available and it's most often used in patients who have failed to respond to earlier trials of antipsychotics. Unfortunately, clozapine has very, very serious adverse effects and, what's more, if ceased, the patient can actually end up worse than they were before they started with a greater level of psychotic symptomatology, often a depressive or manic symptomatology. Unfortunately, the circumstances where clozapine has to be stopped do arise. Cessation of clozapine can be carried out very gradually. But often, if an acute physical illness has occurred, that isn't possible.

Does this happen with any of the other antipsychotics as well?

It can but usually doesn't. Antipsychotics are not equivalent in efficacy. There is, after clozapine, there's a kind of middle group of antipsychotics in terms of efficacy, and this is primarily the olanzapine risperidone group. Although amisulpride and paliperidone are also part of it. So if you're changing from that group of antipsychotics to everything else, for instance, to quetiapine, it is possible to lose control of psychosis and get a relapse rebound, i.e. worse than before you started is or mostly just with clozapine. Thank goodness.

I did like how you arranged the tables in the article. It was really clear to see what medications were better for different ideal outcomes. So I guess what you're saying there is if you're stepping down from one that's more effective to one that's less effective, then that's where the rebound can occur.

Absolutely correct, Ashlea. Rebound, relapse and also some withdrawal syndromes, cholinergic withdrawal, which is like a severe influenza, and then dopaminergic withdrawal, which is where you get dyskinesias, or akathisias and dystonias. Now there are 23 antipsychotics available in Australia from memory, and the only commonality between them is that they have antipsychotic efficacy. Otherwise, they're are very diverse group of drugs. Hence in Table 3 of the article, there are major generalisations about which drugs are more or less linked to particular effects. It's not absolutely reliable as a guide, but it is indicative.

So the kinds of patients that you've suggested in the article would be reasonable for stopping use without the oversight of a psychiatrist per se, is in a clinical situation, which is lower risk. For example, somebody who's it's augmented their severe anxiety or a severe depression or used as in off-label use such as for sleep. In those situations you recommend that it could be worthwhile stopping them without too much of a problem. You also said that you may need to stop antipsychotics over months rather than days or weeks. Do we need to be mindful of slow reduction or can we tend to stop these relatively abruptly?

The common circumstance which GPs might see would be where a patient is on say 25 mg of quetiapine for middle and terminal insomnia. Now, if you're on 25 mg of quetiapine, there is no problem whatsoever just stopping that. It's unusual to be using more than 50 or at the upside 75 mg of quetiapine for sleep indication. In that circumstance, stopping by 25 per week would be quite reasonable, so it'd be a fairly rapid process. The complications will not be so much any withdrawal syndrome as possibly the recurrence of sleep problems, which then have to be managed some other way.

What do we need to be mindful of if someone stops their antipsychotic themselves without consultation? Apart from the withdrawal and potential worsening psychosis.

Well, I figured we've already spoken about those.

Sure. Clinically, the horror is that the patient starts presenting with psychosis. Apart from that, withdrawal syndrome such as cholinergic withdrawal, that's probably about it really. There have been studies of adherence to treatment among patients and there is a tendency that patients have to take the drug for a few days after an appointment then not take it and then take it for a few days before the next appointment. The problem there is that a number of the medications need to be titrated up and possibly titrated down to avoid quite drastic effects such as the postural hypotensive effect of risperidone, which occurs if it started too quickly. It actually disappears very quickly in a prazosin-like manner. But if a patient is going from therapeutic dose to nothing to therapeutic dose, they can run into serious trouble.

That's interesting to know. I didn't know that and I probably wouldn't have even asked about that type of compliance either. I'm particularly interested in the use of cannabis and antipsychotics and I'm wondering if there's any specific interaction we need to worry about apart from that cannabis in and of itself is a worry in patients who are experiencing psychosis.

Yes, it's actually a very complex topic. There's been recent evidence that cannabidiol, a constituent of cannabis, is actually an effective antipsychotic. It's also probably got some sedative anxiolytic and hypnotic qualities. Unfortunately, most of the cannabis that's coming more and more to availability has got the THC component, which is the psychotogen, will also add to cognitive dysfunction, sedation and potential pharmacokinetic interactions which would start with problems with driving and use of machinery and a follow-up with fairly chronic dysfunction and that's quite apart from worsening psychosis or tending to increased paranoia or mood elevation, which are also effects that can be observed with cannabis use.

Now as part of the article, there's a handy online switching tool for clinicians to look at in terms of giving them guidance as to how to do a transition. I was wondering if you could talk about when people are using the tool apart from the information that's in there, other considerations to keep in mind?

The main one that I’d keep in mind is that with antipsychotics, many clinical situations, especially with a patient who has serious mental illness, schizophrenia, schizoaffective disorder, bipolar disorder, can be very, very challenging with drastic consequences. So if it's at all possible, always go for the most conservative option because if the cessation or change is done slowly with a good observation during follow-up, hopefully complications can be picked up early and major problems avoided as a result. A number of colleagues who've given me feedback on switching and stopping antipsychotics express concern, and this is a very traditional view that many psychiatrists have, that stopping antipsychotics is something to treat very, very cautiously. As a result, it is so common that the drugs are continued even where it really should not be the case clinically, but everyone is concerned about stopping the drugs so that the tendency is to default on the side of keeping going. The argument against that is that antipsychotics can have quite drastic adverse effects in long-term treatment. So the benefits really better outweigh the potential problems which include tardive dyskinesia, weight gain, metabolic syndrome, diabetes, and cardiovascular complications, especially from some of the more recent novel drugs.

Yeah, I absolutely agree, and like I said before, it's a really timely article talking about too much medicine or rational use of medications to be able to have some guidance as to when is the most clinically appropriate situation to consider stopping medication. Is there anything else you wanted to share before we wrap up?

No, I would recommend that listeners also have a look at the article.

Yeah, absolutely. Thank you so much for coming on. I really appreciate it.

Nice to work with you. Thank you very, very much indeed then.