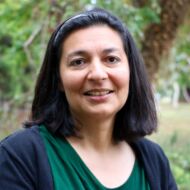 Ashlea Broomfield interviews Vanita Parekh about the effects of psychoactive drugs on the ability to drive safely. Read the full article in Australian Prescriber.

Welcome to the Australian Prescriber Podcast. I'm Dr Ashlea Broomfield, your host for this episode, and it's a pleasure to be speaking to Dr Vanita Parekh. Vanita is a sexual health and forensic medical doctor, and she works in the ACT at the Fitness to Drive Clinic as well as in forensic and sexual health. Welcome, Vanita.

Thank you very much, Ashlea.

Vanita, you've written an article in this edition of Australian Prescriber around drugs and driving. What sparked your interest to write such an article?

Due to the forensic work that I do, I realised that a lot of collisions were potentially preventable, and then I set up a Fitness to Drive Clinic. I think that we underestimate the importance of prescribed drugs in collisions, motor vehicle collisions.

Absolutely. And I think it's well known in the population that drinking and driving or taking drugs and driving isn't something that's at all legal or recommendable. However, it's probably less understood by patients and possibly even prescribers, the impact of pharmaceuticals.

So this is bread and butter work of general practitioners, constantly assessing what are the likely implications of diagnoses or prescribing on a patient and their lives, and in particular, their fitness to drive assessment. And there's a little question at the end of at least the New South Wales licensing criteria where it says, is this person on multiple medications that can affect driving? And we have to tick yes or no. So how do we go about making that decision?

I think the basic principle that's very useful is, does this substance or medication I'm prescribing have psychoactive activity? So does it work on the central nervous system because any medication that has effects on the central nervous system can impair your ability to drive safely. And I think it's a really difficult issue for general practitioners in that you've got a therapeutic relationship, and this sits slightly outside that in terms of the ability to drive safely, but also that you have a regulatory function. And we can see quite clearly that a number of doctors are facing legal tribunals and courts around prescribing and the impact on being able to drive safely.

In the article, you mentioned that for a lot of sedating medications such as opiates in the context of opiate replacement therapy or benzodiazepines, for whatever indication, that generally tolerance can develop to their sedative effects. But that can take up to six weeks.

That's correct. It's very interesting when we look at the research behind that. Drugs are administered to people, and then they're put in a vehicle which is highly monitored and their driving behaviour is observed. And what we do know is that all of these sedating substances will have an impact generally within the first six to eight weeks. There are some things that you can do around, for instance, the sedating antidepressants to counteract that risk slightly, but I think it's really important that we explain to patients that this drug may have an effect on driving, and also that the pharmacist as well reinforcing that message of, not only drug interactions causing effects on driving and the ability to drive safely, but also the actual drug and the underlying condition.

The reason that I use the term ‘may’ is because we're talking about an increasing crash risk. So we can't definitely say that this is going to cause you to have a collision. And I think you're absolutely right. It is a grey area, but we do need to be proactive about saying to patients, "this medication affects different parts of your brain and the parts that are involved in driving are all across your brain. So it's not just one particular aspect, but that you should, for the first six to eight weeks, be very aware that these medications can affect your ability to drive. And also, that if you're feeling sedated or sleepy, or you're feeling a bit fuzzy, then that may well be the drug working, but it also will have an effect on the ability to drive safely."

What I tend to see in people taking medications that could potentially impair their driving ability is that they overestimate their ability to drive on medication.

And I think that's absolutely right. And we know that people generally think they're quite a good driver and a safe driver. And one of the things is that they don't realise that they're impaired. And we have to look at other factors as well. So things like, with sedating agents, if somebody hasn't slept for 17 hours, their psychomotor performance or their performance in a motor vehicle is like that they're at 0.05. If you haven't slept for 24 hours, it might be that you perform with a 0.1 blood alcohol plus you might add alcohol into those substances.

So we have to make people aware of the response, not just to the sedating drug, but also to other factors like lack of sleep, concurrent alcohol use, other sedating agents. And again, the intermittent use of different sedatives will affect your ability to drive much more if you take those medications intermittently than if you're on a fairly consistent dose and you're taking it without adding in other sedating agents.

So, for example, someone who's on methadone, or Suboxone, for opiate replacement therapy and has been stabilised on therapy for at least two months, is likely to be less of a risk while driving than someone taking intermittent alprazolam.

That's correct. And the other aspect about stabilising people on opiate replacement, for instance, is making sure that they understand that if they are using any other substances on top of what you're prescribing, that will have an effect on driving. We need to work with our patients to talk about what it means while you're in that stabilisation period.

It tends to be the six to eight weeks when you've got those combinations, but we've also got to think about the pharmacokinetic interactions as well. And that may well take more than the six to eight weeks, although generally that is a safe time period. One of the easy ways that you can look at is a drug interactions type tool as part of your prescribing and having a look at those interactions, and specifically when they have synergistic or additive effects. And the other thing to think about is, if possible, think about nocturnal prescribing, especially with the sedating antidepressants. So that will, in terms of as you're stabilising that patient, is likely to give you slightly less sedation during the day, but that might not always be possible.

So I think it's about warning patients about that. And we do know with, for instance, the tricyclic antidepressants that they can really affect your driving for the first six to eight weeks. But it also depends on what their driving history is like. So somebody who has an extensive driving history, for instance, have been a taxi driver for 20 years, or a police pursuit driver, something like that, they will have high levels of driving skills, but that may not actually be protective either. So we have to be really careful about how we talk to patients about that. But it's something that they might think, well, my skills would be fine because I do 150,000 km a year or something like that.

And so, where does the clinician come in? In what cases would the doctor be found liable versus the patient?

I think the key to this is about your documentation of the discussion that you have with the patient, that you have explained to them that this substance that you're giving them has potential effects on their ability to drive safely. If you're really concerned about patients, Appendix 9 in the latest Fitness to Drive Standards, which is around at the end, about page 163, have the contacts for your local driver licensing authority. And with all of them, there's a phone number and email address. So if you're not sure about that informing, the onus is actually on the driver. So providing you've had that discussion and you've documented the discussion about safe driving, the effects of these drugs, about a stabilisation period, we haven't got another mechanism to enforce that.

Will there be more of an effect on them if they've been told that they shouldn't drive on a medication and they're doing it similarly with elicit drugs or alcohol?

I think that's very individual. What I can say is that, if you have a collision, one of the first things your insurance companies will ask you is, are you on any drugs or are you on any medications? Did you drink alcohol? Did you take any illicit substances? And that, again, has got to be about disclosure from the person. So again, even at very low dose alcohol, it has adverse effects on your ability to drive. And unfortunately, the public perception is that as long as you're below 0.05, you're safe to drive. And it's not. It's a risk stratification. So the onus does come back on the patient.

There will be patients who will say, "absolutely, I'm not going to drive. I'm going to wait till I feel absolutely fine," and there will be people who will really be worried about it and make extra arrangements. However, you will also find that there'll be another group who will completely ignore your advice, and from the regulation point of view, and also from a medical legal protection point of view, documenting that you've had that discussion. Especially with medical conditions, one of the things that we do at the Fitness to Drive Clinic is that we actually show them the Fitness to Drive publication, the relevant section for them. And that can be a useful tool to use in general practice, although it doesn't really look at specific drugs.

With our patients, I think it's useful to give them an example. So something like I've explained the medication that you're going on to, I've discussed that it might have effects on driving, and I've written that down in your clinical file. If you now go on to have a collision, then I have gone through that process with you. And maybe framing it in those terms of that you have had that discussion and explanation, and that you have advised them that there's going to be a period of stabilisation.

Is there anything you wanted to add before we wrap up?

I think that having a look at a drug compendium and looking specifically at the effects on driving can assist you. If you have applications on your computer for electronic prescribing, most will flag interactions with you. And I think it's about having a very honest and open discussion with your patient about the effects of any substance that you prescribe and the effects on driving, but also the underlying medical condition.

That's unfortunately all the time we've got for this episode. Thanks for joining us today, Vanita.

Thank you very much, Ashlea.