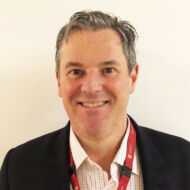 Ashlea Broomfield interviews Harry Gibbs about management options for this common form of heart failure. It’s more about managing the symptoms than curing the disease. Read the full article in Australian Prescriber.

Welcome to the Australian prescriber podcast. My name is Ashlea Broomfield and I'm here again with Dr Harry Gibbs, a cardiologist who works in the Department of General Medicine at the Alfred in Melbourne. Welcome on the podcast again, Harry.

Today we're here to talk about what you call HFpEF.

Yeah, HFpEF is the term that describes heart failure with preserved ejection fraction. So heart failure is an extremely common cardiac condition which is associated with congestion, so either breathlessness or peripheral oedema in association with some sort of abnormal myocardial function. And we divide heart failure into two categories. Those where there is preserved ejection fraction, where the left ventricle is pumping normally in systole, and those with reduced ejection fraction where in systole the left ventricle has reduced function. And there's an important distinction to be made because the therapies are different for these two different categories.

Yeah, well first of all, about a half of all heart failure is heart failure with preserved ejection fraction. So it's actually a lot of people who have got this problem. And those who have this tend to be older, they're a bit more likely to be female. They usually have a longstanding history of hypertension, but they're somewhat less likely to have a history of coronary artery disease because those people often will have had myocardial infarction, which has reduced their ejection fraction.

Whereas those with heart failure preserved ejection fraction have a slightly different pathophysiology.

Yeah, that's right. Those with preserved ejection fraction are often people with longstanding hypertension in particular, where there's been fibrosis of the left ventricle leading to importantly reduced filling. So this is the term that used to be called diastolic heart failure.

So for these patients you've said that the commonest presentation is exertional dyspnoea. And so when we're looking at someone who has a broad range of cardiac risk factors with exertional dyspnoea, what are the things that would clue us into that we need to be thinking about HFpEF?

Breathlessness is very common, particularly in the elderly. And the question always comes down to whether the breathlessness is due to lung disease, heart disease, or a lack of physical fitness. And it can be difficult to determine that, particularly because with HFpEF if you do an echo, you'll see that the left ventricle appears to be contracting normally. On the echo however, you will often get some abnormality of diastolic function.

Heart failure is really a clinical diagnosis, so patients have to have some clinical evidence of heart failure, whether that be breathlessness or peripheral oedema or raised JVP. And in addition to that, have to have something else that tells you the heart's not working properly. The common investigations that would be done there would be an echo, and if the left ventricle has reduced injection fraction, there's heart failure. If it's preserved as abnormal diastolic function, there's probably heart failure. But then importantly, biomarkers are useful. So measuring the BNP or pro NT BNP, all which are compounds that are released when there's a myocardial dysfunction. If those are elevated, the patient almost certainly has heart failure.

For general practitioners when patients are presenting with exertional dyspnoea and we're trying to figure out where we need to go in terms of the diagnosis when we're thinking about differential diagnosis. Even though they have a normal ejection fraction that can't discount the heart failure, so it's important to involve a cardiologist and see whether there's this diastolic dysfunction or as now known HFpEF. Once we've got that diagnosis established, what are the differences in terms of management between classical heart failure with reduced ejection fraction and preserved ejection fraction?

There are a number of treatments which improve mortality with heart failure with reduced ejection fraction. Unfortunately there've been a number of trials that have looked at these treatments in heart failure with preserved ejection fraction and none of them have proved to be beneficial. Now there have been some trends and there are some questions around the trials so that using those established therapies in HFpEF is probably not wrong, but the benefit is not going to be enormous. So the treatment of patients with HFpEF is really around the management of their symptoms rather than around therapies that are going to dramatically alter their mortality. And so to treat the symptoms, it really is about using diuretics as well as important lifestyle change. Losing weight, having some cardiac rehab, watching your salt and water intake and so on. And they're the things that are going to help these patients who are often very elderly, often with other comorbid conditions, but it's going to help them to have a better quality of life.

What's the impact of an increased heart rate in patients with HFpEF and how do we manage that?

The problem with HFpEF is in diastole and that's when of course cardiac filling occurs. So if you have a tachycardia, diastole is short and there's less time for cardiac filling. So tachycardia in HFpEF is bad and leads to worsening symptoms and increased hospitalisation. So having a therapy that prevents tachycardia is useful. Unfortunately the trials with long-acting beta blockers, whilst there were trends towards a mortality benefit, didn't actually reach statistical significance. But nonetheless, avoiding tachycardia is important either with a beta blocker, digoxin or a non-dihydropyridine calcium channel blocker.

And this would be particularly important in patients with atrial fibrillation?

Yeah, so this would be a cardiac rehab program, so it's normally a supervised exercise program where patients normally walk on a treadmill or a ride on a bike, but usually under supervision initially. So motivation and actual uptake of exercise is better if there's a supervised program.

It's quite common to have patients seen by a cardiologist, have the specific diagnosis of what type of heart failure they have and treatment recommendations. But then it's often up to the GP to do medication reconciliation or be considered about other medicines to be wary of in patients that have specific clinical problems. And there was a section in the article that you wrote on drugs to avoid in HFpEF. Could you cover those for us today as well?

So the main one to watch out for would be the nonsteroidal anti-inflammatories. So these lead to salt and water retention and can worsen heart failure both preserved and reduced ejection fraction. And that would be the commonest medication that people in this age group would be likely to potentially require. In addition to that, isosorbide mononitrate has been shown in one trial to potentially worsen exercise capacity. So for patients with angina, if there's an alternative antianginal, that's probably a better option. Finally, it's important to say that sildenafil, which has been trialled as a therapy for this condition, has not been shown to be beneficial, but it's not harmful. So if patients require that for erectile dysfunction, then it's okay for them to take that.

And finally, what are the future trends in terms of options for management of HFpEF that's non-pharmacological?

Yeah. So what does the future hold? Always a good question. I guess before I go on to non-pharmacological, there are still some additional pharmacological agents that are being trialled. The SGLT2 inhibitors for diabetes have recently been shown to be beneficial for patients with heart failure, with reduced ejection fraction. And importantly that's even in those who don't have diabetes, which is an amazing finding and those agents are now being trialled in patients with HFpEF. So we'll be very interested to see what the outcome of that is. In terms of non-pharmacological therapies, one of the exciting advances has been that you can actually create a very small atrial septal defect by making a little hole in the atrial septum. And this leads to unloading of the left atrium and a lot of the symptoms with HFpEF are due to increased left atrial pressure leading to pulmonary congestion. So unloading the left atrium can in fact improve these symptoms and the procedure itself is actually fairly simple and straightforward but requires additional investigation.

Can you think of anything that you want to say that we haven't covered?

It's a really important to remember that heart failure with preserved ejection fraction is extremely common. Particularly in older patients and particularly those with longstanding high blood pressure. The diagnosis is sometimes missed. So it's really important to think about it and look for it and those who have the diagnosis normally benefit from some diuretic but the other therapies really aren't all that effective. So lifestyle change is extremely important. Losing weight, having some regular exercise, getting enough sleep, having a good diet, regulating alcohol, regulating salt intake are extremely important things that can make a big difference to this cohort of patients.

That's unfortunately all the time we've got for this episode. Thanks for joining us today, Harry.

The views of the hosts and guests on the podcast are their own and may not represent Australian prescriber or NPS MedicineWise. I'm Ashlea Broomfield and thanks for joining us on the Australian Prescriber Podcast.