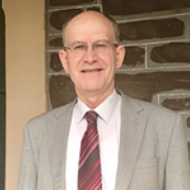 Dr David Liew interviews Richard Kwiatek, a rheumatologist from Adelaide, about fibromyalgia and how GPs can help these patients in the community. Read the full article in the October issue of Australian Prescriber.

One important message here is that these patients often in their journeys they've actually been dismissed as having nothing of any great significance by other health practitioners, so they actually need support to encourage them to continue with non-pharmacological techniques as well as of course their medications.

I'm Dr David Liew, your host for this episode. It's a pleasure to be speaking to Dr Richard Kwiatek today about fibromyalgia. Dr Kwiatek is a consulting rheumatologist in Adelaide. Richard, welcome to the program.

Indeed and thanks very much for having me.

I think a lot of people, patients and clinicians alike, have difficulty understanding fibromyalgia, getting their head around it. What is fibromyalgia and what does it look like?

Yes, well it certainly has a history of considerable controversy. At its essence it's just what we call functional somatic syndrome where pain is very predominant as a symptom, basically widespread if not total body pain. The only physical finding is widespread deep-tissue tenderness.

I guess there's a temptation sometimes for clinicians to think about this as a purely psychological problem. People with fibromyalgia often get told it's all in your head, but that's not what fibromyalgia is, is it? Is there a biological basis to this?

Well that's right. Mainstream medicine’s having difficulty with this because, at least at a superficial level, on examination there are no objective findings and so it has been a contested diagnosis. But now we're finding in a lot of research there, at least in cross-sectional studies, there's a lot of objective changes in correlations being detected both at the anatomical level, at a pathophysiological level and at a chemical level and cellular level.

So what should clinicians look out for when trying to make a diagnosis of fibromyalgia? There are a lot of reasons why people might have pain but how do we go about trying to delineate who has fibromyalgia and who has something else?

Well that's a good point. It is true that fibromyalgia is moderately strongly associated with psychological distress and psychiatric disorders but there are people out there who don't have it. We think that fibromyalgia is an adrenal stress response to the body, that is somatic symptoms occur in response to some form of stress, physical or psychological, but when those stressors go away there's a tendency for those maladaptive changes to persist so that makes clinical assessment complex. It seems to occur with increased instance in psychological disorders, it definitely occurs in musculoskeletal medicine a lot, and finally we've got growing evidence that it occurs with increased instance in any medical disorder because the body is distressed. So you can differentiate fibromyalgia into so-called primary fibromyalgia, which means it occurs relatively spontaneously without any other medical illness, and so-called concomitant fibromyalgia, which means it's associated with other medical and psychological disorders. And then the issue is to what degree are the latter group reversible if you actually treat those underlying medical and psychiatric disorders will it actually go away? And we now have accumulating and robust evidence that there's certainly a subgroup of people where the problem doesn't go away. The best example is people with knee osteoarthritis who have a lot of regional and widespread pain before having a knee replacement and then they have their knee replacement and there's a significant proportion of these people in whom the pain doesn't go away.

And that's certainly correct. There's a growing appreciation that functional somatic syndromes in general have associated sensory system sensitisation. In fibromyalgia they have sensitisation of their pain system and so we have a complex situation which requires high-level clinical skills to fully evaluate, and in general practice this is clearly very demanding.

So how can we approach this problem in real life? What should the treatment priorities be for patients and for clinicians in their general approach?

What I do is that I try to evaluate what are the major symptoms in order priority. That's very important to sort of rank their symptoms with regards to pain, fatigue, sleep disturbance, cognition and/or psychological distress, and then tease out other factors which may be aggravating, the so-called concomitant disorders which may be driving it or at least contributing to their problem. There are lots of medical conditions which can do that. At a practical level we need to work out whether they’ve got peripheral pain generators, any form of arthritis, either in the spine or on the periphery, whether they are psychologically distressed, whether they're on inappropriate medications which may be promoting weight gain because weight causes metabolic inflammation.

So it sounds like there are a lot of things to tackle there. At the core those non-pharmacological measures which are so important. But in recent times we've had more pharmacological options for fibromyalgia. There seem to be a greater number of medications which we've got to choose from. So how do we go about choosing the right medication for the right patient? Which medications work and which ones don't?

The more traditional, non-pharmacological approaches on average are only modestly effective. Their effect sizes are all less than one. There is an argument by some people that we should not rely on pharmacological treatments because it promotes passive illness behaviour and therefore patients should be weaned off medications as quickly as possible and concentrate on the non-pharmacological approaches, physical, psychological and lifestyle-associated changes. The reality is they're actually not that potent in the vast majority of people. So with regards to medications though, we have evidence at least with milnacipran that the effects of these medications can go on for many years, if you withdraw the medication the symptoms come back, so we need to target them to the major symptoms which these people have. Pain is obviously a major one for all of them but many of them have sleep disturbance and they have a psychological distress and we can pick and choose the various medications depending on how they work and try and quieten down the symptoms to make it easier for patients to embark upon the non-pharmacological approaches.

Well for all of those I’d be cautious if they're already overweight. You don't want people who are clearly obese going onto them because it's pretty guaranteed, especially for the first two amitriptyline and pregabalin, that they will put on weight with it. A subgroup on duloxetine will put on weight. With amitriptyline it’s been traditionally used as a sedating antidepressant for both pain and sleep. We know that it's pain-relieving effect tends to be short lasting with tachyphylaxis occurring within weeks to a few months and so what most patients derive from it primarily is only a sedating effect on their sleep but their sleep is a pharmacologically induced sleep, it's not a physiologically enhanced sleep, and so often these people have a problem with morning hangover. Having said that, there is a small subgroup, perhaps one in 20 in my experience, who can gain both good sleep and pain control with amitriptyline for many many years. The evidence base for amitriptyline is weak because all the studies are small in size and have only short duration. Pregabalin tends to promote a physiological sleep, a more restorative sleep, so that can be used to try and improve sleep patterns as well as pain. Unfortunately, just like amitriptyline in all of these subpopulations, they realistically only work in a minority of patients. Duloxetine will not help sleep but will help the mood and anxiety as well as pain. Again with regards to pain it is only in the minority of people.

So we've recently seen the emergence of milnacipran in Australia. What is that, how does it work, and where does it all fit in?

Well milnacipran has been around for quite a few years in the US for depression. It's an SNRI and so it may well affect a different subgroup of patients. Clearly again only a minority. It is a bit of a stimulant so it tends to be useful for fatigue, although it doesn't improve sleep patterns at night-time. One area which it can be very useful is in the overweight patient, assuming that it works of course, because there's this quite robust evidence that people or patients do not put on weight with it. In fact they can lose a few kilos over several months

So in amongst managing all those medication options and all the non-pharmacological options, what would you say to our GP listeners who are on, the frontline of health care, trying to manage patients with fibromyalgia. How should they go about trying to balance these things? Are there resources that they can turn to, or are there better models of care out there to try and help patients like this?

And that of course is a very important question. Well firstly GPs, given the structure of general practice in Australia, this is a very demanding task and if they need help they should not hesitate to refer to a rheumatologist or a pain medicines specialist. One important message here is that these patients often in their journeys they've actually been dismissed as having nothing of any great significance by other health practitioners, so they actually need psychological support to encourage them to continue with non-pharmacological techniques as well as of course their medications. Now how do they do that? Well the Australian healthcare system is not ideally structured for that. For chronic illness in general I would recommend that they googled Fibromyalgia Australia under whatever search engine and look through what's available there. There are simple information sheets available there. There's a website called Fibromyalgia Australia Community Webs which is a local website which is very extensive, and finally FibroGuide which is based in the US. It has 11 modules so patients can go through learning some practical skills to manage their issues, and also some advice on how to deal with relatives and friends, that is to give them some techniques and some information to inform their loved ones and spouses and so forth, as to what's going on with them, because often these patients are not even believed by their spouses that they've actually got something wrong with them.

That’s Dan Clauw’s website, isn't it? He's such an elegant speaker, as are you Richard, and thank you very much for joining us on the podcast.

You're very welcome, thank you.