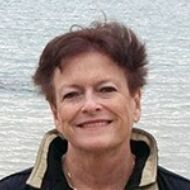 Dr Janine Rowse discusses the role GPs play in the early detection and management of suicidality with Associate Professor Josephine Anderson from the Black Dog Institute. Read the full article in the October issue of Australian Prescriber.

The loss of hope and the loss of support and often the loss of those protective factors that may have been there buoying the patient up can point the way to the patient becoming more likely to suicide.

I'm Dr Janine Rowse, your host for this episode, and it's a pleasure to be speaking to Josephine Anderson today. She writes about the important topic of suicidality, its prevention, detection and intervention, in the October edition of Australian Prescriber. Dr Anderson, welcome to the program.

You've mentioned in your article that, alarmingly, suicide is the leading cause of death among young Australians with rates increasing and it seems that some health care professionals approach the discussion of suicidal risk cautiously with patients out of some fear that it's a difficult conversation or are worried about planting ideas. Is there any evidence that this is the case?

No there isn't. It is important that they do ask patients if they have any concern that they may be depressed or have suicidal feelings. It needs an empathic approach so asking people for example if things have ever got them down so much that they've thought about killing themselves or harming themselves, and most people will either say yes they have at times but then a discussion can ensue about why they wouldn't act on those. But people who have more serious suicidal thoughts it's often a great relief to be able to talk about that.

I suppose GPs particularly are well placed to be able to ask those questions.

Yes, it really does help if you do have a therapeutic relationship where the patient trusts the GP and also trusts that contact with their GP is going to be helpful for them.

One of the greatest difficulties I find is identifying the patients who are at acute immediate risk particularly on a background of long-standing suicidal ideation or depressed mood. How could a health care professional approach a patient they've identified as having an acute risk?

I think that there are two things to consider here. The first I guess are the questions that one might ask a patient to explore the nature of their suicidality. So asking about thoughts obviously, exploring how long the patient’s had the thoughts, how often they occur, how easy or hard to push the thoughts away. Patients find it can be also an indication of how much distress they're causing a patient. And then the question obviously about do you think you would carry out these thoughts and if they say yes they would or sometimes they think that, ask them about plans that they have made and consider particularly access to lethal means. Ask them about episodes of trying to commit suicide in the past and particularly what happened, and then importantly, when one's also thinking about protective or supportive factors asking patients about who is important to them and whether they've confided in them about how they're feeling. Also asking the patients if they have any ideas about what they could do or have found helpful in the past. And then finally of course the main question that's so important to patients is how can I help? If you're looking after a patient who has had chronic suicidal ideation and you're wondering is this getting worse, is this an exacerbation, think about bereavement, think about a worsening of relationship problems or non-adherence to treatment, or increased alcohol use and particularly the loss of hope and the loss of support. Often the loss of those protective factors that may have been there buoying the patient up can point the way to the patient beginning to give up hope and becoming more likely to suicide.

And substance misuse can frequently accompany anxiety or depression. How could a health care provider approach this and how does this tie into suicidality?

Certainly in Australia and many other cultures alcohol use is one of the first substances that's used to reduce anxiety and improve mood. Unfortunately it doesn't do either of those for very long and of course it does also increase impulsivity. There are strategies such as the principles of motivational interviewing and there are also some online programs aimed at treating depression and anxiety which also have modules devoted to alcohol or other substance use. ‘myCompass’ is one of those and there are several online treatments that are currently being evaluated such as ‘Hello Sunday Morning’, ‘Shade’, ‘Daybreak’, ‘On Track - Alcohol and Depression’. These are all at varying stages of being evaluated but many of them look promising.

For patients with mild to moderate depression there's very good evidence of psychological treatments, either online psychological therapies or face-to-face therapy. I've already mentioned ‘myCompass’ which is one of the eMental health interventions devised at Black Dog. Another excellent one is ‘This Way Up’ by the Anxiety Disorders Clinic at St Vincent's Hospital and ‘MindSpot’ is also a clinician-assisted online treatment for anxiety and depression, that requires a GP referral but it is free.

That's great to know about.

And they can be used either as standalone treatments or as adjunct to face-to-face therapy. So getting onto pharmacotherapy it's certainly true that for patients who have severe depression and some of those who have moderately severe depression as well, or for those patients who can't access psychological therapies or don't want to access psychological therapies, then pharmacotherapy starting with mono-therapy and antidepressant is the treatment of choice. And for patients who've not taken antidepressant medication before we recommend the SSRIs as a first-line.

There's been significant conflicting information over the last few years about antidepressants paradoxically being linked to an increased risk of suicide particularly in younger patients. Can you tell us about this and what current evidence supports?

Yes, that has been an area of concern. Overall the consensus is that in children and adolescents with depression, the evidence doesn't support avoiding antidepressants because of an increased risk of suicidal behaviour. So the first line of treatment is psychological therapy, however if that's not successful or a young person can't or doesn't want to access that treatment, then certainly antidepressants especially the SSRI fluoxetine have a place as the next line of treatment. They do need of course to warn parents and young people that there may be an increase in suicidal thinking in the early stages of commencing the medication that can be minimized with a ‘start low and go slow’ strategy and also arranging to monitor more closely is good practice in that regard.

The choice of which antidepressant to prescribe can be multifactorial and complex depending on age and comorbidities. You've already mentioned fluoxetine for younger people. What would be reasonable first-line agents in different groups of people?

In the general adult population as I said for medication-naive patients, we would recommend the SSRIs. Generally they're all more or less equally efficacious but the ones that are best tolerated are things like escitalopram and sertraline. If they're unsuccessful in helping the patients of depression then the choice is about 50-50 according to the evidence whether one chooses another SSRI or whether one goes on to a different class, such as an SNRI.

Some antidepressants are more dangerous in overdose than others. Can you tell us a little bit about the risk of overdose in some of these?

Yes certainly. The tricyclic antidepressants, they're the most dangerous of the antidepressants in overdose followed by the SNRIs and then the SSRIs. And I guess that kind of makes sense when we think about it because the side-effect profile is getting narrower and narrower. There are some potentially dangerous effects in overdose from the SSRIs. Both citalopram and escitalopram have been shown in some cases of overdose to have QT prolongation and a risk of seizures and again fluoxetine has a long half-life so it's a problem if you take a large quantity of it. If the suicidal patient requires an antidepressant, we would usually recommend using a drug which is both less toxic and also perhaps prescribing only a week’s supply, or dispensing a week’s supply.

What would be your take-home message for health care providers about preventing and detecting suicidality in patients?

I think that it is important not to be shy about asking the question if you're concerned that your patient might be having suicidal thoughts or if they are depressed. It's important to be proactive and to intervene early and discuss with your patient treatments that are available, and that includes not only pharmacotherapy but also psychological therapies particularly in mild to moderate depression.

That's unfortunately all we've got time for this episode. Thanks so much for joining us today Dr Anderson.