Which combinations should you avoid? 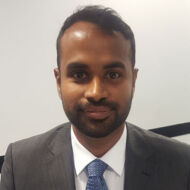 Ashlea Broomfield chats to Varan Perananthan about prescribing opioids and antidepressants, and which combinations to avoid. Read the full article in Australian Prescriber.

Welcome to the Australian Prescriber Podcast. My name is Ashlea Broomfield, and I'll be your host for this episode. And I have Varan Perananthan with me today, and Varan is a clinical pharmacology trainee and a gastro and hepatology trainee. And he has written an article for Australian Prescriber on combinations of opiates and antidepressants to avoid. So why did you write this article?

Yeah, that's an interesting question. The reason why myself and Professor Buckley decided to write this was mainly because the prescribing of opiates is increasing in Australia and the prescribing of antidepressants is also increasing as well. There are some combinations that prescribers have to be aware of, and we wanted to focus on a few medications which seem to be commonly prescribed in the last 10 years or so, and we thought that it would be a good idea to write about.

So let us begin with combinations of opiates and antidepressants where you'll get an increase in serotonergic activity and, therefore, complications from that.

There are certain opiates which have increased serotonergic activity. One of the main ones is actually tramadol, which is quite commonly used. Tramadol is actually one of those interesting medications because pharmacologically, it's actually quite similar to desvenlafaxine. So it does have those receptor effects, which can affect noradrenaline as well as serotonin as well. Other opiates which can also have a serotonin-type effect is dextromethorphan, which is often found in cough syrup. And there's also pethidine as well, which is not used as commonly anymore. So yeah, there are some opiates which have increased risk of serotonergic activity and affects serotonin receptor.

And what about some of the other newer opiates such as tapentadol?

In the article, you mentioned that there are some opiates or antidepressants which will cancel each other out in terms of activity. What are those sorts of combinations that we need to be mindful of?

Certain opiates affect the CYP2D6 pathway and other kind of antidepressants also affect that same pathway as well. So an example would be tramadol. So the mixture of tramadol and paroxetine and fluoxetine reduces the conversion of tramadol to an opiate antagonist. That results in high concentrations of tramadol, but it's actually its metabolite which has its opioid effect. So in some ways, it can actually potentially reduce the analgesic efficacy. So that's something to be aware of as well with certain antidepressants.

So tramadol's kind of showing up there in two situations where increased risk of serotonergic syndrome and less likely for it to be effective in combination with an antidepressant.

And then when we consider extra effects that antidepressants might have in combination with opioids, for example sedation, what sort of combinations are we looking at there that can be a problem?

Tricyclics and tetracyclics specifically are known to be sedating, and mixing a sedating antidepressant while also being on an opiate can exacerbate drowsiness, can increase the risk of falls and respiratory depression. So that is another interaction that needs to be considered when prescribing both different drugs.

And the antidepressants that, just for our audience's sake, that are more likely to increase sedation, what are the common ones that are prescribed that also do that?

Yeah, a common tetracyclic which is used is mirtazapine. Mirtazapine's quite widely used now and it's used for many reasons, not just as an antidepressant, but in low doses, it's also used for certain patients who complain of insomnia. So combining mirtazapine with an opiate, you just have to be aware that there's increased risk of drowsiness and that risk has to be explored.

Let's say someone does need opiates for whatever reason for pain and they are on an antidepressant. What are the safety considerations that we should think about? We've spoken a little bit about whether that particular opiate that they're considering increases serotonin, whether it is sedating at all, which all opiates are anyway. So whether they're already on a sedating antidepressant medication, and then the interaction of our efficacy between the two tablets, what are some okay combinations of opiates and antidepressants together?

What it comes down to is prescriber and patient preference at the end of the day. But as a prescriber, avoiding the routine use of any high-risk drugs is essentially the simplest strategy. There are certain low to intermediate risk antidepressants such as SSRIs, SNRIs, TCAs, which relatively have low serotonergic activity, and other medications like oxycodone, for example, or buprenorphine could in some circumstances be considered low-risk opiates. So combinations of low-risk serotonergic medication with low-risk opiates with serotonin toxicity is one thing to consider.

The second thing to consider is whether the antidepressants we're using are overly sedating and then also keep that factor, that second kind of factor in mind as well. But what it comes down to ultimately is patient as well as prescriber preference, but being wary and aware of interactions as a prescriber is, and having that general idea, is important.

And you have a nice, handy little chart in the article which looks at low-risk antidepressants and low-risk opioids and the combinations together. And it helps to kind of visually have an understanding of what combinations are helpful to avoid in clinical practice. Some of the other medications that you've mentioned in the article are fentanyl and methadone.

Methadone is largely used in opioid dependence, and methadone does have serotonergic effects. It has been associated with serotonin toxicity, but the risk appears in the middle in terms of a medium risk. The problem with methadone is that it has variable hepatic clearance with multiple different CYP pathways. So certain SSRIs or SNRIs which inhibit a particular enzyme might precipitate with methadone toxicity on one hand; on the other hand, may precipitate serotonin toxicity.

When it comes to fentanyl, it is unclear. There's definitely been case series and retrospective analysis where fentanyl has been mixed with another serotonergic drug, and there've been very low numbers of reported interactions or adverse events, but fentanyl based on the research which is out there, there is a low risk, but a possible risk. And that's why fentanyl is put in the medium category.

Once we sort of cease a medication or in the event that we have come across a combination that's not particularly helpful or has caused any number of these side effects, are we okay to just leave it after we cease it? Or should we be concerned about how long the duration is as a risk in terms of interaction with those particular medications?

Yeah, so certain SSRIs and SNRIs and MAO inhibitors, they have quite long half-lives. So, that risk has to be factored into. For example, certain irreversible MAO inhibitors can stay in the system for many days. Another example could be fluoxetine, which can stay in the system for many weeks. So in that context, it's important to take a good history from patients, especially if they present with signs of serotonin toxicity to see, even though they may not be on a medication at the moment, they may have been on a medication a few weeks back, which may contribute to toxicity. So that needs to be considered as well.

Yeah. It is a really interesting topic to consider, particularly when as prescribers, we're concerned around safe opiate prescribing and prescribing opiates that have less addictive potential, how also is sort of a higher risk of interaction with antidepressants as well.

Just because of this article, doesn't necessarily mean that you have to stop patients' antidepressants or opiates. You just have to be aware of those risks. And if you're deprescribing, you also have to be aware, especially with antidepressants, that there's risk of withdrawal symptoms if you deprescribe say, for example an SSRI too quickly. So, that's something to also consider, too.

So you might consider that the most appropriate opiate for this particular person in this particular time and they might also be on an antidepressant, which makes it more of a high-risk combination for side effects and, therefore, a clinical decision needs to be made around prescribing and monitoring really closely…

Yeah. And I guess in general, it's also important to involve allied health colleagues. So for example, with pain, medication is an integral part of managing pain. However, it's not the most important thing. It's also involving allied health, physio, occupational therapists. They all play a pivotal role in managing chronic pain for example. At the same time, when it comes to patients prescribed antidepressants, the involvement of a psychologist is also quite important as well. And even in chronic pain, involvement of a psychologist is also important, too. So when it comes to these particular patients and we're trying to figure out a way to reduce their risk of drug interactions, it's also important to involve allied health colleagues because they make more of a difference in a patient's life than medications alone.

Varan, you're talking my language when you're talking about holistic care of patients and not thinking just about what we can prescribe in pill form, but also what we can help the patient do in terms of physical functioning, mental health functioning, and in their life in general, that typical biopsychosocial approach to health. And it's a useful thing to consider if you're going to write a prescription and there might be an interaction, that's a good sort of time to put on a break really, isn't it, and think about those things. So it's a really useful point that you've brought up.

And thank you for joining us on the Australian Prescriber Podcast. My name is Ashlea Broomfield, and I hope that you join us next time.

The views of the hosts and the guests in this episode are their own and may not represent the views of NPS MedicineWise or Australian Prescriber.