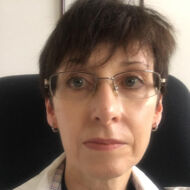 Andrew Boyden interviews Dr Carolyn Hawkins about the use of antihistamines for managing allergy. Read the full article in Australian Prescriber.

I'm Andrew Boyden your host for this podcast. It's a pleasure to be speaking with Dr Carolyn Hawkins about antihistamines. Welcome Carolyn.

Well I'm showing my age here, but when I went to medical school I think we only had sedating antihistamines to choose from but now we have the second and third-line less sedating products. How do these differ in their actions?

So we clearly should generally be avoiding their use but are there any situations in which they are still indicated?

Yes there are some situations where a sedating antihistamine such as cyclizine or promethazine might still be used. For example they can be used specifically in the prevention of motion sickness and may sometimes be used where nausea might want to be controlled, for example in patients receiving chemotherapy.

I know the sedating antihistamines have been used for sedation in children say for instance with long-distance air travel. Is there a role in that area still?

No we don't believe that sedating antihistamines should be used in children and particularly those less than two years of age. There was a black box warning by the FDA in 2004 in America but there have been significant associations with both behavioural and significant sedation in children. We would also recommend against the use in pregnant women as well due to the risk of sedation.

Yes so it’s really a strong message we need to be sending out there through the community that really the use in this way is really historical and should be put to bed.

I would confirm that, yes.

With the newer antihistamines are some better than others or indicated in one situation over another?

So there are some situations where a particular non-sedating antihistamine might be preferred in particular clinical settings. Loratadine is metabolised in the liver, whilst the other non-sedating antihistamines cetirizine, desloratadine, fexofenadine aren't metabolised extensively and cetirizine for example is eliminated in the urine. For example, if you were using loratadine you would consider dose reduction in patients with severe liver dysfunction and for cetirizine that's excreted in the urine you would maybe reduce the dosing in kidney failure.

Okay. In general practice we're often turning to antihistamines and so for example, starting with allergic rhinitis, is this a straightforward diagnosis that can be made on history and examination alone or do you think there is a role for allergy testing?

I believe in the initial setting that there is a role for history and examination and making a diagnosis on the basis of those features but in terms of being able to identify specific triggers, for example determining whether a patient has seasonal rhinitis or whether they have rhinitis throughout the year, then there's a significant role for skin prick testing to identify specific allergens.

Yes and I suppose that's touching on treatment really for allergic rhinitis and of course the need to avoid trigger factors and of course this is where the role of medicines comes in as well. So apart from antihistamines are there are other medicines that you recommend?

Some other treatments that can be used in the setting of allergic rhinitis are topical corticosteroids but there are also topical nasal antihistamines for management of very mild disease alone. There are also other treatments such as intranasal ipratropium bromide or atrovent which can help in in reducing nasal secretions or rhinorrhea. Nasal irrigation with saline solution is also shown to improve some of the symptoms and the total amount of oral antihistamines that might be required.

So, just building on what you just said there about the various treatments available, is there a role for combination approaches?

Okay and these principles around treatment, for example avoidance of trigger factors and selection of appropriate medicines, of course also apply to another common condition seen in general practice, allergic conjunctivitis. What's your view and when may oral treatment be preferred over the use of topical agents?

In the setting that we see these patients they often have a combination of both allergic conjunctivitis and rhinitis and I think in that setting where the patients might find it difficult to avoid the allergen completely, particularly during spring, then there's a role for both the topical and a systemic antihistamine. Other treatments that might be considered are the mast cell stabilisers so sodium cromoglycate can be used but there're also topical eye drops, as you know – ketotifen, azelastine and olopatadine play a significant role both in their antihistamine and mast cell stabilising effects.

Can you please outline the role of antihistamines and the management of more acute allergic reactions and maybe which guidelines that you use to guide you in this area?

As we've discussed antihistamines are useful medications when used for the right indications. Are there any areas in which they're still being used but for which the evidence just isn't there?

In summary, what would you say are take-home messages for pharmacists and GPs in relation to the appropriate use of antihistamines?

You could say that antihistamines are very effective in treating allergic rhinitis, allergic conjunctivitis and urticaria. I think the take-home message is that there are very few situations where a sedating antihistamine should be used.

The full article on antihistamines is available online. The views of the host and the guests on this podcast are their own and may not represent Australian Prescriber or NPS MedicineWise.