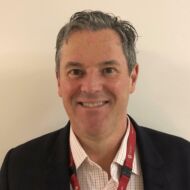 Dhineli Perera interviews Associate Professor Harry Gibbs about the best way to balance the risk of thrombosis and bleeding after acute coronary syndrome. Read the full article in Australian Prescriber.

I'm Dhineli Perera your host for this episode and it's a pleasure to be speaking to Dr Harry Gibbs. Harry writes about the art of balancing risks and benefits when combining anticoagulants and anti-platelets in patients with coronary artery disease. Harry welcome to the program.

So, Harry can you start by refreshing us on the typical indications for anticoagulation versus those for anti-platelets?

So, anticoagulation or oral anticoagulants are typically used for situations where there's thrombus that's likely to form in low-flow states. So that would be venous thromboembolism. So, patients with DVT or pulmonary embolism, patients with atrial fibrillation. Then there's another group and that's those who have mechanical heart valves where oral anticoagulation with warfarin has been the standard of care. Antiplatelet therapy however is more directed at preventing thrombus from forming in the high-flow arterial circulation where the mechanism of thrombus formation is predominantly around platelet activation with a secondary thrombin generation. So, it's used to prevent stroke in patients with carotid disease. It significantly reduces the risk of death and further heart attack in those with establish coronary artery disease. So, they’re the main differences.

So, then I guess the guts of your article is neatly broken up into four main patient groups. It begins with patients who don't need percutaneous coronary intervention, so PCI, and don't have an existing need for anticoagulation. Can you briefly describe what standard therapy would be in this group and where the low dose, no acts fit into this picture?

So, this group of patients have traditionally been managed with antiplatelet therapy alone. So, this is someone for example who's had a heart attack or a stroke who doesn’t require a stent and they've been managed with either one or two antiplatelet agents. It's been known that oral anticoagulants are beneficial in this group of patients, for decades really. So, going back to some studies of warfarin that showed there was a benefit, however the use of full-intensity oral anticoagulation is associated with increased risk of bleeding. So oral anticoagulants have not been part of the usual standard of care. A novel approach to the management of these patients however has come from the COMPASS trial and this showed that there was a significant benefit of this low-dose rivaroxaban with aspirin and with a reduction of subsequent coronary artery events. There was a slight increase in bleeding, but the increased risk of bleeding was pretty small. A lot of it was gastrointestinal. That's not particularly dangerous whereas heart attacks are.

So, when we say low-dose NOAC [new oral anticoagulant] we're talking about what dose exactly?

Okay great. So next you discuss patients who don't need PCI but do have an existing need for anticoagulation. What would standard practice be for this group and is there a difference for those with low-bleed risk versus higher risk of ischaemia?

Right so it really depends on that stability.

And I think it’s important for doctors to review their patients on a regular basis because if a patient gets out to 12 months after any episode of instability the doctors should give strong consideration to dropping antiplatelet therapy at that point but continuing on with the oral anticoagulant.

So, then you did discuss patients who needed a PCI and did have a pre-existing need for anticoagulation. What does the evidence suggest with regards to warfarin in combination with either dual or single antiplatelet therapy?

So, this is also an extremely common scenario. Warfarin in combination with dual antiplatelet therapy, which is required after stent placement, has a very high risk of bleeding and in many studies it's at least 20% major bleeding at 12 months and bleeding is bad. So, bleeding can firstly be associated with very severe complications including death but also bleeding requires the cessation of antithrombotic therapy. So, if a patient bleeds and they don't die from it and they don't have major disability you have to stop at least one of the antiplatelets plus the oral anticoagulant and sometimes patients then require operations, other procedures to try and address the bleeding which puts them at an increased risk of thrombotic events. So, patients who bleed often have a greater risk of stroke and heart attack because of the interventions that are required and the fact that they've had to stop their anticoagulants. So, it is a major problem with 20% major bleed rates we really needed to do something to get a different strategy to manage these patients.

So, I guess that kind of leads into my next question as to where the NOACs sit this space?

As with any new therapy there was a bit of reluctance to use NOACs in this particular scenario, however there was some knowledge from the NOAC trials that bleeding seemed to be a bit less with NOACs and importantly intracranial bleeding was less. So many clinicians did start to use NOACs in this situation, but we now have data from a couple of large randomised trials that show that in a patient who has a relatively low risk of future ischaemic events who's had a PCI then they can be managed with a single antiplatelet plus a NOAC usually in a slightly reduced dose. So, for example if rivaroxaban that would be 15 mg once a day and with dabigatran it would be 110 mg twice a day. So a lower dose of NOAC plus one antiplatelet has a very favourable combination of safety and efficacy and in particular the bleeding rates are much lower than traditional triple therapy with two antiplatelets plus warfarin. So it’s a good option.

Okay that's fantastic. It's good that there are those options now I guess, and there's a bit more practice with using them as you said. I guess the final group was of course patients who needed a PCI but did not have a pre-existing need for anticoagulation. Dual antiplatelet therapy seems to be the clear winner here. Is there a particular combination of antiplatelet that has the strongest evidence to support its use or is it really physician preference?

Ok, great, that's good to know. Six to twelve months is a fairly wide window for duration of antiplatelet therapy variability. What criteria are used to decide where a patient falls in this window?

So this is where some of the art of medicine comes in more than the science. I think the clinician needs to take into account many, many factors when considering ischaemic events, the extent of the coronary disease, the number of previous events patients experienced, presence of other risk factors that might not be able to be adequately managed but also importantly the coronary anatomy and the number and length of stents, which arteries they're in, how big the arteries are. Then the risk of bleeding, again there are many factors that predict that. But if the patient has had a bleed in the past you'd be very concerned about extending their duration of antiplatelet therapy. So it's really trying to weigh up these many, many factors and of course at the end of the day patient preference is critical so our role is of course to advise patients about the various treatment options but some patients will say look I'm taking too many tablets and I want to drop one of these, or they say I notice I bruise a lot when I take this extra blood-thinning tablet so I want to get rid of it and so on and of course that's absolutely critical in the decision making.

Definitely. Okay well thank you so much for your time there, Harry, and thanks for joining us.