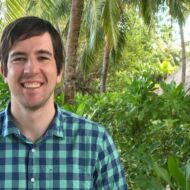 Joanne Cheah interviews Dr Matthew Roberts about treatment for benign prostatic hyperplasia, which depends on the severity of the symptoms. But be aware some drugs only make a wee difference. Read the full article in Australian Prescriber

Hi there. I'm Jo Cheah, your host for this episode of the Australian Prescriber podcast. Joining us today is Dr Matthew Roberts. Matt is A urology registrar and he's also a lecturer at the Faculty of Medicine at the University of Queensland and he's here today to chat with us about benign prostatic hypertrophy. Matt welcome to the program and thanks for taking the time to chat with me today.

Thanks for the introduction, thanks for having me Jo.

So, what are the symptoms of benign prostatic hypertrophy and when would you consider treating them?

It's fairly complicated but it does take quite a lot of time to work out exactly the cause of the symptoms. In general, we break them into storage symptoms and voiding symptoms. Storage symptoms are the frequency, urgency and nocturia that is most commonly associated with overactive bladder but relating to BPH is mostly voiding symptoms which are hesitancy, slow flow, intermittency, straining, post micturition dribble or terminal dribbling, and a feeling of incomplete emptying. Thankfully both of these symptom domains can be quantified with the International Prostate Symptom Score or the IPSS.

And what sorts of things are in that criteria?

The IPSS takes into account most of those symptoms I've just mentioned and has a five-point scale as to how bothered the patient is by them. Lower IPSS is associated with lower bother from their symptoms and higher IPSS means that men are very bothered by their symptoms. It's been internationally validated in many studies and is also shown to correlate with treatment outcomes so it's quite a good tool to use good.

Oh good, so you can use it both before starting treatment and after treatment?

Yeah, that's correct and that's often what they will do in all of the studies that have been done in this field.

So, are there any lifestyle modifications or non-medicinal interventions that could help a patient with their symptoms?

The lifestyle modifications are the first step in terms of trying to improve the symptoms. Most men that we see are most concerned about prostate cancer and so we perform a prostate cancer assessment. Once we're happy that's been excluded then we focus on the symptoms. Observational studies suggest that the significant proportion of symptoms actually don't get worse in about 30% and can actually improve in up to 15% and so the very first question I ask a bloke is is he bothered enough to want to take tablets and most of the time that's not the case. However there are a few things that can be done in terms of their lifestyle and so that relates to avoiding fluids prior to going to bed or going out, reducing their caffeine and alcohol intake, making sure they take their diuretics in the morning and not in the evening, and as well as trying behavioural techniques such as distracting themselves if they need to pass urine or trying to hold on and when they do pass urine they can do what we call double voiding where they attempt to pass urine twice. There are some other contributory factors such as making sure they're not constipated and also avoiding precipitants or other medications such as alpha agonists.

So, what would influence the decision to use drug therapy and you may have already touched on some of those in your answers?

The key feature to determine is whether or not this is uncomplicated or complicated lower urinary tract symptoms. So the key questions to ask these patients is, number one, do they have symptoms that have gotten worse very quickly and if they may have symptoms of a urinary tract infection or if they either have acute urinary retention which they'll definitely know about or chronic urinary retention which is a feeling of abdominal fullness or incomplete emptying and there are other complications such as renal failure, bladder stones and hematuria as well as nocturnal incontinence or nocturnal enuresis which is a red flag for urinary retention. If any of these are present, then that represents a serious progression of their symptoms and requires a detailed assessment and treatment by a urologist, however the vast majority of men have symptomatic, uncomplicated, lower urinary tract symptoms and so the vast majority of these are treated medically to start with. In terms of defining the cause of their symptoms, for the sake of this discussion let's focus on the voiding because storage symptoms and nocturia are huge topics that could have podcasts dedicated to themselves alone. In terms of the voiding, we have two types of factors that we consider. One is dynamic factors. This mostly relates to the smooth muscle that can contract and relax and influence their symptoms that way, and this mostly affects younger men with smaller prostates. And then there are static factors which relate to just the sheer volume of the prostate which can compress the urethra as it passes through the prostate, and this predominantly affects older men with larger prostates Ii general terms. If symptoms are the main issue in general we start with an alpha blocker because the evidence suggests that this improves the symptoms and their flow, however it won't protect against progression to complications, and then if the alpha blocker doesn't work then we would generally instate combination therapy which has been shown to improve symptoms and also reduce the risk of the complications that I measure. Interestingly if their PSA is above 1.4 or 4 depending on the study you read and if their prostate volume is more than 40 mL then the number needed to treat to prevent a complication is 5 and that's the main driver of the PBS approval for dutasteride and tamsulosin as a combination treatment.

Great thanks for that Matt and since we're on the topic of the drugs to prescribe could you just run through all those current drugs outlining how they work and their harms and benefits?

When it comes to prescribing these medications, there are various patient factors that we take into account such as their age and comorbidities and their preferences as well as disease factors as I've just mentioned before. And so, in general terms we have two main classes which are the alpha blockers and the 5-alpha-reductase inhibitors. For the alpha blockers these work on the at the alpha receptors which result in smooth muscle relaxation within the urethra and this allows for a greater flow and less dynamic obstruction. Ideally, we're aiming for the alpha1a receptor and so this is where the uro-selective tamsulosin target this. However non-selective medication such as prazosin can also have some effect in this receptor. In general, the benefits are that they improve symptoms however the harms are that the non-selective medications can have more systemic side effects such as postural hypotension in 1%, fatigue and dizziness and nasal congestion in up to 5%. These effects are reduced in the uro-selective medications. However, these also have more urological side effects such as ejaculatory dysfunction, inter-operative floppy iris syndrome which we'll discuss later. On the flip side the 5-alpha-reductase inhibitors such as dutasteride or finasteride they act to inhibit the action of the 5-alpha-reductase enzyme and this is an enzyme that converts testosterone to dihydrotestosterone. And so, with less DHT there is reduced stimulation of prostatic growth so this drug tends to improve symptoms but at a more gradual rate but it does reduce the risk of progression to complications. This drug can also be used in men who have hematuria from prostatic source or who are not fit for bladder outlet surgery or who are unable to tolerate alpha blockers, and in general these men should be managed by a urologist. These drugs can have quite significant side effects. Specifically, decreased libido and erectile dysfunction are quite common and I've seen some men who are just completely disabled by this and who weren't appropriately counselled beforehand, so this is the number one thing I mentioned when I prescribe this medication. The other risks are ejaculatory dysfunction similar to the alpha blockers which cause retrograde ejaculation, and in some cases they can also get gynecomastia and breast tenderness. Less commonly used are the phosphodiesterase-5 inhibitors such as sildenafil and tadalafil. These can also relax the smooth muscle cells in the urethra, prostate and bladder. The benefits are that it has similar effects to the alpha blocker however if men have concurrent erectile dysfunction then it assists this treatment. The side-effect profile is slightly different with a feeling of headaches, a flushing feeling, very rarely but significantly priapism, and it's also importantly contraindicated in men who are taking nitrate therapy for angina as well as those with poor cardiac function.

So, you mentioned in your article that there is a problem with alpha blockers and patients who are going to have their cataracts removed. Can you explain a bit about what that problem is?

Sure Jo. Now I will preface this that I'm not an ophthalmologist. The theory is that the alpha blocker causes relaxation of the iris dilator muscle and I'm told that this makes cataract surgery much much more challenging and can result in more pain for the patient as well and so if any man is on any of these medications they need to warn their ophthalmologist if they're even contemplating cataract surgery and I know some ophthalmologists who will convert the patients off the tamsulosin/dutasteride combination to a 5-alpha-reductase alone to try and eliminate this risk.

Okay that's great. Matt thanks again and it has been a pleasure having you on the program. That's all the time we have today.

Thanks for having me. It was great to chat.

The views of the host and the guests on the podcast are their own and may not represent Australian Prescriber or NPS MedicineWise. I'm Jo Cheah and thanks for listening.