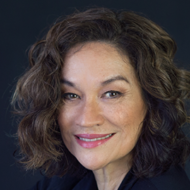 Welcome to the Australian Prescriber Podcast. I'm Dr Ashlea Broomfield, your host for this episode, and it's a pleasure to be speaking to Melissa Kang who is a GP and an academic who specialises in adolescent medicine. Welcome.

Thank you very much Ashlea.

So you've written an article in Australian Prescriber on prescribing for adolescents, which I thought was a really interesting and useful overview, particularly having worked in adolescent medicine. There were a lot of things in there that I was able to consider and reflect on.

Yes, thank you very much, and I do think it's a population that we often don't think really in a lot of detail about when it comes to prescribing.

So in the article you mentioned a few things such as the cost of medication or unwanted side-effects. What have you noticed in your practice how this changes your prescribing in this population?

I work with a very disadvantaged population of young people, mostly homeless young people, who are often un or underemployed or perhaps attempting to go to school but quite disconnected from education, so cost is a really important factor. When I'm making prescribing decisions I will always discuss this with my patients and also look for the least expensive option. Some of the research I've been doing bears out as well that there's the cost of all components of health care including medication, and that young people actually might make decisions about what they're going to... They'll cherry-pick the elements of their health care that they can afford at that particular moment in time and I think that it behoves us as prescribers to actually look into this with patients.

When you consider the cost, and you said something about trying to prescribe them the medication that's going to cost them the least, what resources do you have to help you to identify what those medications are?

Well I would certainly prescribe a generic, for example formulation so a common example would be the combined oral contraceptive pill. Sometimes that's you know clinically the best decision anyway or the most sensible one but it's certainly what I'd look at. Sometimes I'll actually ring up the pharmacist if I'm not quite sure what the cost is going to be, because if it's going to be prohibitive there's actually little point in writing the prescription even if it's the best option clinically. If they can't afford it and they're not going to buy it then we have to look at what else we can do.

I guess another option to consider is ensuring that if somebody is on a health care card or pension card which entitles them to a reduced fee for their medications and they require an increase in quantity, for example fluoxetine might some young people be taking two tablets a day and it comes in a pack of 28 and doesn't come in the 40 mg strength so ensuring that you're able to access an authority prescription for that means that can bring the cost down and assist as well.

No most definitely. So looking at all the sort of systems/ways that we can manage to maximise the medication that they're getting for the cost.

Yeah, and that's interesting in terms of how we approach discussions with a young person. As you say they may choose what's most important to them at that particular time and that might be based on cost so it's very much about you know what's the most important health concern that you have at this stage and what are your ideas and thoughts about what you would like to do and if you're discussing a medication, looking at all the other factors that might indicate whether they're likely to be taking the medication regularly and you outlined a little bit of that in your article, and I liked this concept of social adherence. Could you describe a little bit about that for our listeners?

I think that when we look at what evidence there is around adherence to medication there's not a lot in the adolescent age group that really tells us very clearly what may or may not influence their adherence but what we do know, and I think certainly know this anecdotally from working with young people, is that there are certain social influences that can make them decide to take or not take medications so sometimes it's the inconvenience or to be seen to be having to take medication in front of their peers and certainly something like diabetes and insulin is a really good example of that. Sometimes it's the side effects, what they think the side effects are going to be and how that might be perceived by friends or what they've heard from friends and this is something I see over and over again when it comes to contraception. A lot of making decisions about prescribing is making sure that the young person is really fully informed and really asking about what they've heard about side effects or debunking myths if necessary or giving them other resources to look at and this happens with certainly when I prescribe SSRIs but also contraception. I think when we're talking short-term courses of things like antibiotics it's possibly less of an issue but young people with chronic diseases who need you know daily medication it's really important to explore what that's like for them in the context of their social environment so if they're going to school and needing to take medication during school hours and I think for the young person just feeling understood you know for a doctor to be able to say, look you know I'm aware that this could be an issue for you, do you want to talk about it, I think that makes a huge difference to them feeling like their concerns are really understood.

Yes and definitely discussions around where to keep the medication and how to remind themselves to take it. When you're looking at the social context of a young person they may have people in their lives that they don't want to know that they're taking medication and a lot of young people seek care and have the capacity to understand their treatment but may not necessarily want their immediate family to know that they're taking a medication and that makes a little bit harder for them to put a packet of pills next to their toothbrush for example or if they have it in a car or a school bag whether that's a medication that will have a problem in terms of being overheated or coming into contact with other substances. It's useful to kind of consider the way that a young person might store or remember to take a medication and where they keep it, that can be a really useful discussion to have with them.

That's right and it's certainly something that if a young person comes in to go on contraception for the first time and not wanting her parents to know, and she's competent and able to consent and all of those things, there is still the issue of if she's living at home, living with family what are the barriers there? And one thing that I like to explore is you know what would happen if your parents found out or what would be the worst thing in the world if they were to find out and what is it that makes you anxious about them knowing that you're on contraception? Sometimes even to the point of semi role playing a scenario where their contraception is discovered and often what I find is that, after a little bit of time passes, they have talked to a parent about it or they have told their mother and everything's okay but I think it's really useful to discuss that with them because it might impact on adherence down the track as well.

Yes I agree definitely. I find that one of the really important discussions to have with young people and the other kind of issue that's been coming up lately is the impact of the My Health Record and helping adolescents and young people to become aware of what that means for their own privacy and what might be found you know if they're having an STI screen or being prescribed something that they haven't kind of looked at their controls on the My Health Record what that might mean and as clinicians having that discussion about whether you tick that box or uncheck that box on the request form or the actual script has been one of the other things that's kind of come up for me lately.

Record. That means that that sort of information you know prescribing or STI testing won't automatically be seen by parents once an adolescent turns 14. However you know it's still really important that young people and everybody in fact is really aware of what information is visible to whom you know in My Health Record so it is still worth having a conversation.

This idea that adolescents were once children and that as children they might be on medications that when they go into adolescents need to be reviewed or other factors need to be considered.

Yes and I think we need to be really aware that in the adolescent population we're talking you know well over 25 percent of adolescents potentially have a chronic health condition that they might have had since childhood or even since birth in some cases and a good example would be epilepsy. You then need to think about sexual activity and contraception but also experimenting with drugs and alcohol and whether that can impact on prescription medications, so just being aware that these things are completely normal but they need to be talked about. This age group can feel like they're difficult to talk to, to communicate with and a sense of, particularly when it comes to prescribing, that it's a bit too hard but in fact young people know a lot more than we give them credit for. They absorb knowledge, they're like sponges. It's about guiding them to the most appropriate resources, to checking in with them, you know just to communicating with them and treating them like people who can make up their own mind about things and guiding them.

What you described is being open, authentic, honest and having them be at the centre of their health care and being patient-centered which are good principles for any consultation really and it really does help to kind of open things up.

So that's unfortunately all the time we've got for this episode. Thanks for joining us today Melissa.

It was a pleasure, thank you very much.