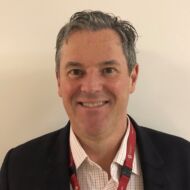 Ashlea Broomfield interviews Harry Gibbs about current management techniques for venous thromboembolism – what anticoagulants should be taken and for how long? Read the full article in Australian Prescriber.

Welcome to the Australian Prescriber Podcast. My name is Dr Ashlea Broomfield, and I'm here with Dr Harry Gibbs, who's a cardiologist, vascular and general physician at the Alfred in Melbourne. Welcome, Harry.

Hi, Ash. Thanks for inviting me to this podcast.

So, today we're going to talk about the new paradigms in venous thromboembolism management. We'll start with the process by which we've already determined that a patient has a clot, a DVT or a PE, and they're safe to be managed in an outpatient setting. How do we figure out what we do before this point? Are there any specific tests we need to do before we start treatment with this particular patient?

So, I guess the first thing, just some simple blood tests. A blood count, some biochemistry, and some coags, is really all that's required. You don't really need to do anything else once you've made the diagnosis.

And so how do we figure out what the best medication is to use in this particular point?

Yep. So, that's important, and that's something that's come pretty clear over the last decade, and that is that the non-vitamin K oral antagonists, or NOACs, sometimes called DOACs, or direct oral anticoagulants, are the first choice in the great majority of patients. And, in particular, the Xa inhibitors rivaroxaban and apixaban allow monotherapy. That means you don't have to use low-molecular-weight heparin, or any parenteral therapy upfront, you simply can use a tablet, starting at the time of diagnosis, and then continuing out for the duration of therapy.

Who can't we use a NOAC on? Who would we be considering to use low-molecular-weight heparin or warfarin instead?

Firstly, in pregnancy, or in women who are breastfeeding. There's no knowledge about whether these drugs are safe, and they should not be used, so we would go with low-molecular-weight heparin in that instance. In the slightly unusual situation of patients who have the antiphospholipid antibody syndrome, it's pretty clear that low-molecular-weight heparin, followed by warfarin, is superior to one of the NOACs. And finally, those who have cancer, active cancer, there's still a little uncertainty about this. It has been a standard of care to use low-molecular-weight heparin in that group of patients, but now there's emerging evidence that the NOACs are probably just as good, and I think it's a pretty reasonable option for the cancer patients.

And so, you were saying that rivaroxaban and apixaban are the two NOACs that can be used for the treatment of venous thromboembolism initially, and these are currently PBS listed, how is the dose different from that when we're treating atrial fibrillation and prevention of stroke?

Yep. So, there's an initial intensification of therapy, with a higher level of anticoagulation, with both of those drugs. So, with rivaroxaban, patients receive 30 mg of rivaroxaban a day, in divided doses, for the first three weeks. And with apixaban, patients receive 20 mg a day, again in divided doses, for the first one week. Thereafter, it drops down to the dose that you're used to using in patients with atrial fibrillation, so the standard doses. So, that would be, rivaroxaban 20 mg once a day, and apixaban 5 mg twice a day. Importantly, there's no dose reduction for moderate renal impairment in this group of patients.

So, the doses I've just described are the doses that are used for the first three months of therapy after the diagnosis. At the end of three months, you need to make a decision. Are you going to keep the patient on anticoagulation indefinitely, or are you going to stop? And if you're going to keep patients on anticoagulation indefinitely, there's pretty good data now that shows that the majority of those patients can have a reduced dose, so a prophylactic dose, as opposed to a therapeutic dose.

And those differences are?

So, now that we've decided what we're going to use, who we can't use these in, once we get to the end of the three-month period, how do we figure out who's likely to need to stay on this medication, and go to the lower prophylactic dose?

The second important predictor is whether the initial episode was a proximal deep vein thrombosis or pulmonary embolism, as opposed to an episode of distal deep vein thrombosis. So, distal DVT are those DVTs that involve veins that are distal to the popliteal vein, so the calf veins. And if you have a clot that's isolated to the distal veins of the calf, then the recurrence rate, again after three months, or even possibly slightly shorter, duration of anticoagulation, is pretty low. And those patients can also stop at the three-month mark. With everyone else, you need to then think carefully about whether they should have ongoing treatment.

Those who have unprovoked venous thromboembolism, so it just comes on out of the blue, have a pretty high rate of recurrence, if they stop anticoagulants, which is in the order of almost 10% per annum. And those patients usually will benefit from ongoing, indefinite anticoagulant therapy. Then we get the more difficult group, and that's those who have had a minor provoking factor, so long-distance travel is the common one we see, or maybe a calf injury, you know, Achilles tendon tear or something. And in that group, they have an intermediate risk of recurrence, should they discontinue anticoagulants. And it comes in at about maybe 6% per annum. So, in those patients, ongoing anticoagulant therapy is very effective at reducing the risk of recurrence. It's actually very safe, but the patients have to take a tablet, potentially for many, many years. And so, it really does come down to patient preference at that point, as to whether they'd like to take a tablet and reduce their risk of recurrence, or not take a tablet and face the risk of recurrence.

Yeah, that's true. So, if you have your second episode of DVT, if you stop anticoagulants, the risk of recurrence after stopping in the subsequent 12 months is 15% or above, so it's a very high rate. And it's reduced by 70 to 80% by ongoing anticoagulant therapy. So it's a highly effective treatment.

Now, if the risk of recurrence is high compared to intermediate, is there a dose difference in terms of the prophylactic dose required?

Yep. So, the dose for ongoing therapy for most patients is half of the usual therapeutic dose. So, for rivaroxaban, that would be 10 mg once a day, and for apixaban, that would be 2.5 mg twice a day. And the danger of this treatment, of course, is bleeding. And if we look at major bleeding, so that's the sort of bleeding that requires hospitalisation or blood transfusion, or is even potentially fatal, that comes in at less than a half a percent per annum with those doses of anticoagulants in this cohort of patients. So it's actually a very low risk. And you compare that to the risk of recurrence, which, as I say, is about 6% per annum in the intermediate group if they're not on anticoagulants, and that's reduced down by about 70%, and you're weighing that against a risk of major bleeding of less than 0.5%. So, to me, I think most of these patients are really going to benefit from long-term, low-intensity anticoagulation.

Yep. So, there are a couple of, I think, important points about this. The first is that sometimes patients do have the need for urgent surgery, or as you say, a car accident. And in that situation, you have to just manage the patient as best you can, probably using some prothrombin complex concentrates, such as Prothrombinex, giving blood products if required. But the important point is, these drugs have got very short half-lives, and wear off pretty quickly, so if you can support a patient for 12 hours after their last dose, then the risk of bleeding becomes pretty acceptable, actually.

The other group are those who have to have something done electively, and we see that far more commonly. So, this could be elective surgery or a colonoscopy, where there's likely to be a need for a biopsy, for example, or dental procedures and so on. And it does depend on the risk of bleeding in whatever procedure’s to be undertaken. But generally speaking, again with the low doses, the half-life is short, the anticoagulant effect is relatively low, so stopping for 48 hours will have absolutely, there will be no residual anticoagulant effect, and it would be safe to undertake any procedure. Stopping for slightly less than that, 24 hours, again is going to have a pretty low risk of bleeding, and quite acceptably low.

The other side of this, however, is that if you've had a patient who has had, say, one episode of unprovoked venous thromboembolism, then if they discontinue anticoagulants for a day or two, their risk of recurrence in that day or two is very low. So, you're far better off giving a bit of leeway, stopping for a couple of days, waiting after the procedure until haemostasis is secure, and then restarting the anticoagulants. And the risk in that situation of recurrent venous thromboembolism will actually be very low, and you really don't want to cause bleeding in that situation.

So, we see this all the time, actually, and it's actually pretty easy to manage. I think the key things are not to use bridging low-molecular-weight heparin in this situation, and not to push the anticoagulants too hard, so stop them a few days before an elective procedure, wait for a few days afterwards until you restart. It's actually important to remember that the oral agents apixaban and rivaroxaban have an anticoagulant effect which occurs very quickly. So, when you take a tablet of rivaroxaban, you're anticoagulated a couple of hours later, and that's extremely important to remember. So, when you're restarting these drugs, it's not like warfarin, which takes three days to get anticoagulated, you're anticoagulated a couple of hours later. So you need to be confident that you've got good haemostasis following a procedure.

Is there any role for aspirin in the management of this at all?

So, aspirin actually does reduce the risk of recurrent venous thromboembolism in patients with unprovoked VTE, but to a much lesser extent than the NOACs. So, aspirin reduces the risk of recurrence by about 30%, a relative risk reduction, whereas the NOACs reduce it by 70 to 80%. So, aspirin, whilst it does have some benefit, has about the same risk of bleeding, and much less efficacy. So it's really not used any longer in this situation.

That's unfortunately all the time that we have left of this episode. Thank you so much, Dr Harry Gibbs, for joining us.