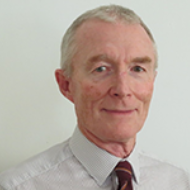 I'm Dhineli Perera, your host for this episode, and it's a pleasure to be speaking to Dr Chris Daly. Chris writes about the current recommendations for antibiotic prophylaxis for patients undergoing dental procedures in the October edition of Australian Prescriber. Chris, welcome to the program.

So Chris can you start by refreshing us on some of the controversies around infection risk and dental procedures?

The main controversies relate to the lack of evidence. Over the years the risk of infection from dental procedures has been assumed to be equated with bacteraemia from an extraction or scaling of the teeth. There's a transient bacteraemia where oral microorganisms will enter into the circulation. It's fairly brief in duration. They're generally removed very quickly but that bacteraemia has been considered to be a cause of potential infection, particularly in infective endocarditis for a prosthetic cardiac valve, or in the case of a prosthetic joint. What we know now though is that all oral hygiene procedures such as tooth brushing, flossing, use of water irrigators, they also produce a transient bacteraemia. The incidence is the same as with dental manipulation. The duration is the same and in fact the magnitude of the bacteraemia is also the same.

So there's actually equal risk with your daily activities as there is to dental procedures?

Yes that's right. Brushing the teeth, flossing the teeth, and there's even some evidence to show that with chewing you'll experience a bacteraemia as well. I think what it does is establish that bacteraemia is just a fact of life and it's happening all the time. So in the past the focus on dental treatment as the only cause of bacteraemia was in fact quite wrong.

So the main two infections were trying to prevent our infective endocarditis and prosthetic joint infections. What type of bacteria are typically involved, and how common are these infections post dental procedures?

Again there's no direct cause-and-effect evidence. We know that in infective endocarditis that the very common dental plaque group of microorganisms known as the Streptococcus viridans group, they can be present in up to 25% of cases of prosthetic valve endocarditis, and may be present in 15–20% of native valve endocarditis. In contrast with prosthetic joint infection, the main infecting organism is Staphylococcus aureus which is not commonly found in dental plaque and it's not a microorganism which we find in bacteraemias related to dental treatment. So the main concern relates with the area of infective endocarditis because there certainly is a role there for the viridans streptococci.

Okay so there have been some major changes over time in international guidelines for endocarditis prophylaxis in patients undergoing dental procedures. Can you tell us a bit about these changes?

Yes. Look initially once the penicillins became available for widespread civilian use in the 1950s, any dental procedure in a patient who was at risk of infective endocarditis required antibiotic prophylaxis, and in those days it involved intravenous infusions and intramuscular injections of penicillin. Because there haven't been any randomised controlled trials over the years, and remember that those trials couldn't have been carried out because the guidelines all stressed the importance of using antibiotic prophylaxis, there was an evolutionary change in the types of antibiotics used and particularly the dosages and the routes. And so the major change occurred in 1982 when the British Society for Antimicrobial Chemotherapy introduced a purely oral regime for antibiotic prophylaxis for dental procedures and that involved a 3 g oral dose of Amoxil one hour before dental procedures in patients who would be at risk of infective endocarditis, to be followed up six hours later by 1.5 g dose, and at the time that was thought to be a very revolutionary change and there were great concerns that we would see a spike in the numbers of cases of infective endocarditis and that didn't happen. Fifteen years later in 1997 the Americans lowered the dosage even further and changed the antibiotic prophylaxis regime to 2 g of Amoxil one hour before dental treatment and abolished the dose six hours later, and again there was great concern that we would see a spike in infective endocarditis, and again this didn't happen. So over the years what's happened is that there have been changes in the antibiotic prophylaxis regimes and then essentially there have been follow-up studies looking as to whether there has been any major change in the incidence of infective endocarditis. Now, essentially, we have two camps. We have the guidelines which we follow in Australia, which are essentially the same as those recommended by the Americans and the Europeans, and that is that we still use 2 g of amoxicillin one hour prior to dental treatment in those patients considered to be at risk of infective endocarditis, but the risk groups have been reduced down to those who are considered to have the highest incidence or chance of an adverse effect such as high morbidity or death following any potential infection. In the UK on the other hand in 2008, the UK abolished antibiotic prophylaxis for any dental procedures and also for genitourinary and respiratory and gastrointestinal procedures as well. So they really moved the goalpost, not just to the end of the field but actually off the field. If you have a prosthetic cardiac valve and you're having some teeth extracted in London, the recommendations are that you do not need antibiotic prophylaxis, but if you cross the English Channel over into France, the European guidelines will say that you definitely do, and certainly if you cross the Atlantic or cross the Pacific, everyone else will say that you do require cover.

There is still controversy around this by the sounds of things and it's probably going to evolve again over time and change some more I imagine.

It will. It's a shame that as yet in the United Kingdom there have not been any case-controlled studies published or especially any randomised placebo-controlled trials which would go a long way towards answering the question as to the beneficial effect of antibiotic prophylaxis for very invasive procedures like dental extractions in high-risk patients such as those with prosthetic heart valves, or who’ve had a previous episode of infective endocarditis.

Chris, just to be clear, I think you touched on what the prophylaxis recommendation was currently in Australia. Can you refresh us again on that?

In Australia the guidelines, as those published in Therapeutic Guidelines: Antibiotic, they are for amoxicillin 2 g. This is for an adult one hour before the procedure. And for those who have an immediate hypersensitivity to penicillins, the recommendation is for 600 mg of clindamycin, and these are the oral doses, again taken one hour prior to dental treatment.

And so there is no follow-on antibiotics required post procedure?

That's correct. There have been no obvious problems associated by not giving that follow-up dose.

What should the prescribing dentist do if an orthopaedic surgeon, for example, insists that a healthy patient with a healthy prosthetic joint must receive antibiotic prophylaxis for dental treatment?

It’s a sticky position to be in but I think you're correct. And so finally, Chris, where should health professionals look to find information about the specific risk factors and dental treatments where antibiotic prophylaxis is recommended?

I guess the Bible is Therapeutic Guidelines. All of the recommendations are present there.

Fantastic. Well, that’s all we’ve got time for, Chris, today. Thank you so much for joining us.