Clinical trials: why are they important?

Clinical trials are a critical part of evidence-based medicine, as they help test out how new medical treatments, tests or vaccines will work. They often involve large numbers of people to make sure the new intervention is safe and effective. 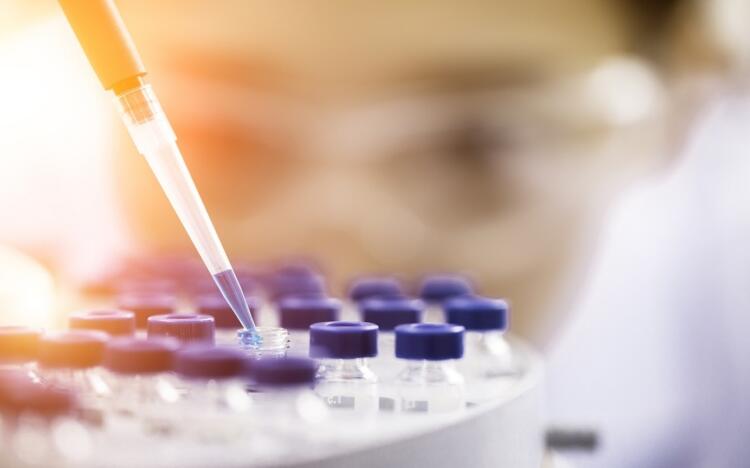 How medicines are approved for use in Australia

All medicines sold in Australia that claim to provide a health benefit have to undergo approval and regulation processes. These ...

It’s important to remember that most medicines have two different names – an active ingredient and a brand name. There may also be...

Clinical trials: why are they important?

Clinical trials are a critical part of evidence-based medicine, as they help test out how new medical treatments, tests or vaccines will work. They often involve large numbers of people to make sure the new intervention is safe and effective.

What is evidence-based medicine?

Evidence-based medicine is an approach that helps health professionals provide each patient with the most appropriate care for their health at the time they need it.

Scientists and doctors are constantly researching how to improve healthcare. However, not all scientific research is reliable. Some research, and the evidence it provides, is better than other research.

Learning how to identify well planned and well conducted research is important. This type of research is likely to provide more reliable evidence.

Some of the most reliable research and strongest evidence about the effects of medicines comes from clinical trials. These are research studies conducted to find out how well medicines work in humans.

Read on to find out about why clinical trials are important and what they can tell us.

Why are clinical trials important?

Clinical trials are essential when developing new medical treatments, devices (like pacemakers) or tests that can be used to detect or diagnose a medical condition.

Clinical trials are important for a range of reasons.

A few examples of interventions that clinical trials can be used to test include:

How do clinical trials work?

Clinical trials research happens in many places. This includes hospitals, medical institutes, universities, and research centres. They may be funded by private organisations, universities, government agencies or pharmaceutical companies.

The results from preclinical studies should show whether the treatment is likely to be safe for testing in humans. While these findings are helpful, they are not a substitute for testing in the human body.

Clinical trials measure how a treatment will work by testing it on many people. This is to make sure that any effects observed are related to the treatment and not just random.

In most (but not all) clinical trials, the new treatment is compared to something else, called a ‘control’. The people in the control group might be given a placebo (a substance, test or procedure that looks the same as the new treatment but has no effect), or a treatment that is already being used for the same condition.

The aim of a clinical trial is to compare what happens to all the people in the different trial groups. The results need to be different enough between the groups to prove that the difference didn’t happen by chance.

The most reliable way to show any differences is to include similar types of people in each clinical trial group. For example, if people in one group start the trial already much sicker than those in another, the effect of the new medicine may seem better or worse than it really is.

The best way to make all the trial groups similar is to randomly put people into the groups. Studies set up in this way are called randomised clinical trials. They are generally considered to produce stronger evidence than non-randomised trials.

An early example of randomisation

In 1905, the Kuala Lumpur mental health hospital had an outbreak of a disease called beriberi. Beriberi occurs when the body doesn’t have enough vitamin B1 (thiamine). This can cause symptoms such as pain in the arms and legs, trouble walking, feeling short of breath and swollen legs.

One of the doctors at the hospital observed that communities who ate mostly white rice as a staple in their diet seemed to be more prone to beriberi.

Of the 120 patients who ate white rice, 34 developed beriberi and 18 died. Of the 123 patients who ate brown rice, there were 2 cases of beriberi (but they had it before the trial started). There were no deaths from beriberi in this group.

Fletcher W. Rice and beri-beri: Preliminary report on an experiment conducted at the Kuala Lumpur lunatic asylum. The Lancet 1907;169:1776-9.

What about the ‘placebo effect'?

A placebo is a substance, test or procedure that looks real but is actually fake.

There is some evidence that people who receive a placebo, believing it to be a medicine, may experience a change in their symptoms. You also might feel better if a doctor reassures you that you will. This is the placebo effect.

In a clinical trial, the placebo looks the same as the new medicine being studied, so you don’t know which one you are taking. This is called ‘single-blinded’.

If a clinical trial is ‘double-blinded’, that means the health professionals involved also do not know whether you are taking the placebo or the treatment. If necessary in an emergency, your doctor can find out this information.

Blinding can help to reduce the effect of bias, when looking at the outcomes of the study. If the researchers or the people in the trial know who is receiving the new treatment, this might influence what they report. For example, if someone knows they are receiving the new treatment, they may be very hopeful or not want to let the researcher down. They might exaggerate the benefits or minimise the side effects.

Blinding is an important aspect of clinical trials which helps produce reliable research and strong evidence about a new treatment.

A medicine’s journey from the lab to you

Approval by the Therapeutic Goods Administration (TGA)
Medicines are approved for sale in Australia by the TGA if:

Pharmaceutical Benefits Scheme subsidy
Medicines are approved for subsidy on the PBS by the Australian Government if the medicine is as good as, or better than, other medicines with the same effect (benefit to health) at an acceptable price

What are the risks for participants in a clinical trial?

If you take part in a clinical trial, the new treatment might not work for you, or may not be as effective as the current available treatments.

There may also be additional treatments, tests, hospital visits or medication requirements from taking part in a trial.

The doctors or nurses carefully record any side effects or problems, which are passed onto the head researcher to make sure everyone in the trial is kept as safe as possible.

Trials have a Data Safety Monitoring Board (DSMB) whose members help review and monitor the progress of a clinical trial. They can also make recommendations to continue, modify or stop a clinical trial for safety or ethical reasons.

What happens when a clinical trial finishes?

When a clinical trial has ended, the researchers look at all the information they have collected. If the results are positive, the new treatment may progress to the next trial phase, or undergo an approval process so it can become available for general use.

Read more about the approval process.

Large trials that involve thousands of people can take many years to complete. Reviewing and understanding the results can also take some time.

If a new treatment is shown to be safe and effective, it may become part of the standard treatment for a medical condition.

Being part of a clinical trial

New treatments that help people live healthier lives are possible because of the willingness of people to participate in trials. You may have the opportunity to participate in a clinical trial and help to contribute to the advancement of scientific knowledge.

Nearly anyone can be part of a clinical trial, even if you are healthy. Trials involve people of all ages and health conditions, but some trials may have specific types of people they want to include or exclude (called ‘inclusion’ and ‘exclusion’ criteria) based on what they are looking at in the trial.

If you have a medical condition, participating in a trial may help scientists gain a better understanding of the condition and/or how to treat it. In some cases, clinical trials can allow early access to new treatments before they are widely available.

Taking part in a trial is completely voluntary and you can withdraw at any time.

Questions to ask your doctor

You might come across information in the media or on the internet about new treatments. This information may or may not have scientific research to support it. You can ask your doctor:

Where can I go for more information?

You can find more information about clinical trials at: