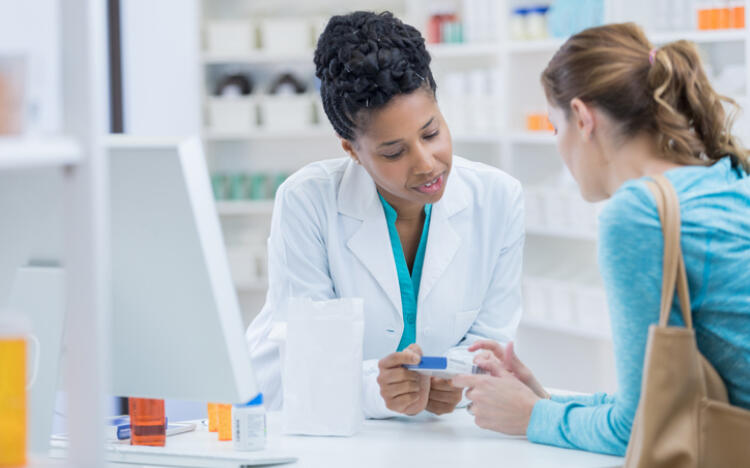 Consumer medicine information (CMI) is designed to inform you about prescription and pharmacist-only medicines. The CMI gives you ...

Buying medicines over the internet

How safe is online shopping for medicines? Find out more.

Find the active ingredient in your medicine

Most medicines have two names:

Ask your doctor or pharmacist if you are ever unsure about what the active ingredient is or where to find it.

If you know the active ingredient, you can:

Always check the active ingredient when you leave hospital with medicines, to reduce the risk of accidental overdose or interactions with your other medicines.

Learn about your medicine from the CMI

Consumer medicine information is designed to inform consumers about prescription and pharmacist-only medicines. The CMI gives you important facts to know before, during and after taking your medicine.

You can find it by:

To ensure you have the right CMI, check that the brand name on the CMI (usually the largest text) exactly matches the brand of your medicine.

Read the CMI to ensure you get the best and safest use of the medicine, or to learn more about a medicine you’re already taking. For example, you can find out about its side effects and interactions. Take it with you to your doctor or pharmacist to discuss any questions about the medicine.

Always read the CMI before starting a new medicine. All CMIs follow the same format, so it’s easy to find the information you need. Keep it handy so you can refer to it later – you may also want to refer to it while using the medicine, to check if another medicine interacts with it, or learn what to do if you miss a dose.

Don’t use it to try and diagnose, treat, cure or prevent illness yourself.

How to read a CMI

A CMI is written by the pharmaceutical company that makes the medicine. The company has to follow government guidelines to ensure the information is accurate, unbiased and easy to understand. All CMIs have to follow the same format.

Absolute risk reduction (ARR) is a way of measuring the size of a difference between two treatments. It simply tells you how much better or worse one treatment is at reducing a particular outcome in terms of the actual numbers (or rates) of people who experience the outcome compared with another treatment.

The ARR is also called the ‘absolute risk difference’.

An example of absolute risk reduction

An example of relative risk reduction

Notice that a 50% difference sounds more impressive than a 2% difference, but both these numbers describe the same difference in effect, just in a different way. Whether it is a meaningful difference or not depends on other factors, such as the consequences of the event, the cost of the medicine and any unwanted effects.

Knowing the real difference makes a difference. Using a non-scientific example, suppose the price of a handbag is reduced by 50%. That sounds like a big saving. However, suppose the original price was $20,000 and it is now $10,000. In real terms, the cost is still more than most people would pay for a handbag.

The health professionals who care for you are a reliable source of health information, but you may not always be able to talk to them. This means you need to play an active role in your health by knowing where to find information about health conditions, medicines, tests and treatments.

If you are not sure whether the information you have found is right for you, speak to a health professional.

Tell your health professional about all the medicines you take to avoid risky interactions and remember that medicines don’t just come on prescription — they include over-the-counter and complementary medicines such as vitamins and other supplements that you may be taking.

If you are having, or think you might have, trouble remembering to take your medicines, speak with your health professional. There are many tools and resources that might be useful, including packaging and reminder systems.

For more information on prescription, over-the-counter and complementary medicines (herbal, ‘natural’, vitamins and minerals) from a health professional, call NPS Medicines Line on 1300 MEDICINE (1300 633 424) for the cost of a local call (calls from mobiles may cost more). Hours of operation are Monday–Friday 9am–5pm AEST (excluding public holidays).

If you or a loved one become ill, are prescribed a medicine or are referred for a medical test, it is natural to want to know more about the condition or treatment.

We can all find information about medicine from many sources including the internet, the media, even family and friends. But, being medicinewise means being informed and using trustworthy sources of information. Seek out reliable, evidence-based sources.

Here are five questions to help you decide if the medical or health information you find on the internet is what you need: accurate, unbiased and up to date.

1. Who is providing the information?

Is it clear who is providing the information? Who funds the website? If it is not clear, beware. If the website is run by a government authority, an independent body, a professional organisation or a support body, the information is more likely to be reliable and of good quality.

Check to see if the website, and the organisation linked with it, is Australian. If not, some of the information provided might not be relevant to you.

2. Is the information biased?

Websites exist for a purpose – for example, to provide information, to sell a product or to tell the world about the theories of their contributors. Knowing the purpose of a website helps you judge the information it provides. Sites that provide information, without selling a product, will probably give you more balanced advice.

3. Does it promise too much?

4. Is the information up to date?

Look for dates on web pages. This is more important for some information than for others. General information about an illness and its causes may not change much in two or three years, but information about its treatment may well change within that time. Links are another clue: a lot of broken links suggest a website is out of date.

5. Are the links of good quality?

Most websites link to other sites. Have a look at some of these links. If a website you’re interested in links to sites you assess to be good quality, then it reflects well. If its links are to websites that don’t meet your quality standards, then this reflects poorly.

Many professional organisations and support groups provide good information on their websites about specific illnesses. You can find many of these by following the links on the A to Z list of health topics on the healthdirect website. healthdirect is a government-funded organisation that only links to websites that meet its quality standards.