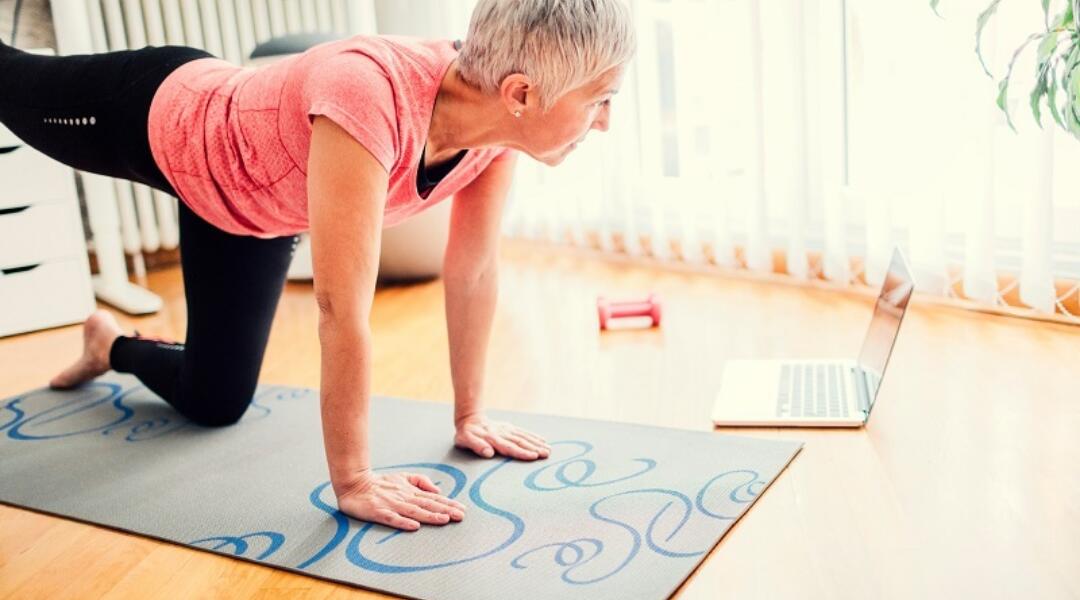 Most people will experience low back pain at some point in their lives. While this will usually be a short-term condition that passes without complication, some patients can develop chronic pain. People with chronic non-specific low back pain are encouraged to exercise. But should gaming-based exercise (‘exergaming’) be considered exercise for chronic low back pain?

Around 80% of people will experience low back pain at some point in their lives.1,2

Less than 1% of people with acute low back pain will have a specific spinal pathology and only 5% to 10% will have a radicular syndrome (such as sciatica).3

If alerting clinical features raise suspicion, then health professionals should rule out serious pathologies such as a spinal infection, fracture or cancer.2

Fortunately, around 90% of people will experience non-specific pain without a specific pathoanatomical cause which resolves in 4–6 weeks, without complication and with minimal intervention .2,4-6

Unfortunately, even when there is no serious pathology, some patients with acute non-specific low back pain can experience a subsequent episode or develop chronic pain (lasting more than 12 weeks).2

An integrated biopsychosocial approach is recommended for the management of chronic non-specific low back pain – exercise is particularly beneficial and should be encouraged.2

But what about ‘exergaming’?

Macquarie Dictionary defines ‘gaming’ as ‘the activity of playing computer or video games’.

‘Exergame’ is defined as ‘a video game that requires the gamer to undertake physical exercise, such as one in which the player engages in an interactive virtual bicycle race on screen by pedalling on a bicycle simulator which drives the visualisation’.

Exergaming for low back pain: GAMEBACK

Home-based gaming exercises can reduce chronic low back pain in older people, according to results of the ‘GAMEBACK’ trial.7

However, improvements in pain scores were only significant at some timepoints and not clinically important.7

What was the GAMEBACK trial?

The GAMEBACK trial was led by researchers from the University of Sydney and Westmead Public Hospital. Study results were published in Physical Therapy in September 2018.

In this trial, 60 adults (51.7% female, mean age 67.8 years) were randomised 1:1 to either home-based exercises using a Nintendo Wii U console with the Wii Fit U software (treatment) or continuation of usual activities (control) for 8 weeks.

Participants were included if they had non-specific low back pain for at least 3 months. Those with a serious spinal pathology were excluded.

They also received fortnightly phone calls from a physical therapist (the control group did not).

Primary outcomes were pain self-efficacy – the ability to continue daily activities despite pain – and care-seeking at 3 and 6 months from baseline.

The study authors compared these improvements with cut-offs previously determined to be a ‘minimal clinically important difference’ in people with chronic musculoskeletal or low back pain.8,9

However, the improvements in pain self-efficacy questionnaire, numeric rating scale and patient-specific functional scale scores did not reach the minimal clinically important differences (of 11, 2 and 2, respectively).

In addition, Wii Fit exercises had no effect on pain self-efficacy at 8 weeks or 3 months, or care-seeking behaviour at 8 weeks, 3 months or 6 months.

There was also no significant effect on engagement in physical activity, disability, fear of movement or re-injury, or concern about falling during daily activities.

Although some participants reported temporary soreness during or after Wii Fit exercises, no injury, fall or other adverse events related to the exercise program were reported.

Adherence based on total exercise time and total number of sessions over the study period (irrespective of duration) was high, at 70.8% and 85.1% of that recommended, respectively.

The details are provided in Table 1.

Table 1: Adherence to exergaming in the GAMEBACK trial

Exergaming for low back pain: other small studies

A small number of studies have shown that gaming-based exercise can improve pain, disability, function, strength, flexibility, aerobic capacity and wellbeing in people with low back pain.10-16

However, results of the studies are limited by the small number of included participants and investigation of short-term exercise programs or short-term effects.

In addition, the studies investigated different ‘exergaming’ methods and did not always investigate gaming as the sole exercise intervention.

You can read a short summary of these studies below.

Control exercises consisted of 30 minutes each of trunk stabilisation and conventional physical therapy.

Findings: There were significant improvements in pain (p < 0.05), disability (p < 0.05) and fear avoidance (p < 0.01) scores with Wii Fit yoga versus physical therapy exercises, although improvements were seen in both groups.10

Intervention: An 8-week exercise program consisting of strength exercises and core training alone or in addition to exercises using Nintendo Wii Fit Plus.

Program: Exercise sessions lasted 90 minutes each and were performed three-times per week.

Findings: Pain scores significantly improved in both groups (p = 0.0001) but balance did not improve in either group.

Capacity to sit improved only in women who exercised using Nintendo Wii Fit in addition to undertaking strength and core training (p = 0.04), although the effect size was small.11

Intervention: A 6-week multicomponent activity program. There was no control group and the study did not investigate exercise as the sole intervention.

Program: Participants could self-select exercise activities at Week 5, with exergaming included as one of the potential activities.

Participants: 20 participants (eight female) with non-specific low back pain lasting longer than 4 weeks. They were described as having at least moderate disability (Oswestry disability index > 8%) .

Intervention: Nine sessions of home-based conventional physiotherapy exercise or exercise with real-time augmented feedback on performance using a system consisting of a laptop and two sensors attached to the spine (ValedoMotion). Games were controlled by lower back movements.

Program: The home-based exercise program consisted of 3–5 exercises that required 10–20 minutes to complete each day.

In addition, both exercise groups had similar improvements in self-perceived disability or lumbar movement control.

Is gaming recommended for low back pain management?

Currently , there is no recommendation on the use of exergaming for low back pain in key guidelines.2,17-19

In addition, as discussed above, there is currently limited evidence to form a recommendation.

However, exercise is recommended as part of a biopsychological approach that also includes patient education and reassurance, and the identification and management of psychological factors.2

Therapeutic Guidelines for low back pain explain that, owing to the range of potentially appropriate exercise modes and dosages, it is difficult to conclude which exercise program is best.2

However, the exercise programs may include stretching, strengthening and aerobic exercises.2

Exercise should be graded according to a patient’s preferences, level of fitness and function to find the balance between underdoing and overdoing exercise.2,20

So, until further evidence emerges, if exergaming encourages a patient to exercise and aligns with the above recommendations, then exergaming could probably be considered an exercise option to help manage low back pain.

Consider the following practice points from the Therapeutic Guidelines when recommending exercise – of any type – for your patients with non-specific low back pain.2