PrEP on the PBS: An opportunity in HIV prevention

TDF-FTC (brand name Truvada) became available on the PBS for HIV pre-exposure prophylaxis (PrEP) on 1 April 2018. Find out what the new listing means for GPs. 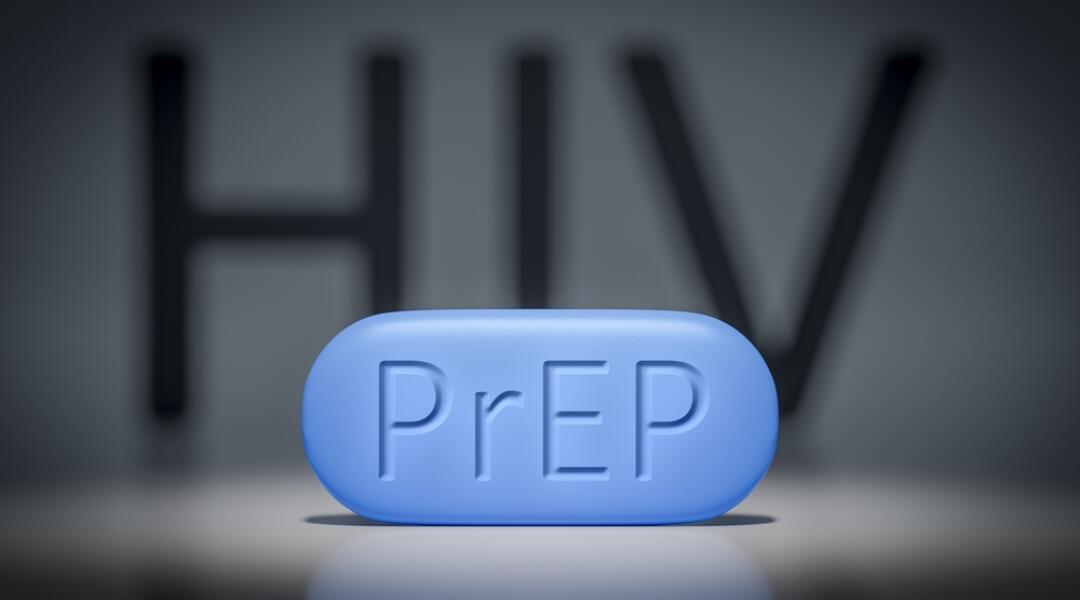 On 1 April 2018 TDF-FTC (brand name Truvada) became available on the PBS for HIV pre-exposure prophylaxis (PrEP). Previously only available in clinical trials or privately, PrEP can now be prescribed through the PBS by any GP.

The wider availability of this very effective prophylaxis has the potential to reduce HIV infection rates in Australia. This article examines what this new listing means for general practice, including when to consider PrEP, and what to take into account when prescribing.

MSM – men who have sex with men

PrEP: New to the PBS

PrEP is the regular use of HIV medicines by people who are HIV-negative, but who are at substantial risk of contracting HIV, to prevent HIV infection. PrEP may be new on the PBS, but internationally it has a longer history. There have been extensive trials demonstrating its effectiveness in preventing HIV infection, and it has been in use for more than 5 years in the USA.1 Currently around 14,000 Australians at high risk of contracting HIV are receiving subsidised access to PrEP through trials conducted in most states, and others are accessing PrEP privately through personal importation.2

For Australians unable or ineligible to enrol in a study, PrEP has also been available on prescription, although the cost, around $1000 per month,3 has been prohibitive to many.

TDF-FTC (a nucleotide reverse transcriptase inhibitor [TDF] and nucleoside reverse transcriptase inhibitor [FTC]) has been available on the PBS as part of combination antiretroviral treatment for HIV.4 The new PBS listing improves accessibility of TDF-FTC for PrEP, by reducing the cost to the usual PBS copayment – $39.50 per month for general patients and $6.40 per month for concession card holders.5

Several recent large trials have convincingly demonstrated the effectiveness of PrEP in reducing HIV transmission in MSM. These include the large iPrEx6 and UK PROUD studies.7

The iPrEx study was a randomised, placebo controlled study (n = 2499) of HIV-seronegative men and transgender women who have sex with men. Participants received either TDF-FTC or a placebo pill once daily. The study found a 44% (95% CI 15 to 63, p = 0.005) reduction in risk of HIV infection in participants in the PrEP arm compared with the placebo arm. Although self-reported pill use was high, medicine exposure was measured objectively and showed that medicine adherence was substantially lower than indicated.

In the TDF-FTC arm, participants with a detectable study-medicine level had a relative reduction in risk of HIV infection of 92% (95% CI 40 to 99, p < 0.001) compared with those without a detectable study-medicine level.6 Post-hoc pharmacokinetic modelling analysis revealed that the relative risk reduction was 76% for 2 doses per week, and as high as 99% in participants with full adherence (7 doses per week).8

Participants in the study were counselled on the trial design involving a placebo and were aware that their pill might have no benefit. This may have contributed to the lower than expected pill use.

The UK PROUD study was an open-label randomised trial (n = 544) conducted in 13 sexual health clinics in England. Being open-label, it may give a better indication of the effect of PrEP in a real-world setting.6,7

Participants were randomly assigned to receive daily TDF-FTC immediately, or after a deferral period of one year. Three cases of HIV infection occurred in the group receiving PrEP compared with 20 cases in the deferred group (a relative reduction of 86% [90% CI 64 to 96, p = 0.0001]). The study authors concluded that these findings demonstrate the effectiveness of PrEP is not compromised in a real-world setting.7

Other studies have also demonstrated a reduced HIV infection risk using PrEP, compared with a placebo, in heterosexual and intravenous drug user populations.9-11 As in the iPrEx study, adherence to the PrEP medicines (as measured using blood plasma samples) was found to be important in reducing HIV infection.

Although the long-term safety of TDF-FTC is not known, TDF is known to be associated with renal adverse events and loss of bone density.14

TDF-FTC is not 100% effective in HIV prevention, particularly if medicine adherence is low. Furthermore, there are concerns that PrEP may lead to a deprioritising of other safe-sex precautions, increasing the risk of HIV infections as well as other STI infections for which PrEP offers no protection.14 The RCTs and observational studies on PrEP have shown some evidence of changes in risk behaviour (less condom use) and an increased incidence of STIs.12

Low adherence to PrEP could lead to an increased level of resistance to TDF-FDC, which forms the backbone of many antiretroviral HIV treatment regimens. Careful monitoring will be necessary to detect emerging new resistances.14

Unlike prescribing to treat HIV, GPs do not need special certification to prescribe PrEP. However, with TDF-FTC now receiving PBS subsidy for PrEP, GPs are encouraged to take the e-learning course on prescribing PrEP for people at high risk of contracting HIV.

More information on PrEP can be found on the ASHM website and in ASHM’s decision-making tool for PrEP.

PrEP is PBS-subsidised for people at medium to high risk of contracting HIV.18 Guidelines to assess risk have been developed for MSM, injecting drug users, heterosexual people and gender-diverse people.15

In general, if a patient states that they may be at risk of contracting HIV, consider prescribing PrEP. Note that a patient may be at risk, but be unprepared or unable to explain this perceived risk.15

Discuss PrEP with your patient

GPs are well placed to determine which patients are at moderate to high risk of HIV infection and are thus eligible for PBS-subsidised PrEP. Practical tips for taking a sexual history include:16

Further tips for taking a sexual history can be found in the Australian STI management guidelines.19

Initiation on PrEP and follow-up: the key points

To ensure the HIV-negative status of a patient before initiation of PrEP, a fourth-generation HIV antigen/antibody combination ELISA test is required. The test will usually show results within a few weeks after exposure, and after 6 weeks, the test should detect approaching 100% of infections.16

PrEP is not appropriate, and prompt initiation of PEP should be considered to reduce the risk of new HIV infection.15 Refer immediately to a PEP service if possible (found in tertiary hospitals, most regional hospitals and sexual health clinics). Referral is preferred as the PEP prescribed may differ depending on the risk of the exposure. If speedy referral is not possible, telephoning the PEP service for advice is recommended.

If the patient has had recent high-risk exposure

HIV test results may not be 100% reliable. Initiation on PrEP is recommended, with close HIV test monitoring for the next 2–8 weeks before reverting to standard PrEP monitoring.15

Review the patient every 3 months. Review sexual practices and adherence to PrEP to reassess continuation of PrEP. Test kidney function and test for HIV and STIs.15

PrEP is the first biomedical prevention strategy that enables gay and bisexual men (including trans men) and trans women to effectively take charge of their own HIV risk.

With good adherence, PrEP is highly effective, and typical use of PrEP is more effective than typical use of condoms. This is not surprising when you consider that a PrEP pill can be taken in the morning with breakfast, at a time when people are usually clear-headed, whereas the effectiveness of condoms relies on a person using a condom during sex, a time when they may be intoxicated or otherwise excited, or just do not happen to have a condom at hand. In some cases, a person may be in a situation where they cannot exercise their right to use a condom.

Concerns have been raised that PrEP use will result in a reduction in condom use and an increase in STIs. Some risk compensation is likely to occur, but it’s important that we keep our eyes on the prize: San Francisco has seen a 50% drop in new HIV infections since PrEP was approved by the US Food and Drug Administration in 2012, and we now have the opportunity to achieve similar reductions in Australia.

PrEP also provides an incentive for patients to return for 3-monthly STI screens, as recommended by the Australian STI guidelines, which should help efforts to control STIs. At the same time, regular PrEP appointments provide an opportunity to screen for mental health difficulties and problems from the use of alcohol and drugs, and these problems disproportionately affect the same groups of people who may benefit from PrEP.

Another concern is that increased use of PrEP may result in more people acquiring antiretroviral-resistant strains of HIV, which would limit their HIV treatment options. This has been observed in PrEP trials, but mainly when people started PrEP when they were already HIV-positive. This highlights the importance of ensuring that people are HIV-negative when they start PrEP, and that they have 3-monthly HIV tests during PrEP use, to minimise their exposure to PrEP if they do acquire HIV.

Prescribers should also keep in mind that those without a Medicare card (eg, overseas students) can be assisted to access PrEP under the TGA’s personal importation scheme.