Ultrasound is routinely used to monitor the health and development of unborn babies. Find out about how it is used, and whether it is safe for you and the baby. 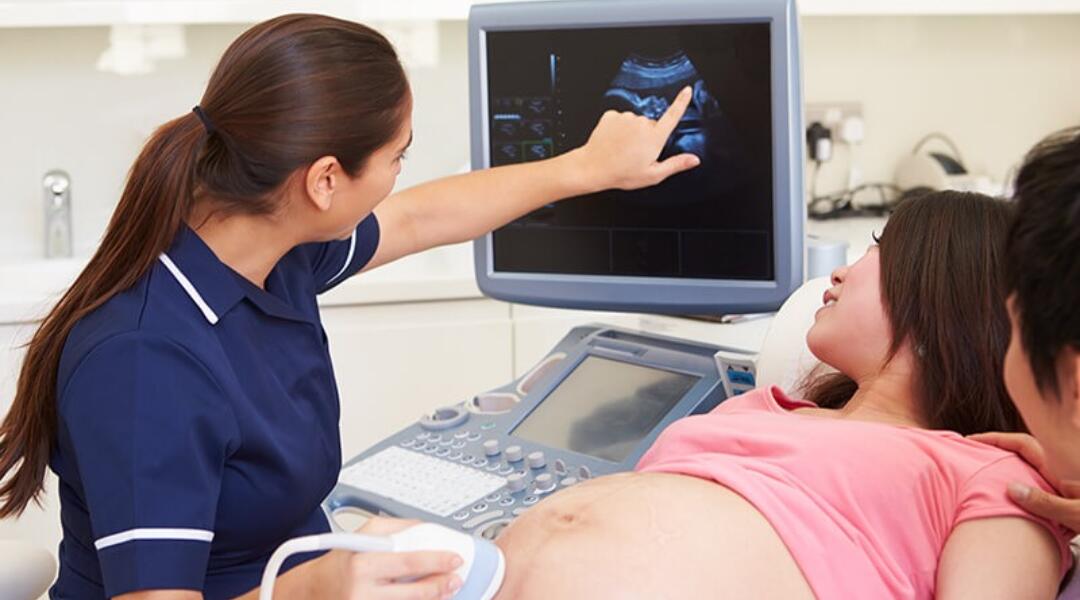 Health professionals routinely use ultrasound for pregnant women to monitor the health and development of their unborn baby.

As with all medical imaging — an ultrasound should only be performed following consultation with a health professional. Read more about ultrasound during pregnancy and how you can make the right choices for you and your unborn baby.

How safe is ultrasound during pregnancy?

Ultrasound is generally regarded as very safe and can be done at any time during pregnancy. In fact, ultrasound is the first-choice imaging method for pregnant women and their unborn babies. This is because it does not expose you to ionising radiation like some other forms of imaging (e.g. X-rays, CT scans). Instead, ultrasound uses high-frequency sound waves to show images inside the body, usually as 2- or 3-dimensional (3D) pictures.

When is ultrasound offered to pregnant women?

Most women will be advised to have at least two ultrasound scans during their pregnancy — the first and second trimester scans.

A first-trimester scan (usually between week 11 and week 14, also called a nuchal translucency test) confirms how many weeks pregnant the woman is and, therefore, the due date of the baby.

Along with a blood test, the first-trimester scan can be used as a screening test for Down syndrome, but it is not a conclusive test for this chromosome disorder.

A second-trimester scan (usually between weeks 18 and 20) checks for structural abnormalities, particularly in the baby's head or spine. The sex of the baby can also be determined at this time, if the parents want to know.

Third-trimester scans are sometimes recommended to women who have previously given birth to a baby with a low birth weight, who are carrying twins, or who have other medical complications.

Questions to ask your health professional about ultrasound

It’s important to be well informed before having any imaging or other investigation. Here are some questions you may wish to ask your doctor or other health professional before having an ultrasound.

Can I have an ultrasound as a memento of my pregnancy?

Increasingly, pregnant women are having an ultrasound to take home a printed image of their baby in the womb. These scans are not done for medical purposes and are not covered by Medicare, but they may provide a joyful milestone or memento of your pregnancy.

Unfortunately, the increased availability of ultrasound technology and a growing market for ultrasound mementos has led to the emergence of some businesses that perform pregnancy imaging without review or reporting by an appropriately qualified sonographer (or doctor with diagnostic ultrasound certification).

Four-dimensional (4D) ultrasounds (sometimes called a live 3D ultrasound) have become particularly popular as they can provide a view of your baby in ‘live action’ like a movie. However, as with any printed images provided to parents as a keepsake of pregnancy, you should discuss the 4D ultrasound process with your obstetrician or GP before proceeding with the scan.

Ultrasound is highly dependent on the skill of the operator

Performing and interpreting ultrasound scans accurately is a highly technical and complex process that requires significant training and experience. A 'sonographer' is an ultrasound technologist who is trained and accredited to do this. Some medical specialists (e.g. an obstetrician) may also have undergone appropriate training and be certified to perform an ultrasound.

Having any ultrasound done outside a reputable medical imaging practice, or by an untrained and unqualified person, is not recommended. A scan performed incorrectly could lead to a poor quality image and incorrect diagnosis. Having a 4D ultrasound that is not performed as a part of the usual pregnancy imaging routine is not an adequate substitute for the proper examinations and screening ultrasounds you need to have during pregnancy.

In order to perform pregnancy ultrasounds, your obstetrician must be specially trained and hold a Certificate of Obstetric and Gynaecological Ultrasound (COGU). When this isn’t the case, your doctor will refer you to a sonographer at a medical imaging practice who will perform your ultrasound. If you have a preference for a different medical imaging practice, ask your doctor for advice to ensure it is reputable.

The person should also be able to answer basic questions about the ultrasound, such as what the image will show and if there are any risks involved in the procedure.