Paracetamol/ibuprofen combinations may be an alternative to codeine-based analgesics for short-term management of pain. Find out more. 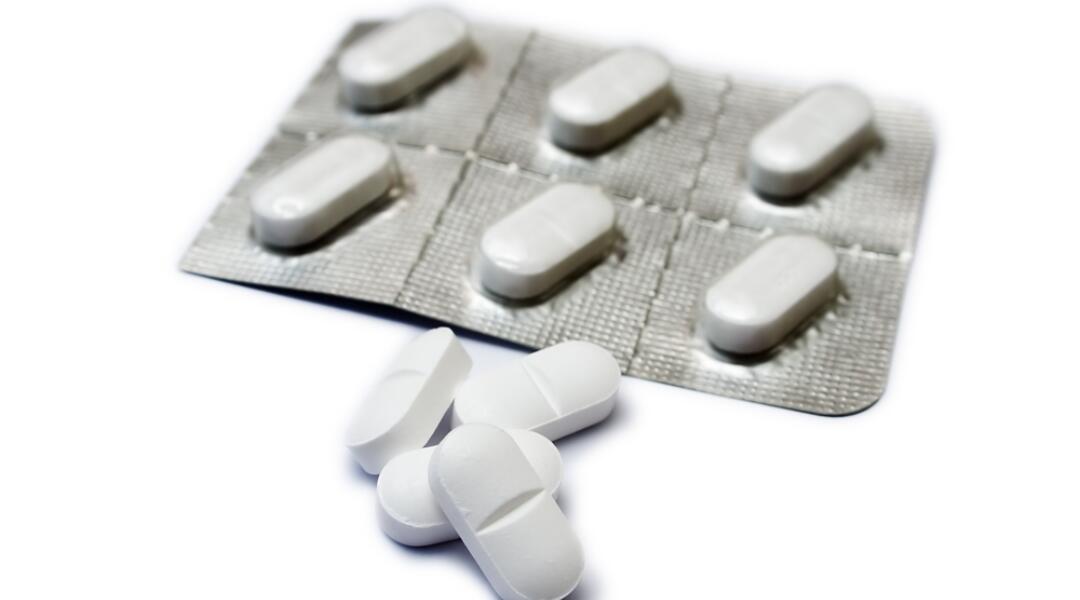 With an implementation date of 1 February 2018 set for all codeine-based analgesics to become prescription-only, patients may seek advice on alternative oral OTC medicines for managing acute pain.

The evidence suggests that paracetamol/ibuprofen combinations available as a single pill can be offered as an alternative to codeine-based analgesics for short-term management of pain in patients able to take NSAIDs and for whom paracetamol alone is not sufficient.

On 20 December 2016, after a long period of public consultation, the Therapeutic Goods Administration announced its final decision on the rescheduling of codeine-containing products.

From February 2018, all analgesics and cough and cold medicines containing low-dose codeine and currently Schedule 2 (Pharmacy medicines) or Schedule 3 (Pharmacist Only medicines), will no longer be available over the counter in pharmacies, becoming prescription only.1,2

After implementation, people who may currently take analgesics containing low-dose codeine and wish to continue using them will need a prescription from their doctor, nurse practitioner or remote area nurse. Alternative oral OTC products are also available.1,2

While most health professionals are already familiar with paracetamol and NSAIDs for pain relief, the paracetamol/ibuprofen combination medicines may be less well known.

What is the clinical evidence behind these combination products? Where do they fit into the pain management ladder? Can prescribers and pharmacists confidently offer paracetamol/ibuprofen combinations as an alternative to codeine-based analgesics?

Therapeutic rationale for the combination

Current evidence suggests that for some types of pain, combining paracetamol with an NSAID may offer better analgesia than either drug alone.3

Despite its widespread use, the mode of action of paracetamol is yet to be fully determined, although a centrally mediated analgesic action is thought likely.4 Paracetamol has minimal anti-inflammatory activity, implying a different mode of action from that of NSAIDs.4

The combination of two analgesics with different modes of action results in an additive rather than a synergistic effect; the efficacy of the combination in acute pain is roughly similar to the sum of the efficacies of individual agents.5

The effect appears to be primarily a pharmacodynamic one, as administering ibuprofen and paracetamol in combination does not significantly alter the pharmacokinetics of either drug.6,7

The combination of paracetamol and ibuprofen has been found to be efficacious in a variety of acute pain states, including postoperative pain, dysmenorrhoea and musculoskeletal pain.8-15

A Cochrane review assessed the efficacy of single-dose paracetamol plus ibuprofen in a variety of dose combinations after wisdom tooth removal.8

The authors concluded that paracetamol/ibuprofen combinations provide better analgesia than the same dose of either drug alone, with fewer patients on the combination requiring rescue analgesia or experiencing an adverse event.8

Comparative studies have found that paracetamol/ibuprofen combinations offer similar pain relief to that of codeine-based analgesics in acute pain, with generally improved tolerability.13-15

This suggests that paracetamol/ibuprofen may be offered as an alternative to currently availablea OTC codeine-containing analgesics in patients able to tolerate NSAIDs.

Find out more about the efficacy of these combinations  in the associated evidence summary.

Short-term studies of paracetamol/ibuprofen combinations in acute pain have not identified specific safety concerns other than those already known to be associated with the individual active ingredients.8,11,12,16

However, one study of 13 weeks found use of combined paracetamol/ibuprofen may increase the risk of bleeding over and above that associated with the individual drugs, suggesting caution should apply to long-term use.9

A retrospective cohort study that analysed the health insurance records of more than 640,000 patients aged 65 years and older found the combination of an NSAID and paracetamol to be associated with increased risk of hospitalisation for gastrointestinal events, compared with either drug alone.b,17

While co-administration with a proton pump inhibitor appeared to mitigate this risk, the combination was still associated with double the risk of hospitalisations compared with paracetamol alone.17

Consider precautions and side effects of both NSAIDs and paracetamol

While paracetamol is generally well tolerated when used at recommended doses, inadvertent overdose is possible. Advise patients to consider the paracetamol content of all their medicines.18,19

More precautions apply to the use of ibuprofen, especially in the elderly.

Use ibuprofen with caution and at the lower end of the dose range in older people and in those with kidney disease, a history of peptic ulcer disease, asthma, pregnancy, hypertension or heart failure.4,19-22

Consider the patient’s other medications, as co-administration with diuretics, ACE inhibitors, angiotensin-II receptor blockers, aspirin or other nephrotoxic drugs can increase the risk of renal impairment with NSAIDs.4,19

Place of paracetamol/ibuprofen combinations in therapy

Non-pharmacological measures (eg, hot or cold packs, rest), followed by paracetamol, should be considered first for the management of mild acute pain.19

Experts recommend a stepwise approach to the pharmacological management of acute pain.

The evidence supports use of paracetamol/ibuprofen combinations for the short-term management of moderate pain.19,23 These medicines could be offered as an alternative to codeine-based analgesics to patients for whom NSAIDs are not contraindicated and paracetamol alone is not sufficient.13-15,19

Paracetamol/ibuprofen combinations could also be considered as an alternative to higher doses of ibuprofen in some patients, by offering an NSAID-sparing effect.4

As for all medicines containing NSAIDs, these combinations should not be used for more than a few days at a time, unless on medical advice, in which case the patient should be reviewed regularly with regard to efficacy, risk factors and ongoing need for treatment.20,21

OTC paracetamol/ibuprofen combinations are not indicated for the management of chronic pain.20,21

Several OTC pain relievers that contain paracetamol and ibuprofen in combination are now available in Australia.24

The dosage regimens for these products differ and this needs to be explained carefully when recommending these products to patients, as there is the potential for confusion.

Most products, including Nuromol (Reckitt Benckiser) and a range of generics, contain paracetamol 500 mg and ibuprofen 200 mg in a single tablet.21,24

The recommended dose of Nuromol (in adults under 65 years and children 12 years and over) is one tablet every 8 hours as necessary, to a maximum of three tablets per 24 hours.21

Maxigesic (AFT Pharmaceuticals) contains a combination of paracetamol 500 mg and ibuprofen 150 mg in a single tablet.

The recommended dose in individuals 12 years and over is 1–2 tablets every 6 hours as required, to a maximum of eight tablets in 24 hours.

The manufacturer advises that ibuprofen should not be taken by adults over 65 years without consideration of comorbidities and co-medications.20

Small packs of these combinations (12 dosage units or less) are available to purchase over the counter in pharmacies as Schedule 2 (Pharmacy Medicines).23,24

Larger packs (up to 30 dosage units) are Schedule 3 (Pharmacist Only Medicines), requiring pharmacist advice before purchase.23,24

Consumer Medicine Information is available for both Nuromol and Maxigesic.