Measles is a disease that usually passes without complications, but is also potentially dangerous. Measles is almost completely preventable through vaccination. Find out why being fully vaccinated against measles is important for you and for others. 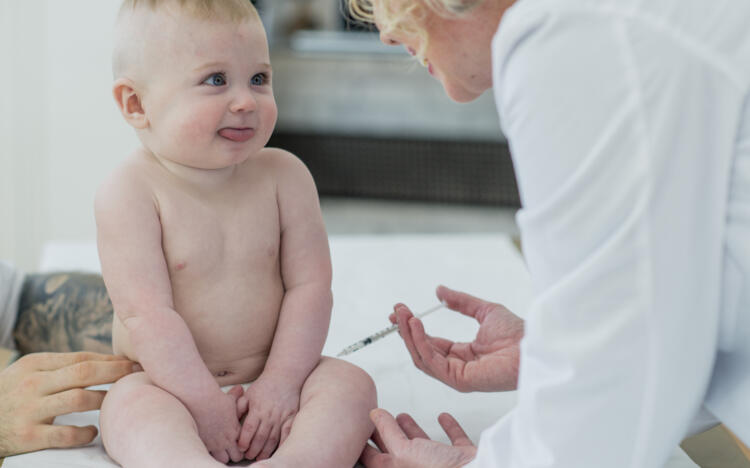 Vaccines are used to immunise people against infectious diseases that can cause illness, severe disability or even death. Find out...

Stopping the flu saves lives. Find out why getting your flu vaccine can help you and others.

An A-Z of common RTIs&nbsp;–&nbsp;infections of your respiratory tract&nbsp;–&nbsp;the parts of your body that help you breathe&nb...

Measles is a disease that usually passes without complications, but is also potentially dangerous. Measles is almost completely preventable through vaccination. Find out why being fully vaccinated against measles is important for you and for others.

Measles is an infectious illness caused by a virus from the genus Morbillivirus. Most people infected by the illness will have fever and skin rash.  Around 1 in 10 people with measles will experience other more serious complications. These include middle ear infections, pneumonia and encephalitis (brain inflammation).

Measles is very easy to catch, and to spread to other people. A sneeze or cough can spread droplets with the virus into the air and onto surfaces. Anyone in the same room as a person who has measles can catch the infection, even up to 2 hours after the person has left.

Measles is rare in Australia because of widespread vaccination that started in the late 1960s. All states and territories had measles vaccination available by 1972.

Around the world, measles is still common and is a leading cause of illness and death in children. Over 90,000 children died of the measles in 2016.

Because travellers can bring measles from other countries, it is important that we keep vaccination rates high in Australia so that measles doesn’t spread.

What are the symptoms of measles?

The signs and symptoms of measles may include:

The incubation period of measles, or the time from catching the virus to becoming sick, can be 10–14 days. People who have been infected with measles can spread the disease before the rash appears and before they know they are sick.

It is estimated that a person with measles will infect 90% of the people they come in contact with who have not been vaccinated, or previously infected with measles.

What are the possible complications of measles?

Measles is accompanied by other complications in about 1 in 10 cases. These include:

In 2017, measles and its complications caused 110,000 deaths around the world – mostly children under 5 years old.

There are also more serious complications of measles.

The risk of death from measles is higher for babies and adults who catch the disease, than for children.

Who needs a measles vaccination?

Measles vaccine is recommended for:

Under the National Immunisation Program and in state and territory government programs, the measles vaccine (as part of the MMR or MMRV combination vaccines) is funded so that it is free for almost everyone (although you may be charged a consultation fee).

If you were born before 1966, you have probably had measles or developed immunity to it through exposure. You can have this tested, if you don’t know whether you have had measles or not. It may be faster and easier to be vaccinated than to be tested.

Who can’t have a measles vaccine?

Some people are unable to be receive the measles vaccine (as part of the MMR or MMRV vaccines) because of another illness, or because of a current health situation. These people need to rely on people around them being immune to prevent the spread of measles and other diseases that could cause serious complications. This group might include:

The measles vaccine is also unsuitable for pregnant women, and women should be careful not to become pregnant within 4–8 weeks of vaccination.

How do I know if I am immune?

It can be difficult to find out if you have been vaccinated or have had measles, but asking yourself these questions might help.

Did you grow up in Australia?

How old are you?

The measles vaccine was first introduced in the 1960s, but it was not part of a 2-dose program in Australia until the 1990s. People born between 1966 and 1994 may not have received 2 doses and may not be immune. If you fall into this age group, you should talk to your doctor.

If you were born before 1966, you have probably had measles or developed immunity to it through exposure.

Are you a migrant to Australia?

People who have migrated to Australia may have missed out on the full dose of the measles vaccine. If you are a migrant, you can be vaccinated as a teenager or an adult.

If you're not sure whether you're immune to measles, you can check your immunisation history with your GP or get a blood test. You can also search the Australian Immunisation Register for any vaccinations you may have received since January 1, 1996 (when the register was set up).

If you think you may have had measles or a measles vaccination earlier in life but are still not sure, it is safe to get another vaccination. Talk to your GP.

Do I need to have a booster before travelling?

Measles is still present in many countries around the world. Australian travellers are strongly recommended to make sure they have had two doses of the measles vaccine before they travel.

Most cases of measles in Australia result from non-immune travellers catching the disease overseas and bringing it home with them. The virus then spreads among unvaccinated people in Australia.

While these outbreaks are usually limited, some communities are more vulnerable to imported measles because of lower than average vaccination rates.

Who can advise me about measles and vaccination?

Your doctor can advise you about vaccinations for you and your family.

You can find reliable evidence-based information about measles vaccine at:

Can I get measles vaccine without other vaccines?

Are there side effects or problems with the vaccine?

Like all medicines, vaccines can cause side effects, but these are usually mild and temporary.

You or your child may develop a fever 7–10 days after the vaccination that can last for 2-3 days. This can be managed with paracetamol and fluids.

Women who have been vaccinated should avoid pregnancy for 4–8 weeks after their vaccination. Check with your GP if this affects you.

There are some rare serious adverse effects of the vaccines, but they are considerably rarer than the serious complications of measles.

What conditions are NOT associated with measles vaccination?

Measles vaccination is not associated with

There is now substantial evidence that there is no link between these conditions and vaccination. The discredited false evidence for a link has been withdrawn by the journal that published it.

Is there any other way to avoid measles?

The best way to avoid measles is to have two doses of the measles vaccine as part of the MMR or MMRV vaccinations.

If you are not immune to measles and you are exposed to the disease, you should receive a measles vaccination within 72 hours.

In certain circumstances, depending on your immune status and when you were exposed to measles, you may be offered an injection of human normal immunoglobulin to help you resist the infection. Your doctor will be able to explain why this is advisable for you.

Measles spreads easily, so people who catch it should stay away from work, school, childcare and public places until at least 4 days after the rash appears. They should also be very careful to avoid contact with anyone who is more at risk from measles, such as pregnant women, young children or people who have weakened immune systems.